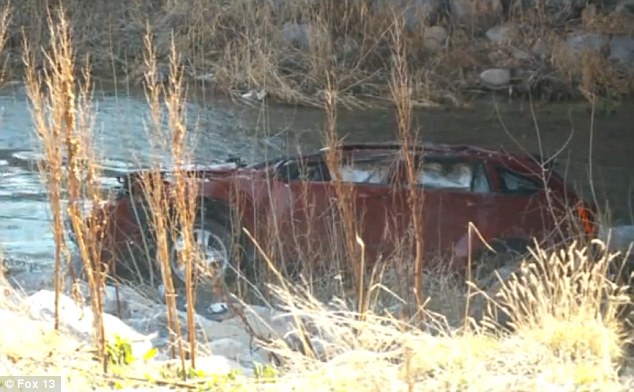 An incredible story of survival and the supernatural topped the national news this weekend. On Saturday, March 7, an 18 month-old baby was rescued from an overturned vehicle that crashed late Friday night into an icy Utah river. What led rescuers to the site of the accident has everyone scratching their heads. 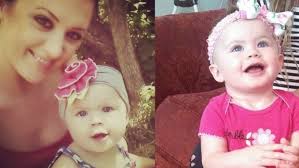 Lily Groesbeck was traveling with her 25 year-old mother Lynn Jennifer (“Jenny”) when their car apparently hit a cement barrier on a bridge and careened into the frigid waters of a river in Spanish Fork, about 50 miles south of Salt Lake City, Utah. They were returning from a visit with relatives when the accident occurred.

Fourteen hours later, a fisherman spotted an upside down car on a rocky embankment and alerted Spanish Fork police and fire. The site of the accident, although heavily traveled, had an obstructed view due to a cement barrier which prevented the car from being spotted from the bridge. 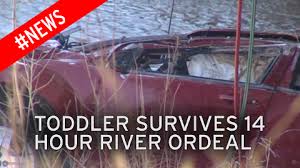 When authorities arrived at the scene they discovered the body of an adult female behind the wheel of an overturned vehicle. To their shock, they found an infant girl alive, still strapped in a car seat, hanging upside down, head mere inches above the freezing waters. How the baby survived the accident and the night with no food or water, dressed only in a onesy, with the temperatures hovering near freezing, is a miracle.
But it’s not the only miracle.
Four police officers who responded to the scene said it was a voice that led them to the crash. They all claim to have heard a woman calling for help. It was this soft pleading voice that guided them quickly to the car. They rushed into action, following the sound, assuming it was a victim of the crash alerting rescuers to her whereabouts.
The officers were stunned when they found the car. 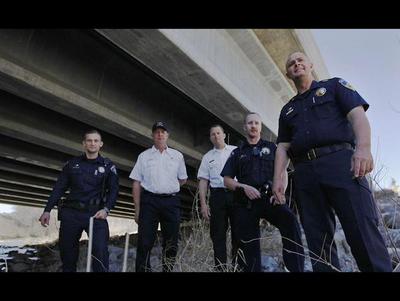 There were only two people in the wrecked car. Jenny Groesbeck had been dead for some time. Lily, who was not yet old enough to speak, was alive but unconscious.
So who’s voice did they hear?
Spanish Fork Police Officer Tyler Beddoes has no explanation for the strange voice or the fact that the baby survived the horrific ordeal.

“It’s heartbreaking. Was she crying most of the night? It’s a miracle…”

Three other police officers went on record about the ghostly voice. The cry for help was audibly heard, leading rescuers quickly to the spot of the crash, possibly just in time to save baby Lily. 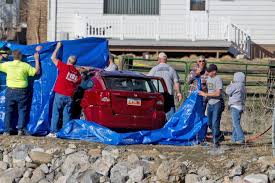 “That’s the part that really sends me for a whirl. I’m not really religious, but that’s what you think of…It wasn’t just something that was just in our heads. To me it was plain as day cause I remember hearing a voice,”  Beddoes said.

Officer Bryan Dewitt actually replied to the pleading voice, assuring them that help was on the way, 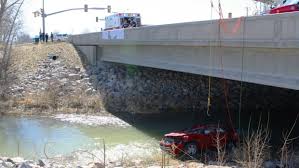 Was this an audible anomaly that existed only in the minds of rescuers? Did they imagine the woman’s voice? Or was this the spirit of a desperate mother refusing to leave the site of her death until her baby was rescued?
This type of spirit, called a crisis apparition, is not unheard of in situations like this. 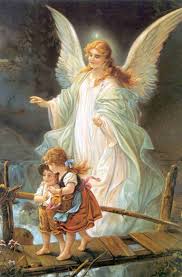 Or was this a guardian angel or a protective spirit who watched over the child, keeping her warm and safe until help arrived, then guiding them to her location in time to save her?
Guardian angel: An ethereal being who’s job is to watch over a particular person, family, or group. These unseen guides are credited with keeping their wards from harm or guarding them when circumstances become severe or life threatening. They are often said to have influence on someone’s everyday actions, leading them in a more positive direction.
Skeptics are quick to dismiss the religious or paranormal explanations but the Groesbeck family and the Spanish Fork Police have no doubt that something otherworldy was at work. Whether it was an act of God, a ghostly encounter, a mass hallucination, or wishful thinking – it doesn’t really matter. Lily Groesbeck is alive and expected to make a full recovery, and that is a miracle in my book.
As a mother and the wife of a police officer, I find this story absolutely incredible. Not because the baby survived something that should have killed her, not because something supernatural was apparently at work, but because four police officers went on record and stated this publicly. That is a slippery slope for an officer of the law. Police and the paranormal do not easily mix.

I know the ridicule police have to deal with when even hinting that they believe in ghosts. It’s often not acceptable to embrace the paranormal when in positions of authority. It is an open invitation to attack their credibility and even their sanity.
In this particular case, I think all parties involved would be happy to call this a miracle. A precious life has been saved so maybe the circumstances that led to her rescue are not as important as the outcome.
This incredible story of survival and miracles has pulled tightly on the heartstrings of the nation. There has been an outpouring of support for the Groesbeck family who launched a GoFundMe campaign to help with medical expenses for little Lily.
As the Groesbeck family grieves for the loss of a loving wife and daughter, they rejoice in the knowing that Lily is alive. Maybe it gives them comfort to believe that an angel was watching over her. If they choose to believe that Jenny’s final act as a mother was to protect her child, that the love for her child was so strong it transcended death, then so be it. Sometimes a miracle is just what’s needed for the healing to begin. 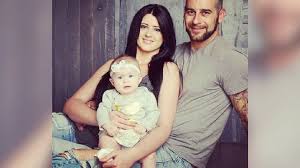