Emile Sagee: The Reluctant Doppelganger A Historical Case of Bilocation 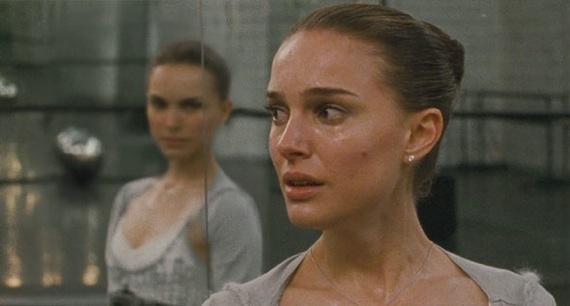 Has someone ever sworn they’ve seen you somewhere but you have never been anywhere near that location? That may have been your doppelganger! A recent picture posted by a friend of America’s Most Haunted on Facebook triggered my curiosity about this subject. The post was about a French woman by the name of Emile Sagee, subject of one of history’s most famous examples of ubiquity, a documented doppelganger case! 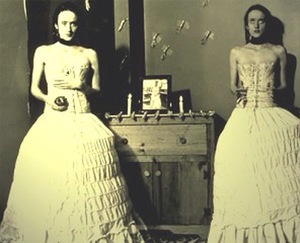 A doppelgänger is thought to be the exact double in apparitional form of a living person. Translated as “double walker” from its German origin, a doppelgänger is not a ghost in the traditional sense, but a reflection or projection of someone who is not deceased. It’s like being split in two, or having the ability to be in two different locations at the same time.
Emile Sagee was a pretty young blond girl from Dijon who worked as a teacher at several girls schools during the 19th century in France. She was said to be very likable, intelligent, and on all accounts a very good teacher. But she couldn’t hold a job. Sources claim she was dismissed from 18 different schools due to the strange phenomenon that seemed to happen whenever she was around.
In a historic case of bilocation, she was often spotted in two places at the same time. Well documented accounts come from the prestigous Pensionat von Neuwelcke School for girls in France, an exclusive institution for daughters of wealth, nobility, and fine upbringing. Her stay at Neuwelcke was short-lived due the incredible tales of ghostly apparitions that began pouring in. It seemed Emile’s living “ghost” was making the rounds at the school. 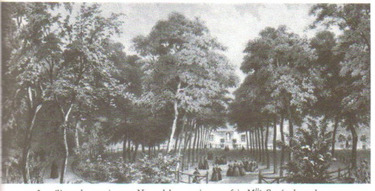 The students and staff became frightened when, on several occasions, Emile’s doppelgänger showed up right next to her! The second “Emile” mimicked her every move in a strange mirror like fashion. Emile never noticed her twin, but those who witnessed the apparition were mesmerized and terrified, especially as her movements slowed unnaturally.
In another documented incident around 1846, Emile was seen inside sitting in a chair during a classroom lesson but also spotted strolling outside in the garden at the same time. 42 students stared in disbelief at the strange ghostly figure in front of them. Two brave students tried to touch the doppelgänger but their hands passed through the phantom as if she were invisible. The girls reported a strange resistance to the ghostly figure, which had no physical mass. 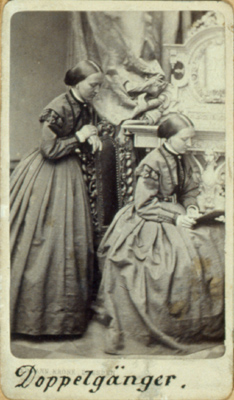 While outside in the garden, Emile did recall worrying her student’s wouldn’t attend to their work unless she was there to supervise. It was at that exact time that the girls claimed the teacher appeared to them, sitting in a chair watching them work.
Paranormal experts claim it may have been this need to be in two places at once that triggered Emile’s doppelganger to appear. Her emotional state may have been the catalyst that caused this biolocation. Unfortunately, the result was students too frightened to carry on and schools too mystified to keep her employed.
Poor Emile Sagee never saw her doppelgänger. It must have been a very confusing time for the well-meaning teacher. Maybe it’s a good thing that the girl and her “double walker” never met. According to paranormal legends, seeing one’s own doppelgänger is a bad omen, a harbinger of doom. The emotional or spiritual reaction when a living agent meets their own ghostly reflection is too powerful and will bring about an untimely death.
Surprisingly, there are other, even more famous doppelgängers, including folks like Abraham Lincoln, Catherine the Great, and Queen Elizabeth I. America’s Most Haunted: Secrets of Famous Paranormal Placesrecounts the sighting of a doppelgänger at Waverly Hills Sanatorium as well as a heavily witnessed incident surrounding Ghost Adventures frontman Zak Bagans.