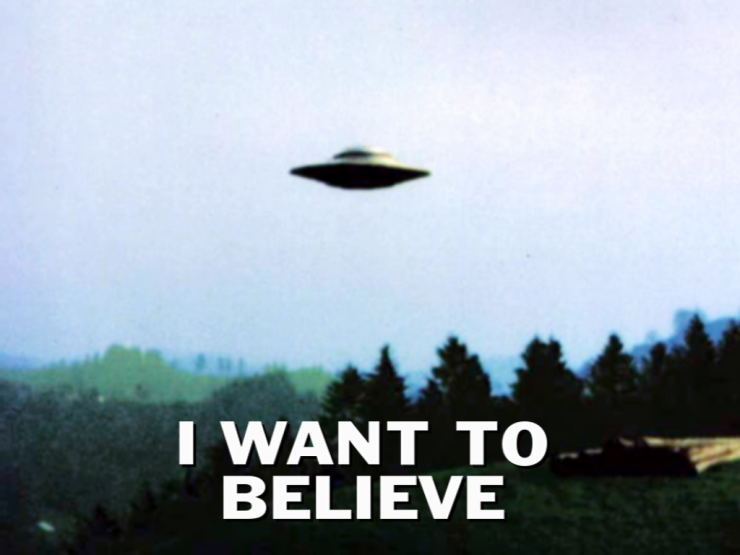 Maybe I’m naive but am I missing something here? A recent story about a UFO flying over Silicon Valley has been making the rounds on the internet. Theoriginal video, captured by a flying drone camera in “stunning ultra HD resolution,” shows four seconds of a white blur shooting across the sky at a fairly low altitude. 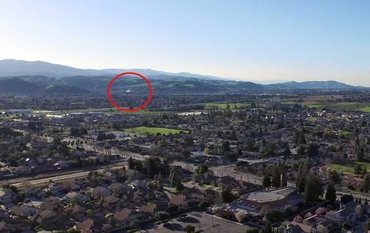 This is a UFO? Why jump immediately to that conclusion? Is it the speed? The shape? Who’s to say the video wasn’t sped up to make the object appear to be moving at a supersonic rate? Couldn’t it be a bird or another drone? Couldn’t it be something else, anything else?
Not according to thousands of “true believers.”
Here’s my problem with viral videos and things posted on the internet in general: There is no reasonable expectation of authenticity, no trusted source to refer to, and no one standing behind the footage putting their reputation on the line. Well, no one using their proper legal name anyway.
I’ll be the first to admit that I believe in the possibility of extraterrestrial life. To me, common knowledge of the vastness of the universe and basic understanding of mathematical statistics support this belief. I don’t need hundreds of jacked-up videos by conspiracy theorists and internet whack-jobs to convince me of this. I’ve never seen a UFO but I don’t need to see one to believe in one. I’ve never seen gravity either but I’m sure that it exists. 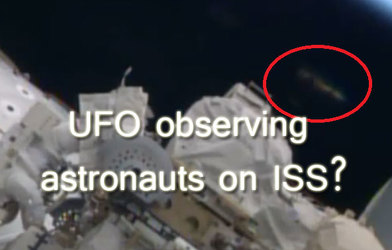 When a video such as the Silicon Valley footage gets international attention, I don’t think it helps sell the idea to the skeptical public. And that’s the primary problem with videos. Much like so-called evidence in the ghost hunting field, UFO videos and photographs are easily and often faked.
Until NASA goes public with untampered-with footage of a flying saucer captured from the International Space Station with all astronauts on board swearing to have witnessed the alien craft out the window, I’ll most likely never be convinced by a video.
But what do I know? That’s just my opinion, and you know what the say about those…
What do you think? Do you believe in UFOs? Do you believe this footage to be that of an alien space ship flying over California?