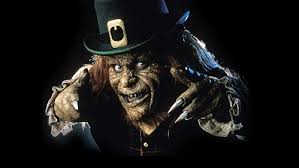 Ghosts, faeries, and other mythical creatures – Ireland is certainly a source of some of the most colorful paranormal phenomenon in the world! In a landscape dotted with historic haunted castles and ancient graveyards, the ghost stories coming out of Ireland are never ending. Here’s a few of my favorite creepy Irish things.

The White Lady of Kinsale – Charlesfort was a military fortress designed to defend against approaching enemies. A young soldier from Charlesfort married a local girl, the union commemorated with a festive and joyous celebration. 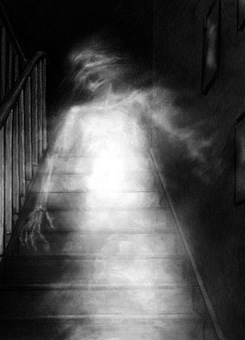 The bridegroom had watch duty on his wedding night, but the full day of heavy drinking got the better of him and he fell asleep while on watch. This was a huge dereliction of duty in the eyes of the command. He was found sleeping at his post by his captain and uncerimoniously shot on the spot. When his bride learned of her new husband’s execution, she jumped to her death from one of the fort’s walls.
Her distraught spirit never moved on. She became known as The White Lady of Kinsale. Her ghost has been spotted both outside and inside the fort. Always in a long white dress, she sometimes smiles at young children and women. A nurse spotted the apparition standing over the bed of a child who was sleeping.
Soldiers stationed at the fort report a much different spirit. Several captains swear they were pushed down a flight of stairs by an unseen force. The White Lady of Kinsale was thought to be responsible for this, angry about what happened to her husband.
Lord Tyrone and Lady Beresford of Waterford – John and Nicola were orphaned children who were taken in and raised by together by atheists guardians. The pair made a pack to never forget the Christian origins of their birth. The first to die would come back to the other, thus proving that their was life after death. 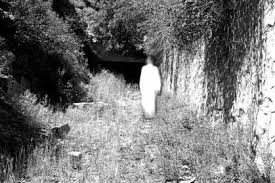 Years went on and the two grew into adult hood. Nicola awoke one night to find her foster brother at her bedside. He told her he had just died, but was there to fulfill their childhood pact.
John (Lord Tyrone) told Nicola (Lady Beresford) of prophetic events to come, including her own death at age 47. Nicola was terrified and asked for proof that the vision was real. The ghost grabbed her wrist, leaving a permanent withered mark. After that night she always wore a black silk ribbon to hide the disfigurement.
Everything her brother told her that night came true, except she lived to see her 48th birthday. She celebrated with a party, inviting family, friends, and a clergyman who knew her as a child. Lady Beresford was delighted to have outlived her brother’s predication. 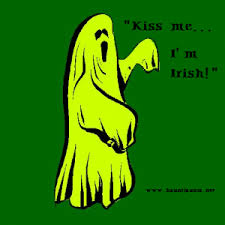 Her joy was cut short when the clergyman produced a birth registry which showed that she was actually a year older than she thought. She was indeed 48. Lady Beresford resigned herself to her fate. She went home, made out her will, and died that very evening.
Lady Beresford and Lord Tyrone now haunt the land of their birth together, dispelling any of the atheist views which were forced upon them as children.
The Banshee – Not exactly a ghost, and not quite a cryptid, the Banshee is something that strikes fear into the hearts of those who hear her cry. Usually given a feminine quality, the Banshee is a harbinger of death, appearing when someone in the household is about to die.
The Banshee is thought to be a type of dark faery creature. Although some believe she is a death omen, others believe she feeds on sadness and seeks out those who suffer from broken hearts. She can kill with the power of her cry, a high pitched scream that shatters glass and makes blood boil under the skin. 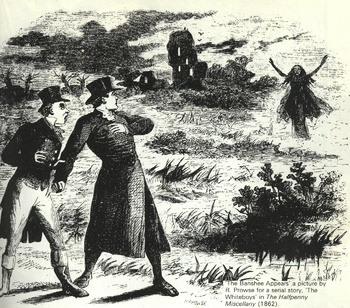 Often depicted as a decrepit old maid or a beautiful woman who transforms into a hideous witch, the Banshee is never a welcome sight. Much lore exists about this creature, its appearance, and the reason it haunts the Irish countryside. Best to break out the bible if you happen to hear the Banshee’s cry.
The Leprechaun – No story of paranormal Ireland would be complete without mentioning the Leprechaun. In the United States we think of this wee little elf dressed in green, traveling on rainbows, and guarding their coveted pot of gold. Just an innocent merry little mischief maker. Or is he?
These faery-like creatures have been given a modern makeover that renders them quite benign, but they’re actually mean little buggers! They come not from a tree or faery bush, but from the sea where their kingdom originated. They didn’t venture on land to happily grant wishes of those who tried to capture them. Leaving the sea probably pissed them off. 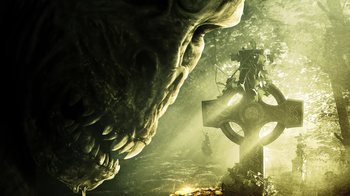 Legends say that leprechauns are a society of shoe makers with magical powers. They keep to themselves, busy with mending and cobbling. To capture one of these elusive creatures is to be granted three wishes in exchange for its freedom.
The original characteristics of the Leprechaun is that he is more of a trickster, an evil little elf who wants nothing to do with the general public. He is rather mean-spirited and enjoys playing practical jokes on the unsuspecting. He’d as soon hurt you as help you.
Maybe the Leprechaun is angry at his watered-down image used to sell everything from lottery tickets to Lucky Charms.
As you make the rounds of parades and parties on this St. Patrick’s day, show reverence for the Irish culture. Enjoy the drink but beware of ghosts, listen for the cry of the Banshee, and for God’s sake show some respect for the Leprechaun.