The Walking Dead Cannibalizes Itself Again Another major, heroic character is done away with in episode 603 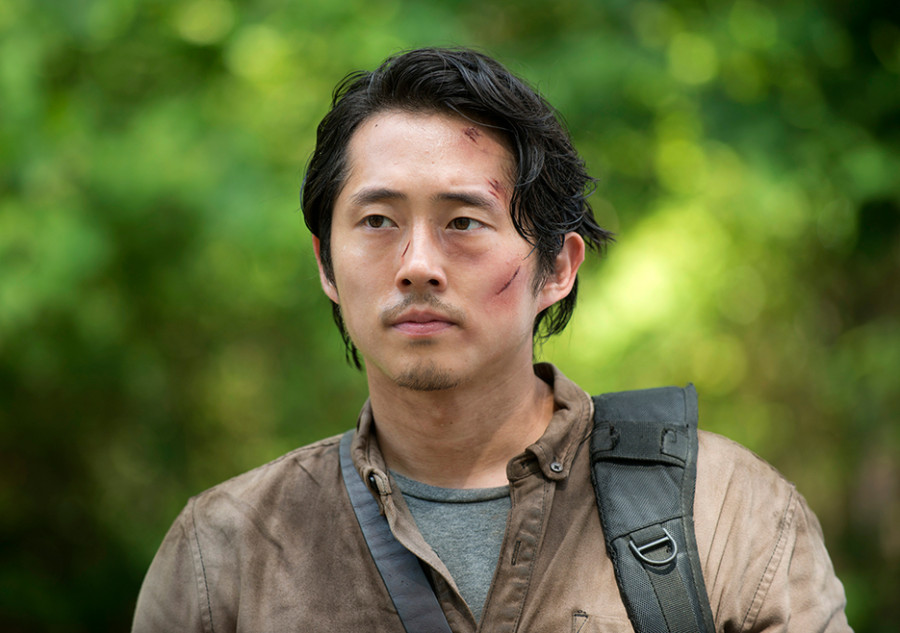 SPOILERS – Do not read if you haven’t seen The Walking Dead episode 603, entitled “Thank You.” 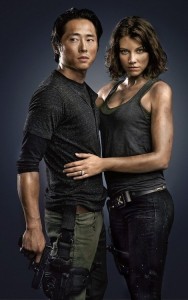 Glenn Rhee was a hero – a flawed hero, but a hero in every meaningful sense of the word. Brave, resourceful, loyal, a man of action who refused to give up basic human moral values, a husband and father-to-be. Unfortunately, in a tragedy, which The Walking Dead most certainly is, flawed heroes die. In this case Glenn was done in by his refusal to give up on a man who had let him down repeatedly, at one point even trying to kill him. In a sense, when Glenn refused to kill Nicholas last season in retaliation for his betrayal, his own fate was sealed. 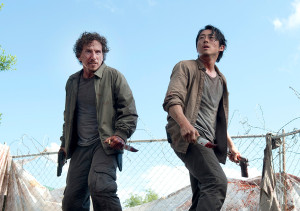 In last night’s gut-wrenching ep, Glenn desperately tried to rally Nicholas in an urgent situation with walkers swarming, exorting him to decisive action, shouting that he was “not that man anymore,” the coward and betrayer of last season. But ultimately Nicholas was still that man, never able to bridge the disjunction between the fairy tale suburban world of Alexandria and the realities of a post-apocalyptic hell afflicted with hordes of the ravenous undead and vicious, amoral humans. Rather 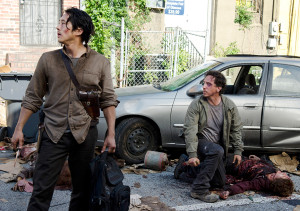 than rising to the occasion, Nicholas collapsed under pressure, dragging heroic Glenn down with him.

From the series’ macro point of view, a major character had to go, because this is a show where anyone can die at any time, and it was Glenn’s turn. From a purely actuarial perspective, if you put yourself in harm’s way enough times, the odds will catch up with you. And with the odds skewed in a highly unfavorable direction by Glenn’s unwise reliance on Nicholas, there was no overcoming the math.

We salute you Glenn Rhee, an able and admirable man, songs of your heroism will be sung and your loss will be felt more deeply than most.

There is one slight caveat to all the above – there is desperate speculation among the faithful that Glenn will somehow end up surviving – stop playing with my heart.