Why Has Hocus Pocus Become THE Halloween Family Favorite? It's about the relationships 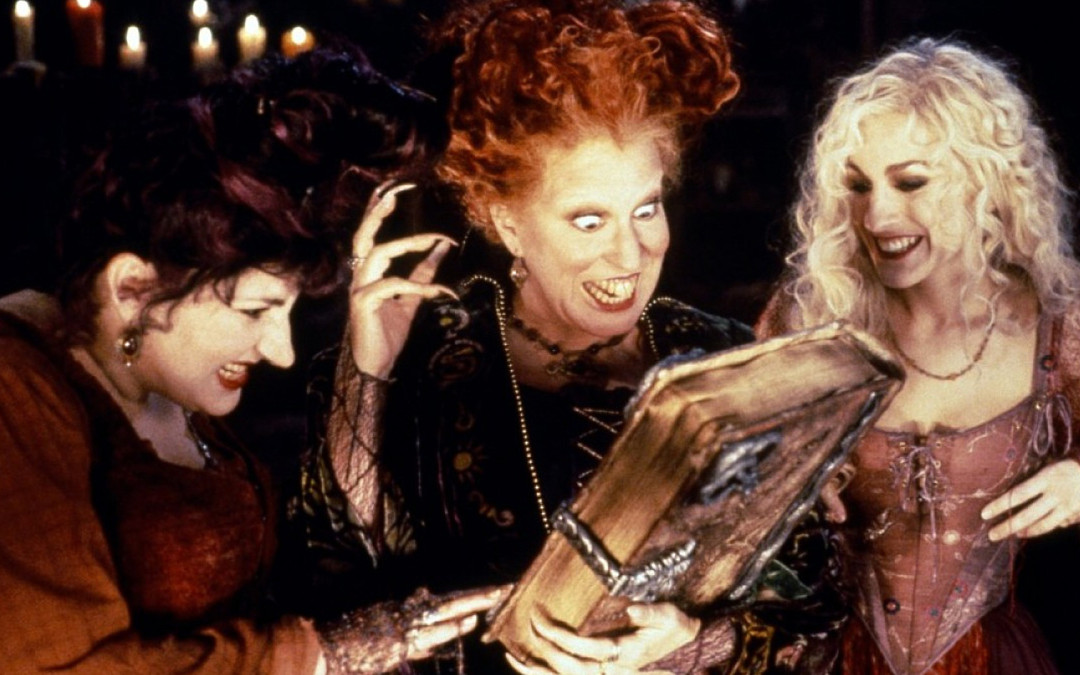 We have a family holiday viewing routine, and by “holiday” I mean Halloween and Christmas. Yes, we make a point of watching A Charlie Brown Thanksgiving, mostly for the sobering, astringent, historically accurate The Mayflower Voyagers feature that’s included in the DVD and Blu-ray packages. Damn, those people had it tough – Thanksgiving is actually pretty important – please pass the cranberry sauce.

But for Halloween and Christmas, we have a bulky catalog of Blu-rays and DVDs that we try, at least in theory, to get through every October and December respectively. As our younger two kids have gotten older (now 16 and almost 12) and busier with school and their various activities, there’s simply less time for family viewing, and of course some of the littlest-kid fare has fallen by the wayside, but for the most part it’s a stable list and, I think for us all, a reassuring tradition.

Even though the Halloween costumes, candy, and decorations have long been in stores by the time October 1 rolls around, it’s still always a shock that the season is actually here. While most/many people include general horror/scary movies in their Halloween viewing lists, we firmly reject that approach as hopelessly broad. Not that we don’t watch horror/scary shows and movies during the season, we do. We just don’t count them as “official Halloween” viewing. Christmas shows/movies are about freaking Christmas, its mythology and traditions. Halloween shows/movies should be about Halloween, its mythology and traditions, or at least take place on Halloween and acknowledge that it is a night of special moment. 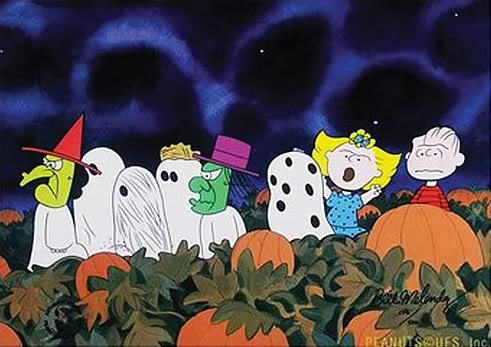 Our first order of business, always, is It’s the Great Pumpkin, Charlie Brown because it’s atmospheric, a wondrous evocation of childhood and a simpler time, the colors are awe-inspiring on the Blu-ray, and because Lucy sets her alarm for 4am to go retrieve her hopeless brother Linus from the pumpkin patch. It’s also really short so it’s easy to squeeze into a busy schedule.

Then, among our handful of absolute favorites are R.L. Stine’s When Good Ghouls Go Bad (to be discussed in a separate post), Monster Squad, Monster House, Under Wraps, the Scary Godmother duo (there should be more!), the Halloweentown trilogy (there should be less), The Nightmare Before Christmas, and Hocus Pocus.

Hocus Pocus has unexpectedly but perhaps inevitably become the consensus family favorite of the season nationwide. When it was released, bizarrely, in JULY of 1993, it was not a smash, was reviewed lukewarmly, and went on to generate a m 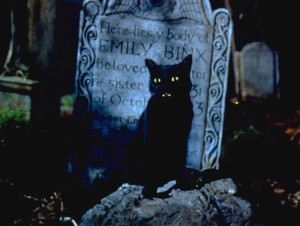 oderate $39.5 million ($65 million in 2015 dollars) at the box office. It did so for all the reasons modern day naysayers cite: it’s too campy and isn’t scary enough to be a horror film; it’s too scary and edgy to be a kid’s movie; its clever and funny but the humor veers oddly between corny and subversive; and it’s a fantasy about cheerfully evil and powerful witches that has jolting bits of realism, like a teenage boy having impure thoughts about a teenage girl, the youngest witch sister reveling in her own sensuality, and the social dislocation of being the new kid in town.

So, being neither fish nor fowl, it was rejected by most reviewers and received with only modest enthusiasm by the public.

Now, flip everything I just said around: once you slip into its groove, all of the previous criticisms become assets and keep its audience as broad as possible, like 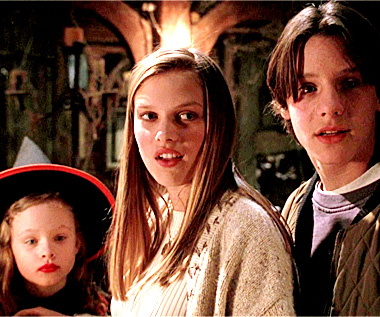 any great Disney movie. The opening is deadly serious and frankly disturbing as the witchy Sanderson sisters (perfectly cast Bette Midler, Kathy Najimy, Sarah Jessica Parker) lure a little girl to their cottage and steal her life force in colonial Salem before turning her brother into an immortal black cat. The sisters are caught and hanged for their wicked ways but not before cursing the villagers and announcing their return when a “virgin lights the black flame candle on Halloween,” which occurs, fatefully, 300 years later in a Salem of the mind where no one has a New England accent and a 300+ year old witch’s cottage is still standing more or less undisturbed.

If you are reading this you have very likely seen the movie many times and know the exciting plot, as the new kid in town (Omri Katz), the girl of his dreams (lovely Vinessa Shaw), and his little sister (an impossibly cute Thora Birch) try to stop the reconstituted Sanderson sisters from sucking the life force out of them and/or any other children in town before dawn ends Halloween.

But ultimately, it’s the relationships in the film that are its secret weapon and have made it a perennial favorite. Max may be a petulant SoCal-transplant teen who is very unhappy in this new setting, but he loves his little sister Dani and doesn’t want to disappoint her. And she may be willing to be annoying to get her way, but the feeling toward her big brother is mutual. Their relationship is mirrored by the brother and sister from the colonial Salem opening, and Zachary Binx is tortured by the loss of his little sister Emily far more than by being an immortal black cat. Max may be resentful about the dislocation, but doesn’t seem to particularly blame his parents. Max’s relationship with Allison may stem from romantic longings but they become partners in adventure and protectors of Dani. Even the Sanderson sisters themselves, though under the magical yoke of powerful Winnie (Midler), are dependent upon each other for emotional support and enjoy each other’s company as long as things go their way.

These bonds are the true source of feeling for a seasonal film that has come to be loved.