Adventures in Pareidolia From Mars to clouds to a dog's butt, we see what our brains tell us to see 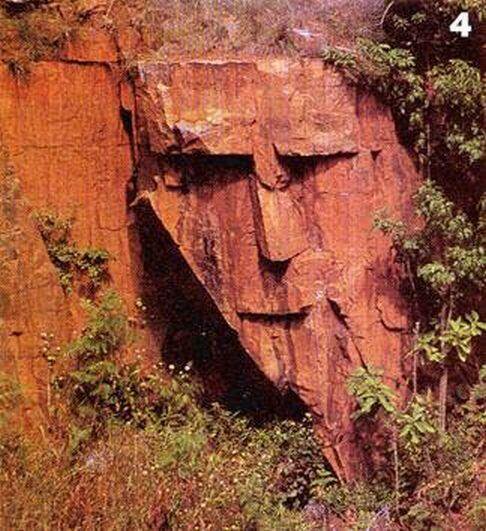 Pareidolia — “the imagined perception of a pattern or meaning where it does not actually exist.”

Much, if not most, paranormal “evidence” simply comes down to misidentification. A key element in misidentification is pareidolia, the tendency of the human brain to find recognizable patterns where they don’t exist, or are merely coincidental. We hear “words” in the white noise static of an EVP. We see a humanoid form in the mist of a cemetery. We see a monster in a floating tree trunk.

Pareidolia is a very natural phenomenon, one bred into humans by evolution because recognition of a sabre tooth tiger hiding in the brush makes it much easier to not be eaten and pass on one’s genes.

On the brighter side of the evolutionary coin, facial recognition from a very early age also confers great advantage. “As soon as the infant can see, it recognizes faces,” Sagan wrote in his 1995 book The Demon-Haunted World. “And we now know that this skill is hardwired in our brains,” he continues. “Those infants who a million years ago were unable to recognize a face smiled back less, were less likely to win the hearts of their parents, and less likely to prosper.”

Since there isn’t much of a downside to recognizing patterns that aren’t actually there, most humans are face-recognizing fools, seeing them all hither and yon and willy nilly. An interesting case is the face of Jesus, which is spotted quite regularly. What’s so intriguing about this is that no one actually knows what the face of Jesus looked like, so the face that pops up everywhere is really just our collective perception of His visage.

And by “everywhere” we mean everywhere, for example a dog’s hindquarters. 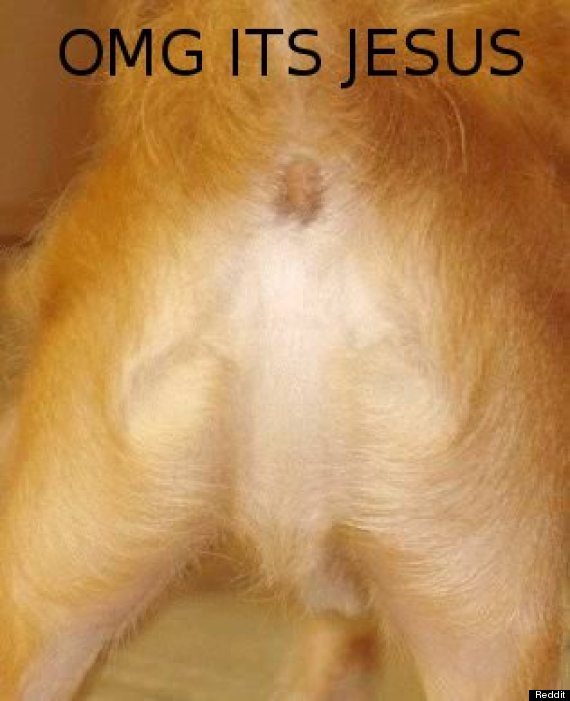 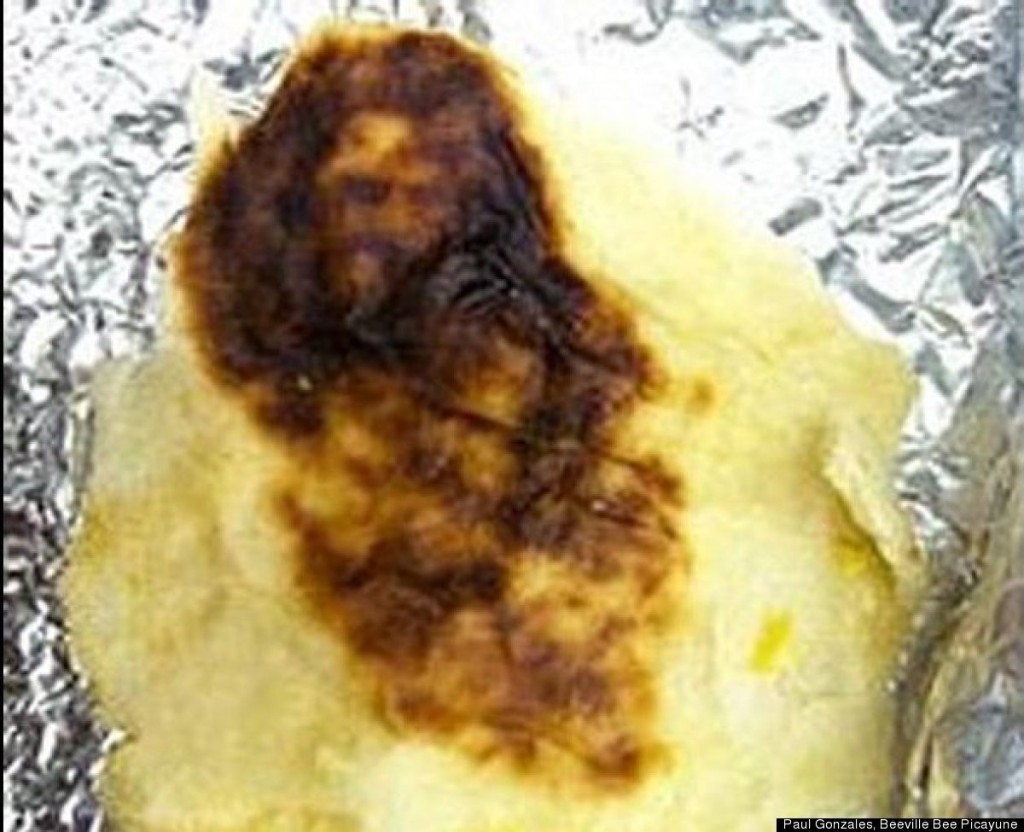 Erica Scheldt found Him on the back of a stingray found near James Island, South Carolina. 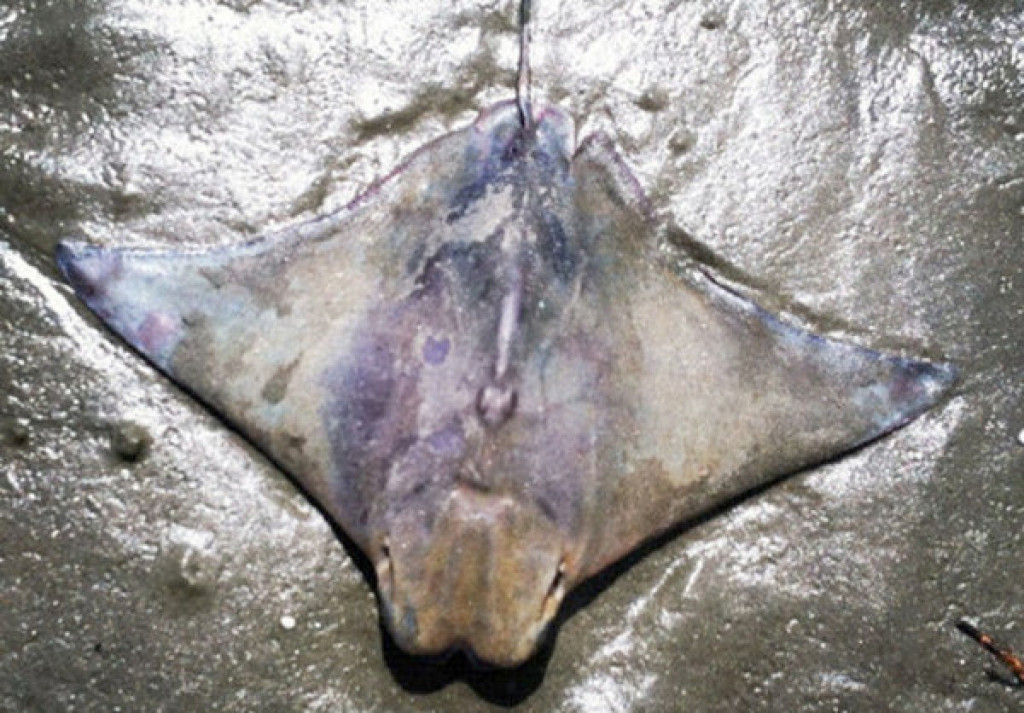 Lordy! Even at Wal-mart. 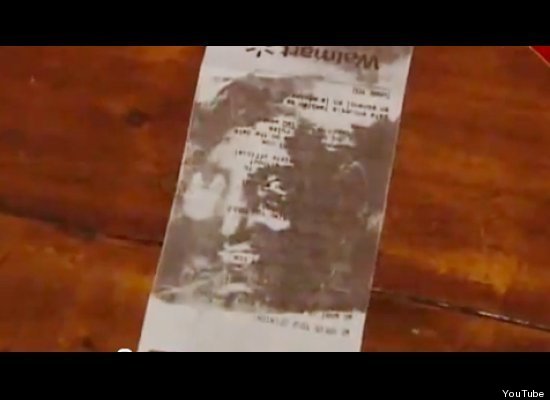 Sometimes, the image is so striking, it’s hard to believe we aren’t seeing a face, even when we know we are just looking at a pile of rocks jutting from a cliff near Ebihens, France. 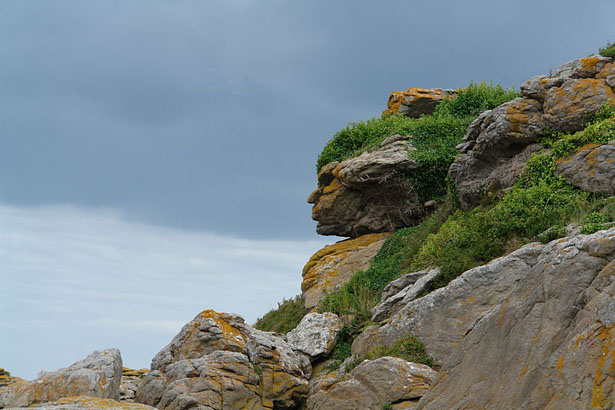 UFO researchers have been going nuts over the steady stream of images sent back to Earth by the Mars rover Curiosity, seeing everything from a crab 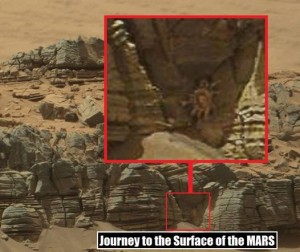 to a floating spoon to a squirrel-rat thing. 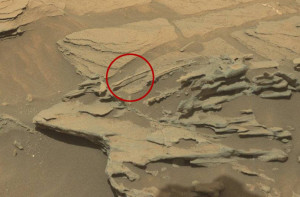 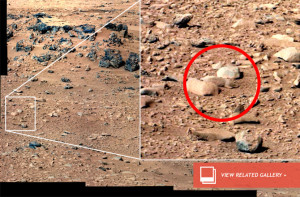 Examples of pareidolia are as numerous as they are entertaining. Just today, a thoughtful face with deep-set eyes looked down upon Manchester, UK. 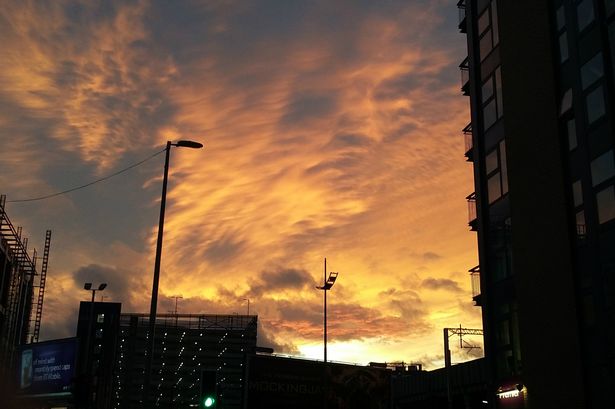 It’s the old “faces in the flames” routine from an August, ’15 fire at Park Congregational Church in Llanelli, South Wales. 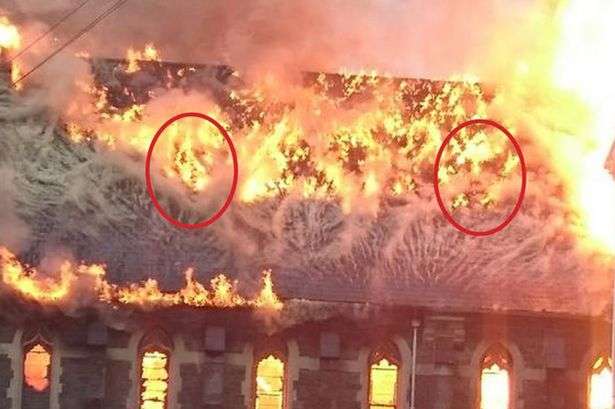 The lesson of all this is that the eyes (and ears) do deceive – this knowledge should throw a little uncertainty into all perceptions.