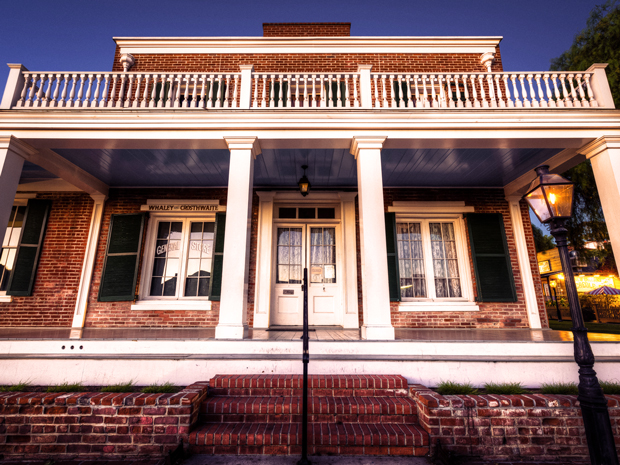 Located at 2476 San Diego Avenue, the Whaley House may not look like anything special, but it’s twice been called the “most haunted house in America,” once by Time Magazine, the other by the Travel Channel. So what makes this unassuming, two-story brick house in historic Old Town San Diego such a locus of supernatural activity?

The house has a long—and at times tragic—history. Over the years it has acted as a granary, San Diego’s first commercial theater, and the county court house, in addition to housing the Whaley family from 1857 until 1885 and again between 1909 and 1953. Built by family patriarch Thomas Whaley with bricks from his own brickyard, the Whaley House was the first two-story brick building in San Diego and remains “a classic example of mid-nineteenth century Greek Revival architecture.” In 1960, it was added to the state’s register of historic landmarks and opened to the public as a museum. 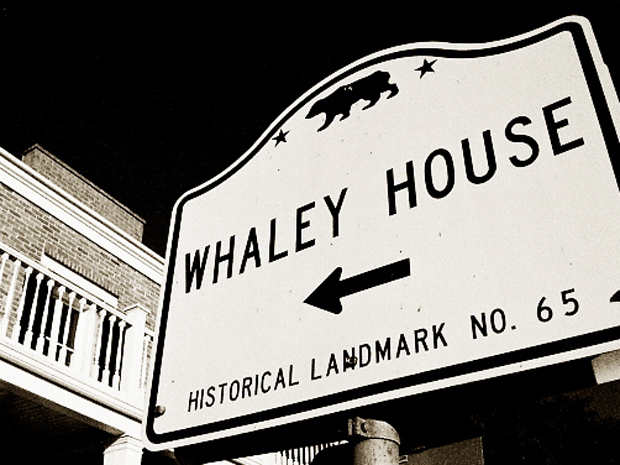 To find the origins of the Whaley House hauntings, you have to go back farther than the house itself. Before the first bricks were laid, the ground where the Whaley House would be built was used as a makeshift gallows. In 1852, James “Yankee Jim” Robinson was convicted of attempted larceny and hanged in the back of a wagon over the spot where the house now stands.

According to newspaper accounts of the time, “Yankee Jim” kept his feet on the wagon as long as he could, and when he was finally pulled off, “He swung back and forth like a pendulum until he strangled to death.” 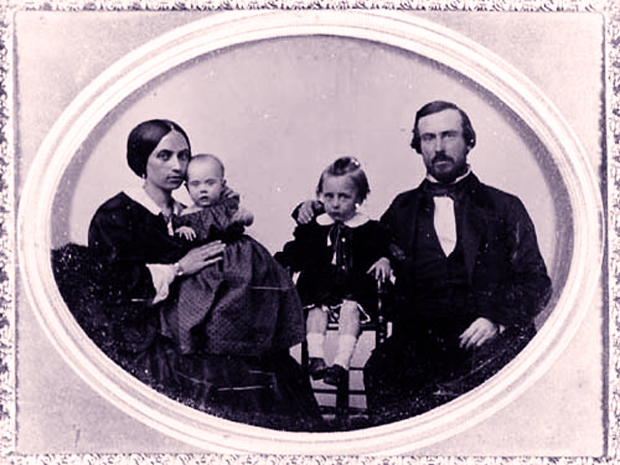 A portrait of the Whaley family

Thomas Whaley witnessed the execution, but didn’t let that deter him from buying the property to build his family home in 1857. Almost as soon as the family moved in they began to hear heavy footsteps moving through the house, which Thomas Whaley said sounded like they were made by the “boots of a large man.” Eventually, the family concluded that these footsteps were the work of the ghost of “Yankee Jim.”

“Yankee Jim” wasn’t the last death that the Whaley House would see. The Whaleys’ infant son Thomas Whaley Jr. died of Scarlet Fever in the house when he was only 18 months old. Years later, in 1882, the Whaley daughter, Violet, married a man who turned out to be a con artist who left in the midst of their honeymoon.

A dejected Violet returned to San Diego, without her husband. She never fully recovered from the scandal, and in 1885 she committed suicide in the house by shooting herself in the chest with her father’s gun. She left behind a suicide note composed of lines from the Thomas Hood poem “Bridge of Sighs”: Mad from life’s history/Swift to death’s mystery/Glad to be hurled/Anywhere, anywhere, out of this world. 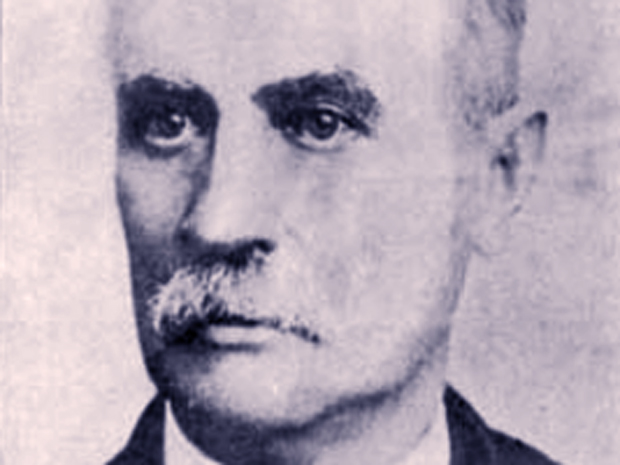 Over the years, plenty of visitors to the house have encountered ghostly phenomena within its walls. Thomas Whaley’s ghost is often seen, especially on the upper landing. Other encounters include his wife Anna Whaley in the downstairs rooms or garden. Even the Whaley’s dog, Dolly, gets in on the act, with one parapsychologist claiming to see a dog running down the hall into the dining room, while another visitor felt something brush against his leg.

The Whaley House and its attendant hauntings have been featured on a variety of television series, including Ghost Adventures and Syfy’s Fact or Faked: Paranormal Files, and the list of people who claim to have witnessed spectral phenomena extends to celebrities. Comedian Tom Green called out to the spirits in one room and was answered by a child’s voice, which was caught on tape, while Regis Philbin visited the Whaley House in 1964 and saw what he thought was the ghostly presence of Anna Whaley, a “filmy white” apparition that appeared in front of her portrait. The television personality was later said, “You know a lot of people pooh-pooh it because they can’t see it. But there was something going on in that house.” 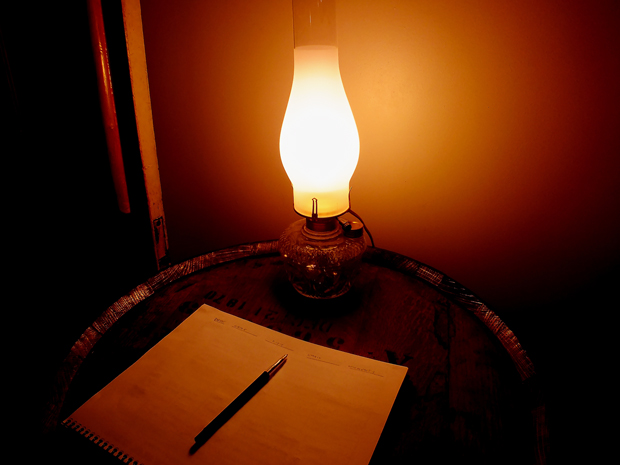 In 2012, the horror film The Haunting of Whaley House used the house and its history as its basis, though the movie was actually shot at the Bembridge House in Long Beach. The Whaley House and “Yankee Jim” are even mentioned briefly in the second Hellboy animated movie Blood and Iron.

These days, the Whaley House is a museum that provides plenty of historical information for believers and skeptics alike. Yet the Save Our Heritage Organization that currently operates the property doesn’t neglect its haunted history, either. Late night ghost hunting tours are offered on the last weekend of every month, with extra tours available around Halloween.