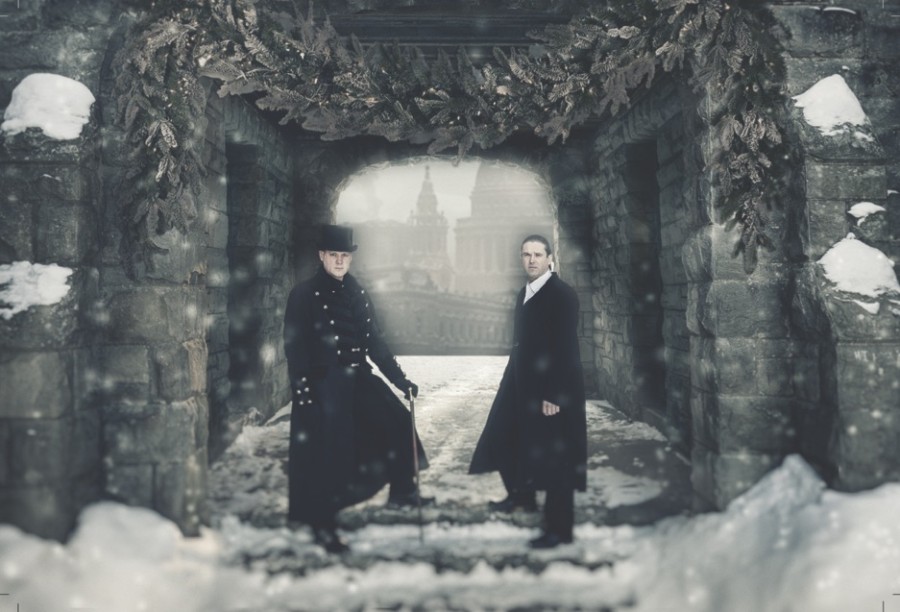 Listen live right here Thursday night, December 3, at 9pE/8C to After Hours AM/America’s Most Haunted radio as hosts Joel Sturgis and Eric Olsen welcome Halloween music legends Midnight Syndicate to the show. We will be discussing the duo’s amazing two-decade career creating distinctive, gothy instrumental music that has become a staple of the Halloween season, and digging into their new instant-classic foray into Christmas music, Christmas: A Ghostly Gathering. The podcast recording of the show will be available here as well.

For almost two decades, Northeast Ohio-native composers Edward Douglas and Gavin Goszka have been known as Midnight Syndicate, creating symphonic, gothy soundtracks to real and imaginary horror films that have become a staple of haunted attractions, amusement parks, stores, and homes worldwide throughout the Halloween season. In 2014 they branched out to perform live for the first time, bringing their thrilling musical show, Legacy of Shadows, to Cedar Point for its 18th annual HalloWeekends seasonal event.

In Christmas: A Ghostly Gathering, the gothy duo arrange and perform a wide variety of seasonal favorites and a few originals that work remarkably well as a 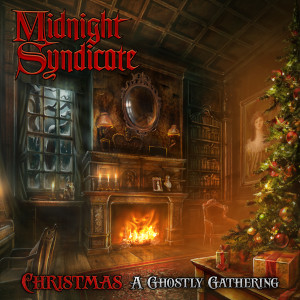 soundtrack for Yuletide festivities, and as a satisfying expression of their ever-expanding musical and recording sophistication. The scene is set evocatively: “As fierce winter winds cut across the frozen landscape, a welcoming golden glow beckons from the windows of a venerable country mansion. Decorated in the festive trappings of Yule, its stately walls seem to offer a much-needed respite for the weary traveler. But the holiday spirits are restless and eager for company this night, as the haunting strains of melodies old and new call forth from the shadows.”

Lovers of Christmas music in general will appreciate their exquisitely produced, alternately lovely, stirring, haunting, and festive holiday reveries. And the band’s loyal fans will enjoy the subtle subversion of the whole affair, where the shift from major to minor key can make all the difference in mood and tone.

Talking Weird Christmas Customs with Gerry Bowler on After Hours AM/America’s Most Haunted Radio
Werewolves of Yule
Mari Lwyd – The Party Animal Horse Skull of Wales
Krampus – The Rise of the Anti-Claus
Talking Krampus with Novelist Richard Kadrey on After Hours AM/America’s Most Haunted Radio
The Yule Log
The Macabre Adventures of St. Nicholas
Santa Claus and the Magic Mushroom
Midnight Syndicate Brings Spooky Sensibility to CHRISTMAS: A GHOSTLY GATHERING
SCROOGED Should Be On Your Christmas Horror List