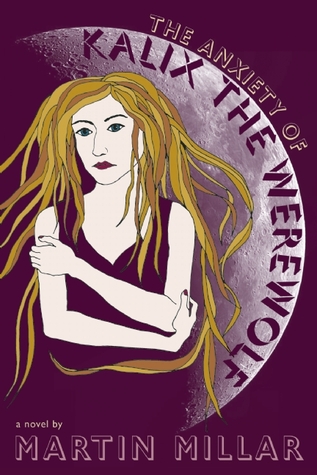 The Anxiety of Kalix the Werewolf by Martin Millar from Soft Skull Press is the third in his series of books featuring Kalix MacRinnalch, the youngest child of the ruling werewolf clan of Great Britain. As she’s about to turn 18 Kalix finds herself still an outlaw (she killed her father the Thane) and living in London far removed from the ancestral home in Scotland.

However, her living situation has improved somewhat since we first met her back in The Lonely Werewolf Girl. She’s sharing an apartment with two humans, Daniel and Moonglow, and a Hiyasta fire elemental, Agrivex (known as Vex). While she’s still suffering from panic attacks, an eating disorder, and a tendency towards self -harm – she’s addicted to laudanum and cuts herself when her anxiety is at its most severe – life is still better. Her family is no longer actively trying to have hunted down and returned to Scotland (dead or alive) for her crimes and she has friends who care for her.

While things might be looking a little more positive for our werewolf heroine, plans are afoot that could see her once more thrust into a horrible maelstrom. For the Avenaris Guild, werewolf hunters, are gearing up to see if they can finally destroy their historic enemies the MacRinnalch clan once and for all. Not only have they recruited new hunters from all over Europe they have found themselves a powerful alley in the person of Empress Kabachetka, the ruler of the Hainusta fire element dimension.

Kabachetka has long begrudged being outshone in the fashion world by Malveria, Queen of the Hiyastas and Vex’s aunt. As Malveria’s cloths are designed by Kalix’s eldest sister Thrix, Kabachetka sees an alliance with the Avenaris Guild against the MacRinnalchs as the perfect opportunity to not only gain revenge but clear the field of all competitors for being the best dressed fire elemental in all dimensions.

If this all sounds rather confusing, and a little bit convoluted, well, I’ve only revealed the tip of the iceberg. For as well as those named above, the pages of The Anxiety of Kalix the Werewolf are peopled with the same host of characters who appeared in the previous two books – including Kalix’s extended Werewolf family and the clans associated with them, other magical/mythical beings, and even a cameo appearance by Joan Jett. (Kalix is a big fan of Jett’s first group The Runaways.) 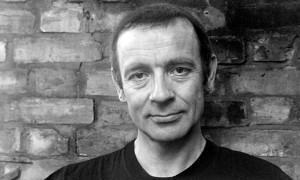 However, Millar does a wonderful job of ensuring all the different threads in this story are woven together seamlessly. While he writes chapters that are sometimes merely short bursts of description or brief encounters between one or two characters, each helps to complete our picture of what’s happening in the story. We watch as the story builds to its climax – the battle between the werewolves of the MacRicnnalch clan and Avenaris Guild – while coming to appreciate each character more and more.

At the same time, Millar continues to do a wonderful job of describing and detailing the effects of anxiety and panic disorder. It doesn’t matter that Kalix is a werewolf. When we step inside her mind and listen to her thoughts we gain a deeper understanding of the fears people suffering from this condition experience. Even the simplest matters can become extremely complicated. What’s especially wonderful about Kalix’s character is how straightforward her thought processes and reactions are. These are thoughts any of us could have; that any of us could experience.

Of course, not all of us are werewolves who were born in their wolf shape on a full moon – which we’re given to understand is so rare an occurrence that Kalix was the first.  During battle she becomes a berserker who feels no pain and will let nothing stop her from ripping an enemy’s throat out. It seems like a good way to vent.

There is nothing cute or romantic about the werewolves in this book. In their human forms they have all the same weaknesses and foibles other people have while being fearsome warriors who rip the throats out of their enemies without a second thought. That they design haute couture, use computers (difficult to type when you’re in your werewolf shape), donate to art galleries, and play in rock and roll bands might bring them into the 21st century, but they won’t back down when challenged.

The Anxiety of Kalix the Werewolf can be read as a stand alone book, but I’d recommend reading both The Lonely Werewolf Girl and Curse of the Wolf Girl first. Not only will you appreciate this book more for having done so, but they are well worth reading on their own merits.

Millar has a marvelously quirky style of writing that might take a bit getting used to, but once you get into the flow of the book you will find yourself swept along for the ride. There aren’t too many authors out there who could have handled the demands of creating such a complex collection of characters and plots and made it so easy to follow without being simplistic. A great book and a fun read for anyone sick and tired of paranormal romance novels.

REVIEW of CURSE OF THE WEREWOLF GIRL

REVIEW of THE LONELY WEREWOLF GIRL