Robert the Haunted Doll If you're headed to Key West, build in time to pay your respects to Robert 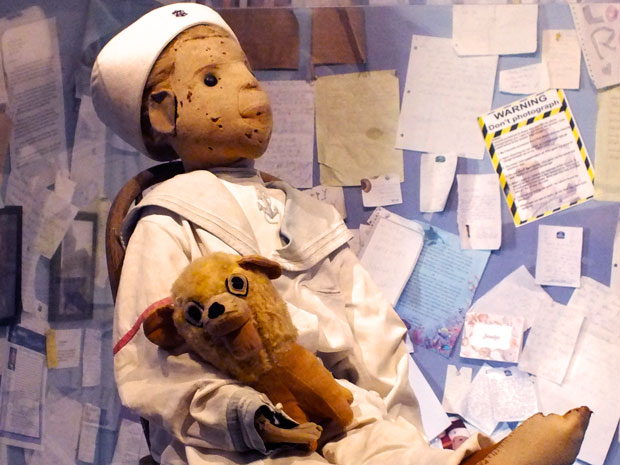 It sounds like something straight out of a James Wan film, and given the success of The Conjuring‘s Annabelle, don’t be surprised if it gets turned into one before long. But Robert the haunted doll is a real-life fixture of Key West, Florida—with one freaky reputation.

Created around the turn of the century, Robert is handmade and one-of-a-kind, with eerily blank features that were once painted on but have worn off over time. Standing over three feet tall and stuffed with excelsior, the doll is dressed in a sailor suit and named for his longtime companion Robert Eugene Otto, who went by Eugene while he called the doll Robert. 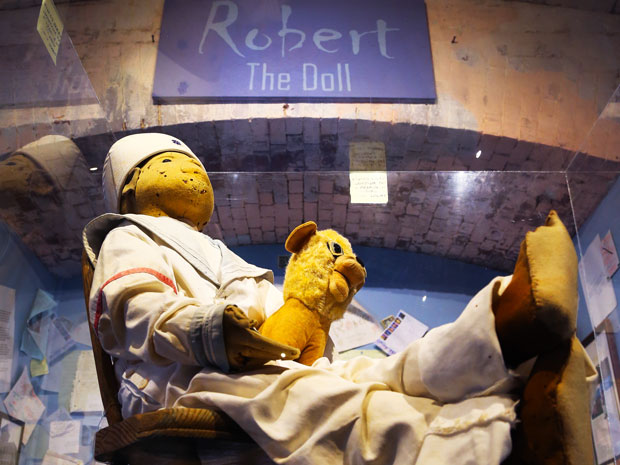 Robert was given to Eugene in 1906—some accounts claim that Robert was actually made in the likeness of his new owner. Almost instantly the two became inseparable. Eugene grew up in an affluent and artistic household, and went on to become a prominent artist and author in Key West. He’s the principal designer behind the gallery at the city’s Fort East Martello Museum in Key West—where Robert now resides.

Stories about the haunted doll began while Eugene was just a boy. Some versions say the doll was the subject of a voodoo curse, placed on it by a vengeful servant who was angry at the Ottos for her mistreatment at their hands. Others maintain the doll was simply the recipient of a lot of emotional energy from young Eugene, which invested Robert with a flicker of life. Whatever the case, strange stories have surrounded the doll for most of its existence.

While Eugene was still a child, he often blamed the doll for accidents and other misbehavior. His parents and visitors to the house reported hearing Eugene talking with the doll, while another, unrecognizable voice answered. Eugene’s other toys were found mutilated or destroyed, acts he inevitably attributed to Robert the haunted doll. Neighbors—especially children—sometimes claimed to see the doll watching them from different windows of the house.

There’s even a story that at one point an aunt convinced Eugene’s parents to get rid of the doll, moving it into her attic. The legend goes that she was found dead of a stroke soon thereafter. 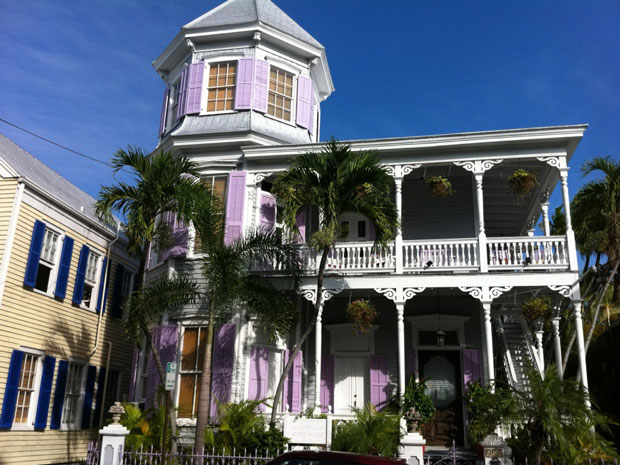 In spite of these sinister occurrences, Eugene kept the doll with him, even into adulthood. Some people say that he kept a room for it in his house, decorated like a child’s room, complete with furniture and toys from Eugene’s youth. Eugene’s colorfully painted home became known as the Artist House, and stories of Robert the haunted doll persisted even after the death of his owner in 1974.

Tenants in the house heard footsteps and giggling in the attic room where Robert was kept, and, according to the Key West Art & Historical Society, a plumber once turned around to find that the doll had moved across the room on his own. A reporter named Malcolm Ross visited Robert, and later claimed that the doll’s expression changed in reaction to things that were said in his presence. “There was some kind of intelligence there,” Ross said. “The doll was listening to us.”

Myrtle Reuter, who bought the Artist House in 1974 after Eugene’s death, kept Robert with her even after she moved to nearby Von Phister Street. She finally donated the doll to the Fort East Martello museum in 1994, confirming the rumors. Robert was haunted; he had scurried around her house on his own. 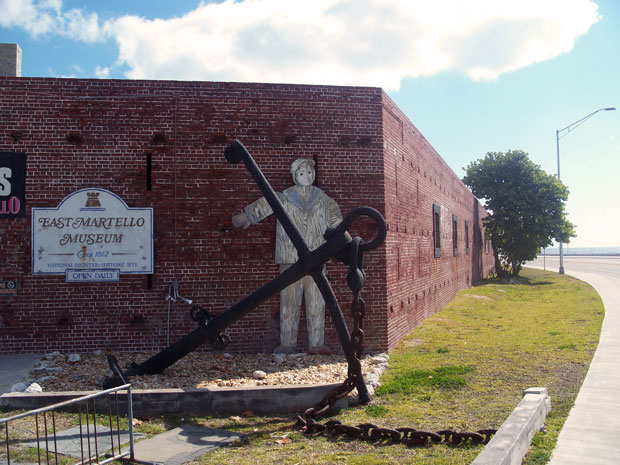 When Robert the haunted doll was put on display in the museum, staff noticed a change almost immediately. Visitors complained that cameras and other electronic devices would stop working when he was nearby, and start working again as soon as they moved away. Eerier still, letters began to arrive at the museum addressed to Robert. They were from previous visitors, apologizing for acting rudely to the doll and asking forgiveness.

What exactly happened to these visitors that would prompt such a plea is a mystery. Yet they continue to arrive at the museum, where Robert remains on exhibit to this day. In fact, the staff of the Fort East Martello Museum recommends that visitors behave respectfully while in the doll’s presence. They even suggest politely introducing yourself, just to be on the safe side… 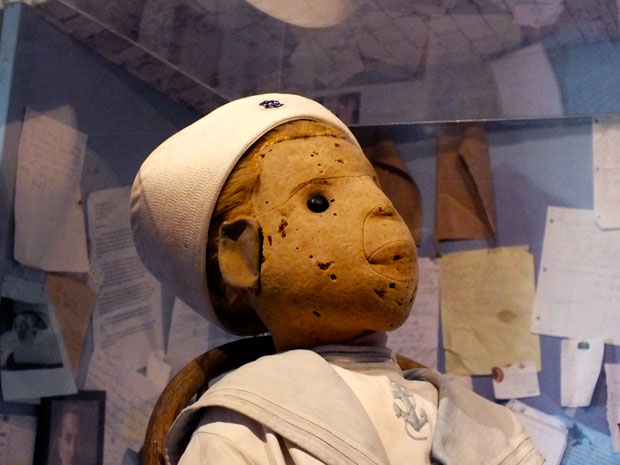 6 MOST HAUNTED PLACES IN MIAMI