FREAKS OF NATURE Blu-ray – Vampires, Zombies, Aliens, Cameos Invade Mixed monster film way better than it has to be 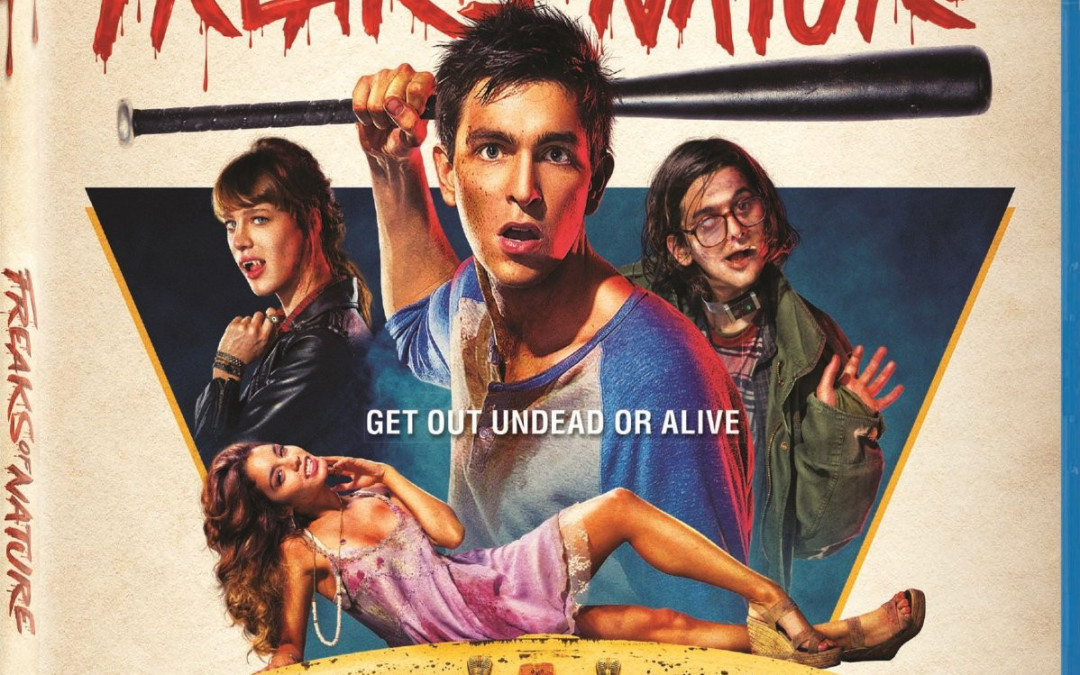 Some recent examples of mixed monsters are Van Helsing and four Underworld films — with an Underworld reboot on the way, which no one wants. So how does the new horror/comedy Freaks of Nature get away with combining humans, vampires, and zombies who fight their way through an alien invasion? It certainly helps to have a game screenplay and cast.

I hadn’t looked up Oren Uziel before watching the film and, during the opening credits, I noticed the film was executive produced by Jonah Hill. Suddenly, it clicked. Uziel is a co-writer of 22 Jump Street — one of the funniest comedy sequels of all time — so shenanigans have to ensue, right? Mostly. It gets a little caught up in the character elements, which tends to slow down the pacing. For the most part, there is plenty onscreen in Freaks of Nature to give horror fans exactly what they want. And it’s available now from Sony Pictures Home Entertainment in a Blu-ray/Ultraviolet combo pack. 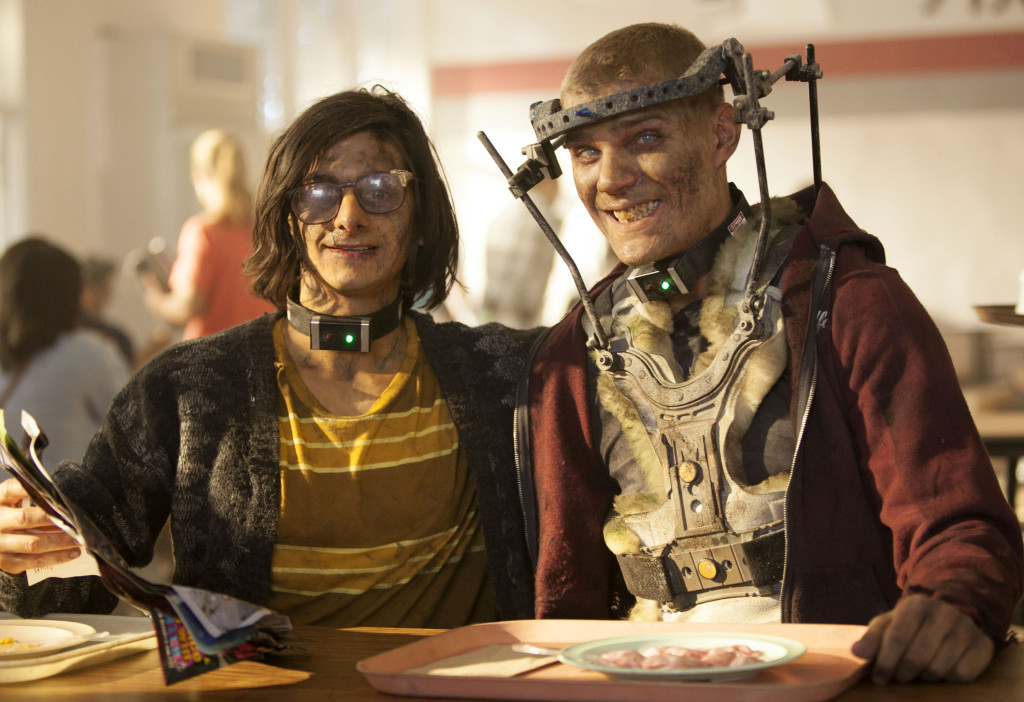 In the town of Dillford, Ohio, humans, zombies, and vampires have been living in undead harmony for years. After the town was infested with creatures, it became obvious that everyone could get along, even if it requires such extremes as zombies wearing shock collars to keep them from biting humans. That is until an alien apocalypse approaches and now human teenagers Dag (Nicholas Braun) and Lorelei (Vanessa Hudgens) must find a way to stop the aliens from invading. Aided by newly-transformed vampire Petra (Mackenzie Davis) and just-turned zombie Ned (Josh Fadem), they must band together if they want to make it through the night alive.

Sony delivers Freaks of Nature in a 2.40:1 aspect ratio on a 50GB disc with a sprinkling of special features to keep the transfer from suffering through the motions. With many action-oriented sequences, the film could have been a mess if squeezed onto a smaller disc. As it stands, it has plenty of room to breathe, never showing signs of banding, aliasing, noise, or crush. Colors are bright and bold giving plenty of shine to the splattering blood, and detail is always present. With plenty of sharpness on hand, it sometimes sheds light on some of the cheaper effects. It makes good on the practical end of things, but does also causes the wonky CGI to stick out on occasion.

The 5.1 DTS-HD Master Audio is also a lively affair. Although being a comedy first, it is a front heavy mix. But when the action kicks in, dialogue is never drowned out and there’s plenty of bass to keep it moving. Additional language tracks include a Japanese 5.1 DTS-HD, along with French, Spanish, and Thai 5.1 Dolby Digital. Subtitles include English, Chinese, French, Indonesian/Bahasa, Japanese, Korean, Portuguese, Spanish, and Thai.

The special features are short and sweet. An “Alternate Opening” (2:37) should have been kept in the final cut as it explains how the town came to be and leads right into the actual beginning. A “Gag Reel” (3:40) is an extended version of what’s shown in the end credits. Two “Deleted Scenes” include “You’ll Be Making Me Happy” (0:57) which shows more of Keegan-Michael Key clowning around with Fadem, and “I’m a Dog Boy” (3:02) is an alternate ending that actually feels way more like an ending than what’s including. Chances are, test audiences resulted in reshoots and the final ending was tacked on after the fact. It’s way too quick and easy. 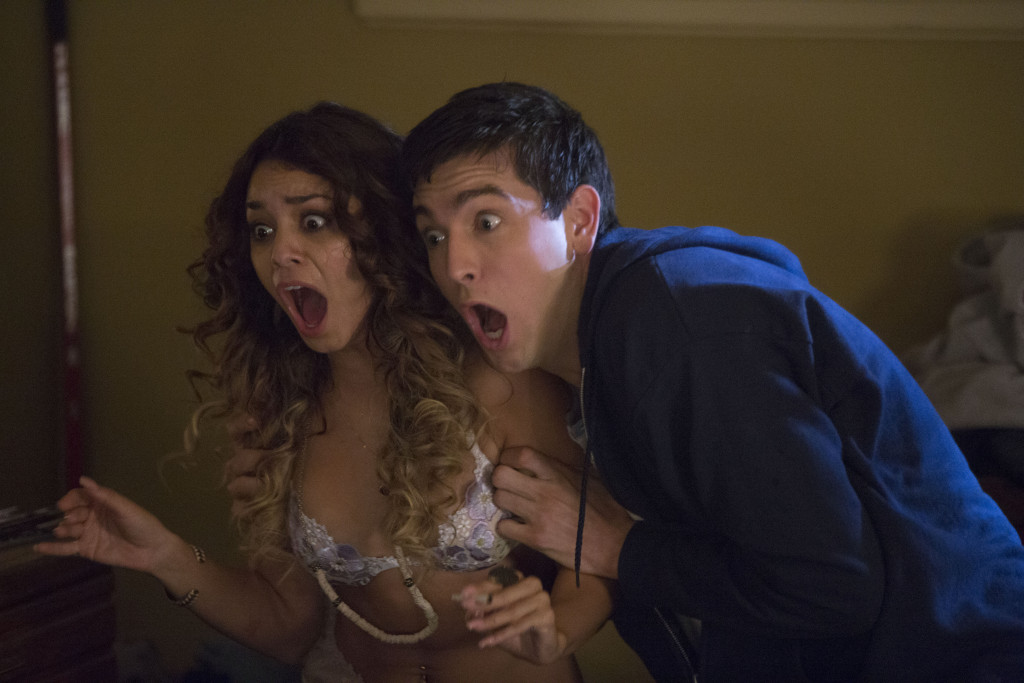 Freaks of Nature gets a lot of mileage out of its cast. Braun, Davis, and Fadem make a likeable trio — I’m sure you can guess why Hudgens didn’t make the cut of this sentence. And as fantastic as the supporting cast is — Key, Denis Leary, Bob Odenkirk, Joan Cusack, Rachael Harris, Mae Whitman, Patton Oswalt, and Ian Roberts — it’s honestly the little things that help make the film better than it could have been. With tons of visual gags and background jokes littered about, keen eyed viewers will get a kick out of the film — especially when Fadem and Key are in the teacher’s lounge.

Director Robbie Pickering never sticks to neither a character-oriented film nor a splatterfest, and the results can sometimes be a little jarring. But for what it’s worth, Freaks of Nature features a great video/audio combo to keeps the laughs flying and ensures anyone interested won’t be left wanting more. It is what it is — a horror comedy — and for a straight-to-video affair, it’s way better than average.