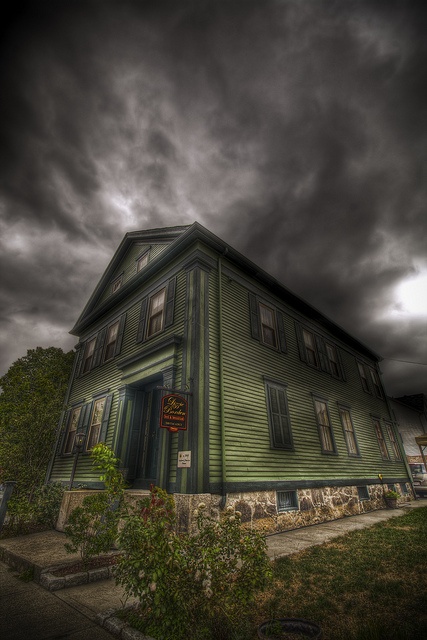 Walls of skulls, display cases containing demonic dolls or massive hairballs removed from the stomachs of beasts and humans—oh, yes, it’s about to get weird. Come along with us as we step inside America’s Creepiest Museums. 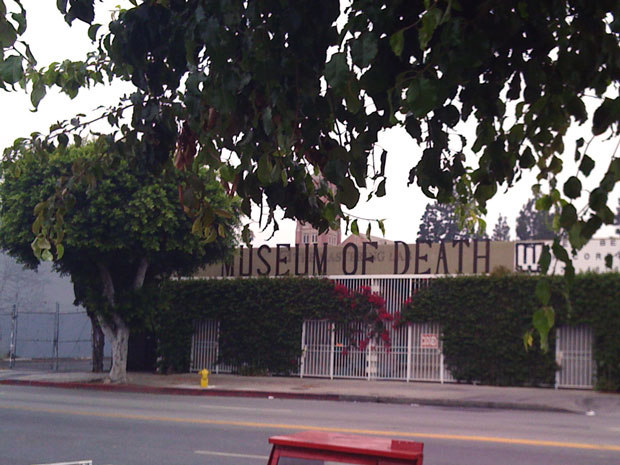 Hollywood gets Hollyweird at Los Angeles’ Museum of Death, a site that’s packed to the max with demented artifacts. If there’s one message this place wants to hammer home, it’s that everybody dies. Murderabilia mingles with all things ghastly—autopsy videos, Manson Family crime scene photos, and the severed head of French serial killer Henri Désiré Landru (aka The Bluebeard of Paris). Then again, such items are exactly what you’d expect from an institution that greets its patrons with a giant skull at its entry gate – certainly one of America’s Creepiest Museums.

2. The National Museum of Health and Medicine – Washington, D.C. 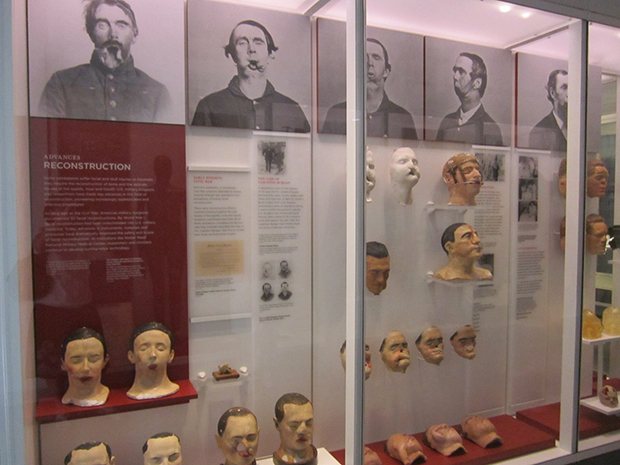 Founded by the U.S. Army during the Civil War, The National Museum of Health and Medicine may have “Health and Medicine” in its moniker, but “Sick and Twisted” is a more accurate descriptor. With an expansive collection of more than 24 million specimens—including brains, organs, bone fragments, and pieces of Abraham Lincoln’s skull—you can count on a couple of dry heaves here. Speaking of gag reflex: There is an entire exhibit dedicated to hairballs. The most disturbing chunk might be the one pulled from the stomach of a 12-year-old girl who secretly indulged in her every coiffure craving for six years. Pretty sure there’s a no-food policy here, and good thing, too. 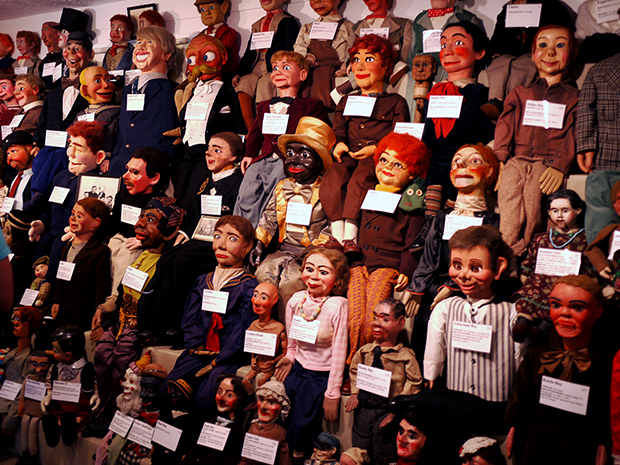 Ever see James Wan’s demonic doll doozie, Dead Silence? Then you understand why Kentucky’s Vent Haven Museum is the stuff of nightmares. Founded by a man named—no joke—William Shakespeare Berger, the Vent Haven was born after the collector’s dummy stash got so big he could no longer fit it in his garage. Today the museum contains more than 800 figurines. That’s 1,600 glassy doll eyes observing your every step you as you navigate one of America’s Creepiest Museums. Yikes.

4. The House on the Rock – Deer Shelter Rock, Wisconsin 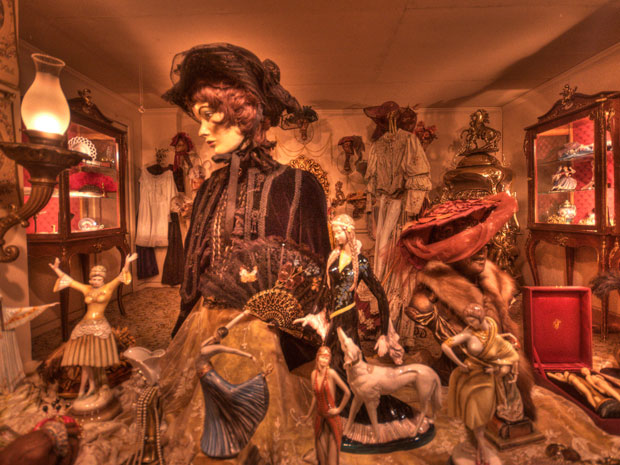 The House of the Rock will be familiar to fans of sci-fi writer Neil Gaiman, who used the site as the gateway to another reality in his fantasy novel, American Gods. The architectural gem began as one man’s dream to build a rugged retreat as awe-inspiring as its view. Today, however, the structure is more of a bizarre house of horrors: its dark and dusty rooms are packed with carny monstrosities, rotting mannequins, and a 200-foot sea monster. We don’t even want to think about what happens around Halloween, when the staff breaks out their Dark Side.

5. Museum of the Occult – Monroe, Connecticut

Connecticut’s Museum of the Occult is the personal collection of Ed and Lorraine Warren. Now a Hollywood name, the paranormal investigators began their haunted hoarding some 60 years ago. The evil goods live in their basement, which is now open for public to peruse at their risk. Relics, case files, and shrunken heads share the space with freaky possessed toys, vampire coffins, and satanic altars—all acquired from the investigations conducted by this controversial ghost-busting couple. And, yes, Annabelle’s there. While the infamous doll has been exorcised and is caged safely in a glass box, word is she still contains evil and is ready to kill again – clearly among America’s Creepiest Museums. 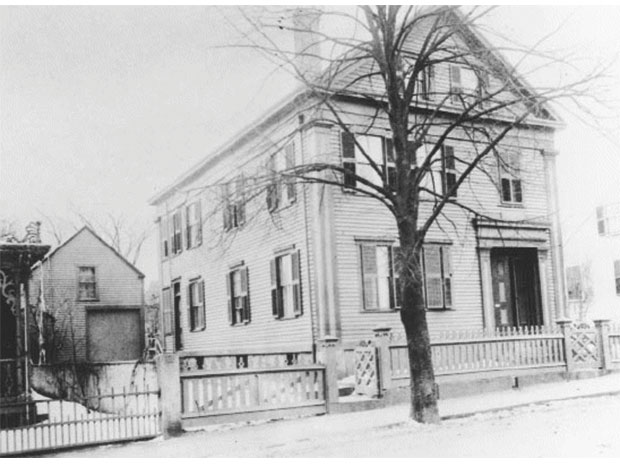 Sing it with us: Lizzie Borden took an axe and gave her mother 40 hacks. We all know the creepy nursery rhyme of the Borden family murders. Yet the fact remains: Someone hacked Andrew Borden and his wife Abby to death in their home in 1892. Now more than a 100 years later, you can step inside the infamous crime scene at the Lizzie Borden Bed and Breakfast Museum! This gallery of gore is an overnight museum, complete with gruesome crime scene photos decorating the respective rooms in which each body was found, and an a.m. meal to celebrate making it out alive. 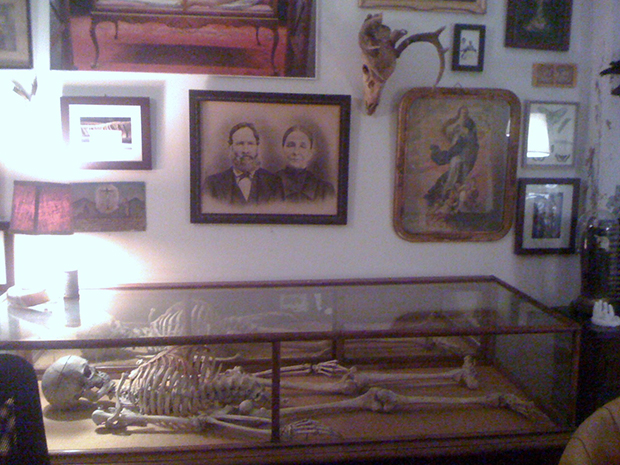 The fine folks at the Morbid Anatomy Museum had us at “books bound by human skin.” This 42,000-square-foot nonprofit celebrates death, beauty, and all the freaky things that fall in between. Such curiosities include jarred dead animals, spirit photography, and the mold of a dead woman’s face. The museum’s current “House of Wax” exhibit would make Madame Tussauds shudder with such macabre wax figures as the death masks of celebrities and murderers or wax replicas leprous and syphilitic patients. Say cheese! 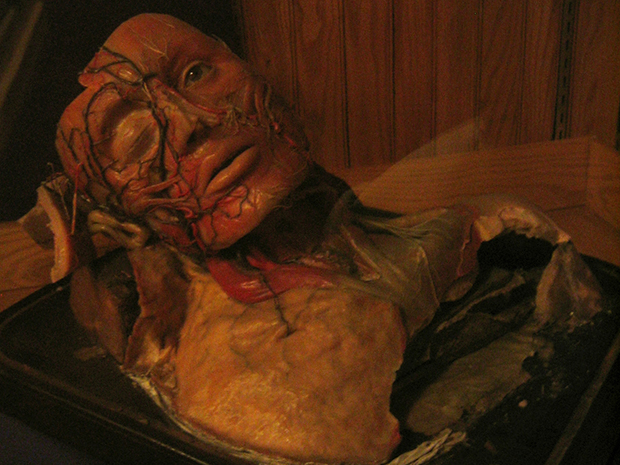 Make no bones about it: the Mütter Museum will send shivers down your spine. Look no further than the Hyrtl Skull Collection, a wall of 139 craniums complete with details of how each owner bit the big one. The museum gets its name from Dr. Thomas Mütter, the revolutionary American medical inventor whose 1858 donation got things off the ground. What began as a sort-of gross out Ripley’s Believe It or Not is now home to medical oddities, an expansive Civil War amputation kit, and a nine-foot-long human colon that once contained more than 40 pounds of you-know-what.

9. “Can’t Look Away” Exhibit at the EMP Museum – Seattle, Washington

Genre fans, rejoice! Seattle’s “Can’t Look Away” exhibit at the EMP Museum serves up an in-depth look at the allure of horror movie culture, and is curated by heavy hitters like Eli Roth, Roger Corman, and John Landis. Memorabilia on display includes Jack’s axe from The Shining and the freaky facehugger from Alien. One look and your palms are sure to start sweating all over again.

FINAL DESTINATION: A FREAKY TRIP TO THE MUSEUM OF DEATH