10 CLOVERFIELD LANE – Taut Suspense and Psychological Horror It's two, two films in one 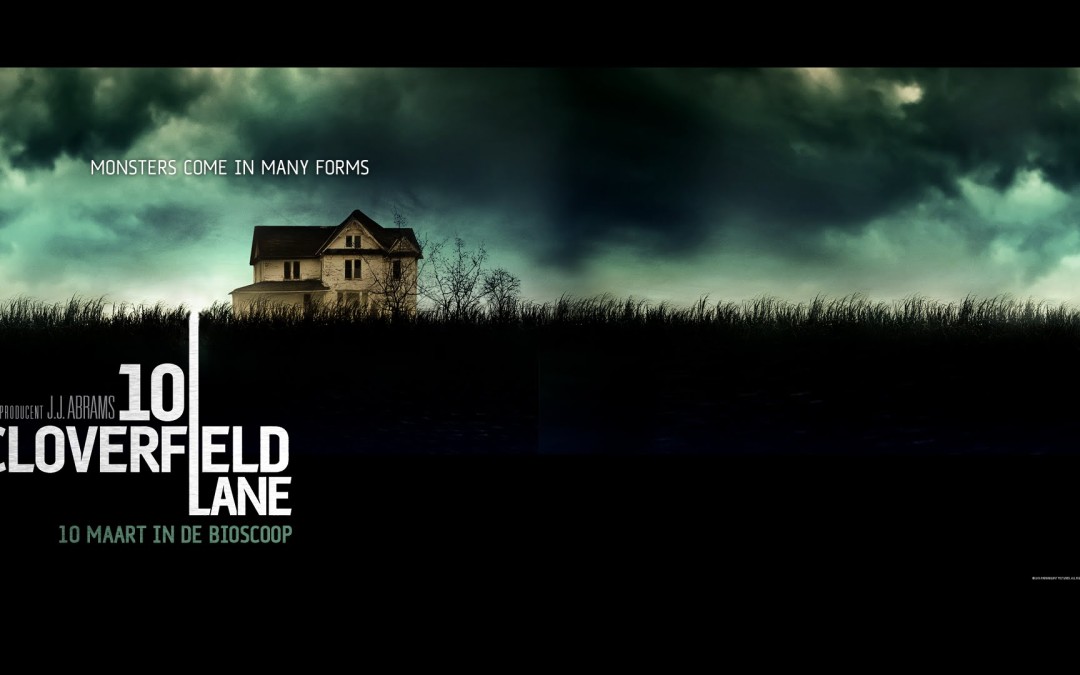 10 Cloverfield Lane, produced by J.J. Abrams’ Bad Robot and directed by newcomer Dan Trachtenberg, is both a taut suspense film about the pressures and consequences of confinement, and a psychological horror film about the creeping realization of the seemingly impossible. It is the latter that makes 10 Cloverfield Lane a legitimate cousin of the original Cloverfield, though by normal sequel standards, the connections between the two films are tenuous at best.

Michelle (Mary Elizabeth Winstead), a young woman who by her own admission tends to panic and run when push comes to shove, panics and runs from her relationship after a fight, driving northwest away from her New Orleans home. On a rural road, distracted by calls from her ex, she suffers a violent collision, plunges through the guardrail and bangs about to an unconscious stop. 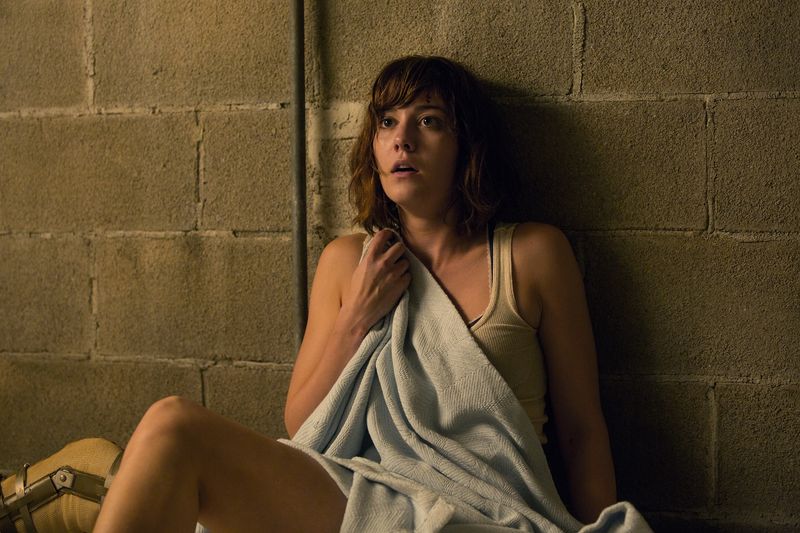 She wakes up injured but patched up and, alarmingly, chained to the wall in a serious underground bunker with ponderous, middle-aged Howard — a kind of anti-Santa Claus — and a young man named Emmett (John Gallagher Jr), who helped Howard build the bunker and was injured, he says, “fighting his way in.” Howard — a former Navy man and doomsday prepper — claims that there has been an apocalyptic attack, that the air outside is poisoned, that he has rescued rather than kidnapped Michelle, and that he would appreciate some appreciation.

Michelle, winsome but freighted with heavy life baggage, emotionally fragile but with a steely core, is understandably wary of the situation and Howard’s intentions. 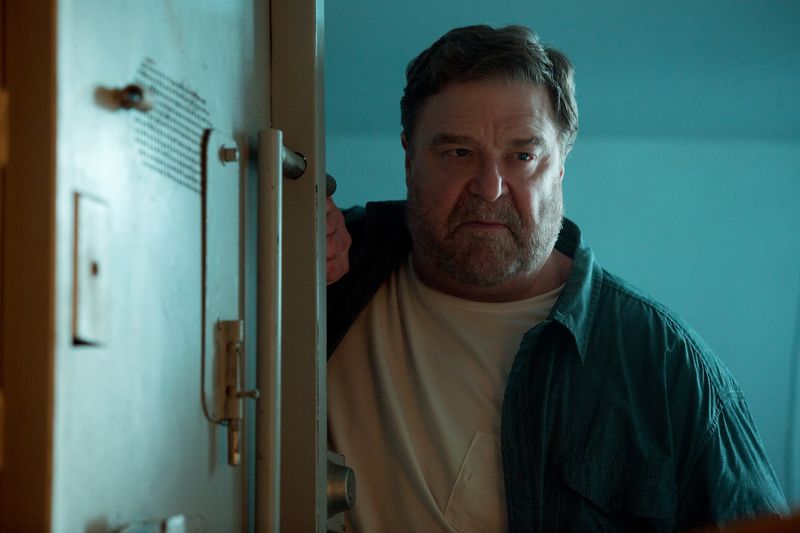 The beauty of John Goodman as Howard is that he has built up so much good-guy normality in roles over the decades — including as literal monster Sully in the Monsters, Inc. franchise — that the lingering question marks behind his character’s motives are that much more disturbing. Have Goodman’s characters been fooling us all along? 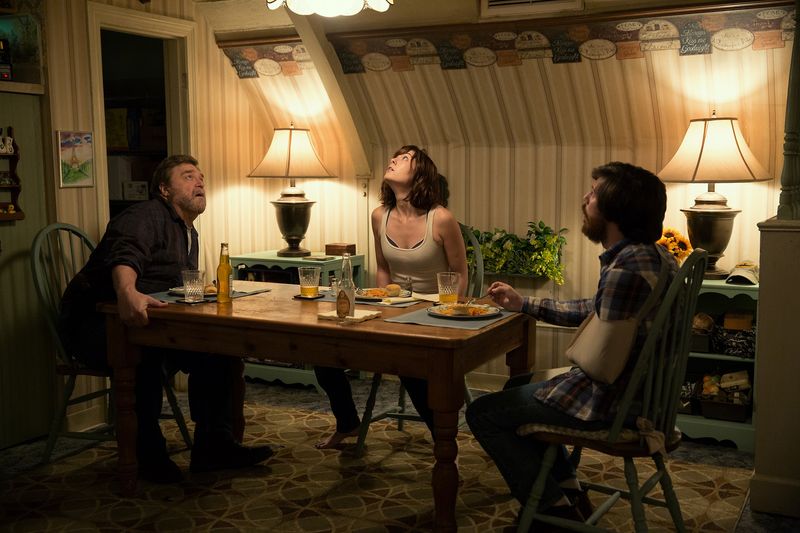 As 10 Cloverfield Lane progresses we ride Michelle’s roller coaster of seemingly contradictory revelations about Howard and the state of the world outside, including a harrowing visit from a desperate neighbor, some of which seem to confirm Howard’s claims while others cast doubt from within. The building suspense explodes into horror near the end as resourceful, tenacious Michelle escapes only to find… herself in another movie, a movie much more akin to Cloverfield. 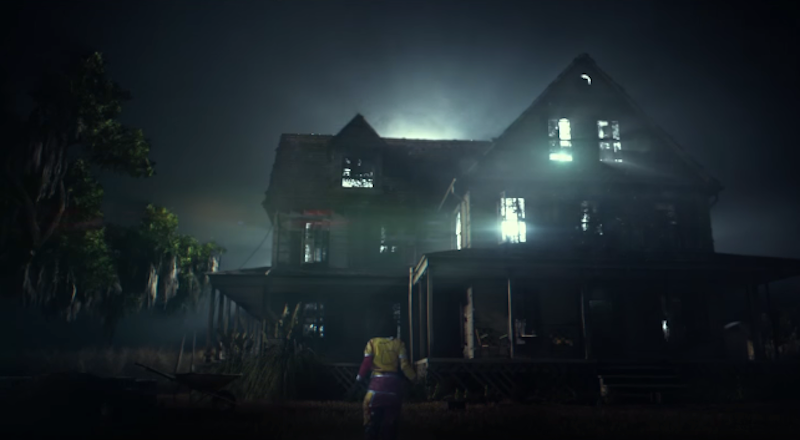 At this point we, and Michelle, realize that the film’s tag line, “Monsters come in many forms,” is not an “either/or” but instead an “and” situation. We realize that Michelle hasn’t finally escaped a subterranean hell for sweet freedom, but has spent the first 75% of the movie in intensive training for a much more expansive hell. An expansive hell that, based upon the film’s critical and box office response, will almost certainly lead to an actual rather than a spiritual sequel.