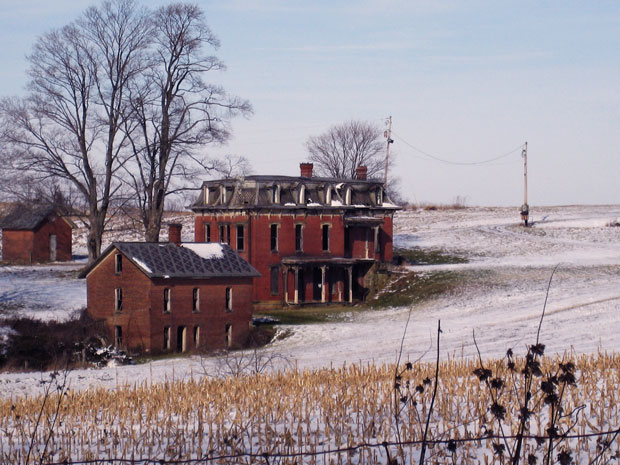 Almost every detail about the Mudhouse Mansion is riddled with mystery, which is perhaps what made the building so attractive to ghost hunters and thrill-seekers. It was built sometime in the late 1800s on a little hill in Lancaster, Ohio, and sold in the 1920s to the Hartman family, who are still the owners of the property—though the family name switched with Lulu Hartman-Mast’s inheritance. Sometime in the 1930s, the house slipped into abandonment, and in the ensuing years reportedly played host to transients and traveling hippies. Like any derelict home—especially one so ominous—the Mudhouse Mansion of Ohio soon gave way to numerous creepy tales.

In fact, just about the only thing that is certain about the mysterious estate is that it was demolished on September 21, 2015, at the instruction of current owner, Jeanne Mast. Over time, the burden of owning a home laden with folklore became too much for Jeanne, who often watched for trespassers herself, or would hire informal guards to keep out would-be legend trippers. Yet despite the threat of prosecution, the Mudhouse Mansion was frequently subject to break-ins and vandalism. By the time of its demolition in 2015, all of its windows had been smashed and a fire had been set on the main floor, causing serious structural damage. 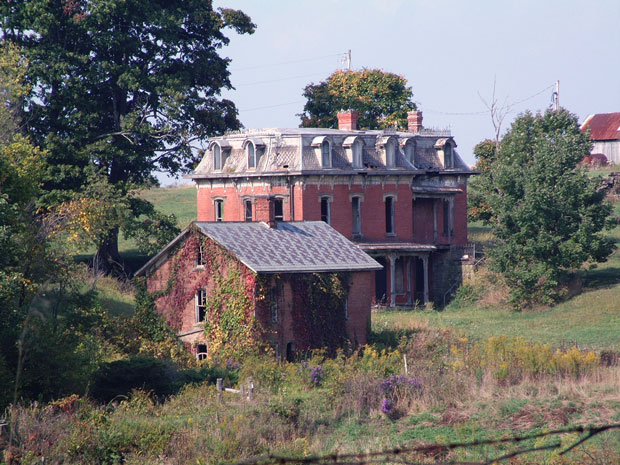 The dark tales that fueled the public’s fascination with the old building are legion, and run the gamut from the ghostly to the ghastly. One such tale speaks of an abusive post-Civil War era slave owner who lived on the property—odd, given that Ohio was never a slave-owning state. The violent master apparently went too far with his abuse. One night, a servant escaped his quarters and maneuvered through a series of underground chambers that led to the home’s basement. He entered the home and murdered the slave owner while he slept, alongside his entire family.

The Mudhouse was also rumored to be the original home of the infamous urban legend Bloody Mary. Though this well-known urban legend pales in comparison to the mansion’s other grisly ghost story. So it goes, a family moved into the Mudhouse one day; they were seen unloading their belongings. But after the last box went in, the entire family disappeared behind the closed door of their house. Neighbors presumed the new arrivals simply preferred to keep to themselves, but after not seeing any activity for some time, they called the police. This is where the story gets creepy—even if its origins are dubious. Upon entering the quiet home, police found the entire family hanging from the ceiling, dressed completely in white. 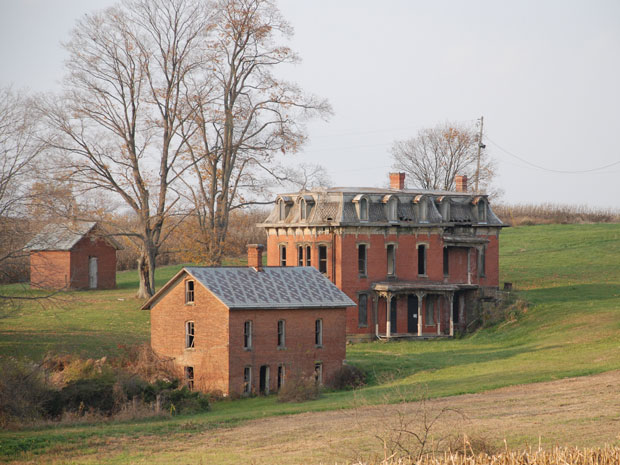 The Mudhouse Mansion, with its large windows and imposing brick facade, provided the perfect backdrop to such ghastly tales. Ultimately, the Mast family could not live with the liability of owning such a hazardous—and alluring—property. So they arranged for its demolition last September.

Many locals mourned the loss of what they considered to be a historic structure. Others were sad to lose such a haunting locale. The Mudhouse Mansion is gone now, but its ghost stories remain, lingering in our memory.