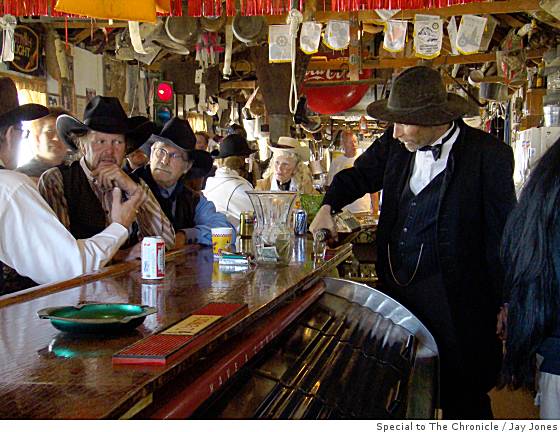 Tonight on an adventuresome-yet-gourmet edition of After Hours Am/America’s Most Haunted Radio, 9-11pE Thursdays with hosts Joel Sturgis and Eric Olsen, we take a big bite out of the Dinner with a Ghost events with founders/hosts John Cushman and Kevin Fretz, who also head up the Ghost Town Operations paranormal team. We will chat with John and Kevin in the 10pE hour, in the 9pE hour, Joel and Eric will stomp through the week’s paranormal news and chat amiably as per usual.

Dinner with a ghost? What a great idea, combining tasty eats with paranormal investigations for a night that will leave you satisfied in body and spirit, or spirits. Dinner with a Ghost is a movable feast that always circles back to the historic ghost town of Gold Point, Nevada, for a ripping Memorial Day Weekend of food, ghosts, live music, camping, salooning, wide open vistas, and a dazzling night sky. Gold Point is, shall we say, isolated, baking cheerfully in the desert about 180 miles northwest of Las Vegas, not far from the California border. 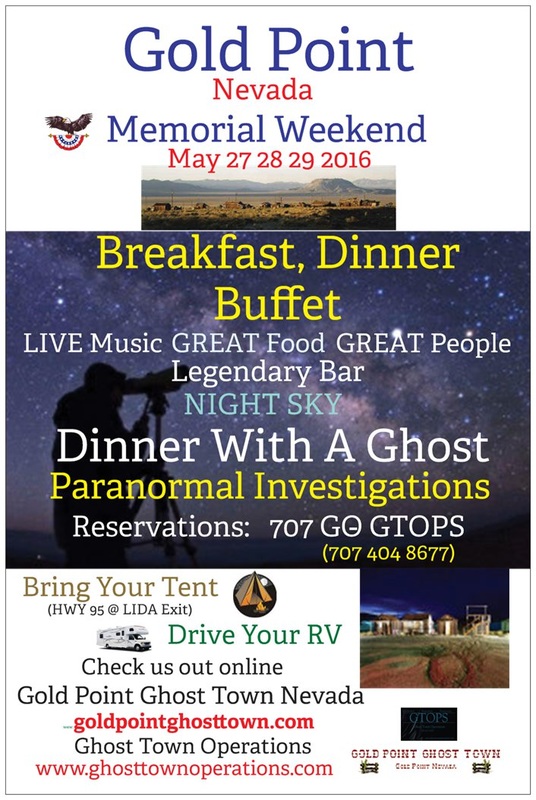 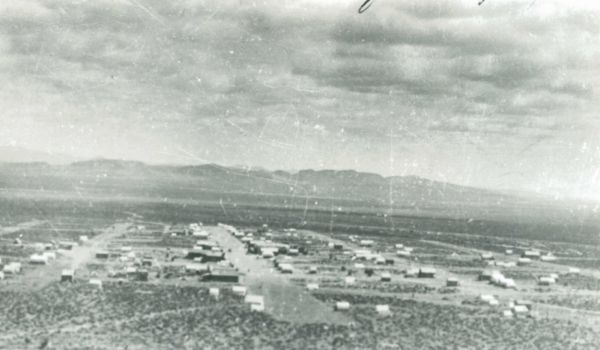 In 1977 John walked from NYC to San Diego, CA as part of “The Walk for Humanity” to ignite excitement and inspire kids with Muscular Dystrophy. After John’s momentous journey across the country, he continued to work with foundations, charities, and educational organizations to assist the next generation in becoming future leaders.  John has also dedicated a part of his life to history, becoming an expert on the Civil War era, as well as one of the Western region’s biggest collectors of Civil War memorabilia. John has also authored a book series called “History Through the Eyes of a Child.”

The preservation of history became the impetus for John in creating Ghost Town Operations, GTOPS a team of paranormal experts with proven track records in ghost hunting, film and video production, as well fine dining. The GTOPS team has traveled thousands of miles to date to film ghostly encounters, host events, and to help national historic towns preserve their individual unique stories for the benefit of all. John’s vision is to bring Dinner With a Ghost to some of our nations most famous and historical landmarks and pay homage to its ghostly inhabitants.

Kevin has had an intimate relationship with the paranormal world since he was a young child. His clairvoyant gifts and innate ability to connect with the other side have allowed him to interact with fully realized apparitions on multiple occasions. Kevin and his GTOPS partner John Cushman work together as a team creating a powerful conduit to the other side.

Recently, Kevin and GTOPS they made history in the paranormal world in Goldfield, Nevada after speaking to a spirit entity named Frank for over three hours.  In addition to co-hosting Dinner with a Ghost, Kevin personally vets the “haunted” credibility of each location by conducting a pre-investigation on his own.