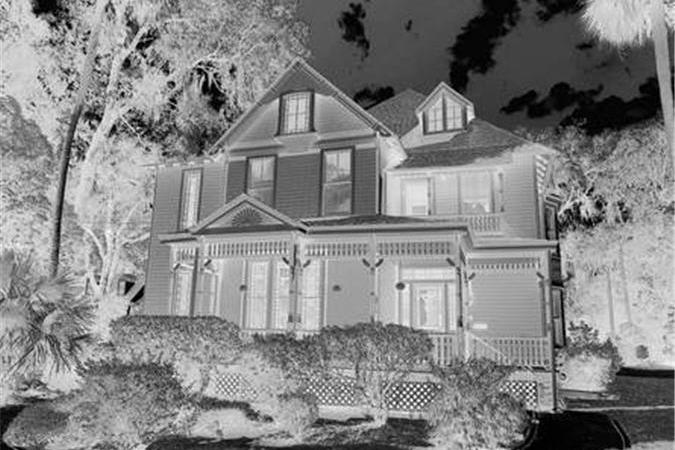 Whoa now, tonight we dig into the fascinating and rapidly evolving market for haunted real estate on a special edition of After Hours AM/America’s Most Haunted Radio, Thursday nights 9-11pE with hosts Joel Sturgis and Eric Olsen. Joining us to discuss their special properties are Bob and Maria Schmidt, proprietors of the cheerfully haunted Seven SIsters Inn in Ocala, Florida; and Luke Smith of the darkly famous Sallie House in Atchison, Kansas. Both are for sale. Haunted travel is on the rise and haunted properties no longer bear the stigma they once did. In fact, paranormal enthusiasts are often willing to pay a premium to stay at a haunted inn or to investigate a haunted property. Our guests will join us in the 10pe hour – at 9pE Joel and Eric explore the week’s paranormal news and banter perspicaciously. Listen to the show live or the recorded podcast right here by clicking on the player above. 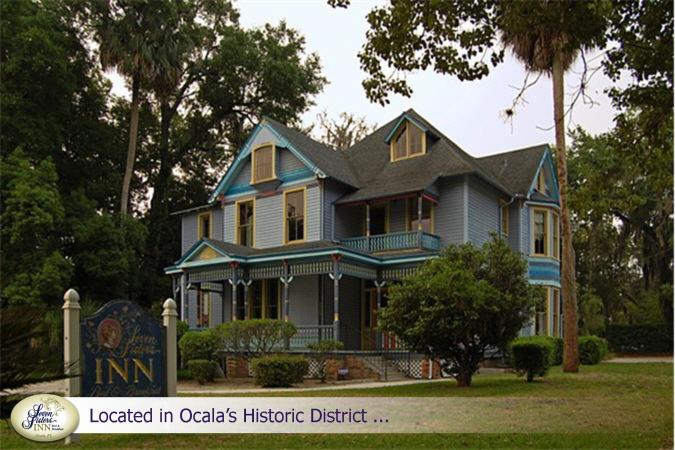 The internationally recognized (and very haunted) enchanted Seven Sisters Inn bed and breakfast is up for sale in the rolling hills of Ocala, Florida’s historic downtown district. The Schmidts are marketing the inn on two fronts: the high-end boutique bed and breakfast travel, and the fastest growing segment of adventure travel, haunted destinations.

Bob and Maria Schmidt owners of the Bed and Breakfast business, are offering a turn-key package, with beautiful period furnishings, imported china, kitchen supplies, luxury linens and towels, and of course the complete package on running a five-star TripAdvisor property. While many Northerners are heading to the warm breezes of Florida, the Schmidts are heading back home to Ohio for personal family reasons. Don’t worry, they are not taking with them the mysteries of what has been investigated and validated as an amazing metaphysical space by many famous paranormal celebrities. SyFy’s Chip Coffey has had the thrill of investigating the inn, as well as Haunted Collector’s John Zaffis and his co-host Brian Cano.  Scott Tepperman from Ghost Hunters International has also explored the inn, amazed at the activity witnessed.   In addition, the popular Travel Channel show, The Dead Files co-star Steve DiShiavi has had the pleasure of being introduced to many of spirits that call the inn their own.

Located in Ocala Florida, and known as the Victorian Empress, the historical Seven Sisters Inn was also featured in the popular SyFy’s show Ghost Hunters in 2008, where amazing evidence was documented. According to the Schmidt’s, the “Missing Flip Flop incident that Jason Hawes experienced during the episode, has repeated itself to many of our guests.”  The Schmidts attribute these “pranks” are carried out by the inn’s children ghosts, taking pleasure of interacting with the guests … as long as they are acknowledged!

“I’m not sure if it’s due to the spirits trusting us or their very social nature, but no less than 80% of our EVP’s present “Class A” intelligent evidence”, says Maria Schmidt. She adds, “It took us a bit to realize what makes them speak, but now it’s almost always a reliable event!” This only adds to the wonder for the inn’s guests and (literally) speaks of the relationship the innkeepers have gained with the spirits at the inn. 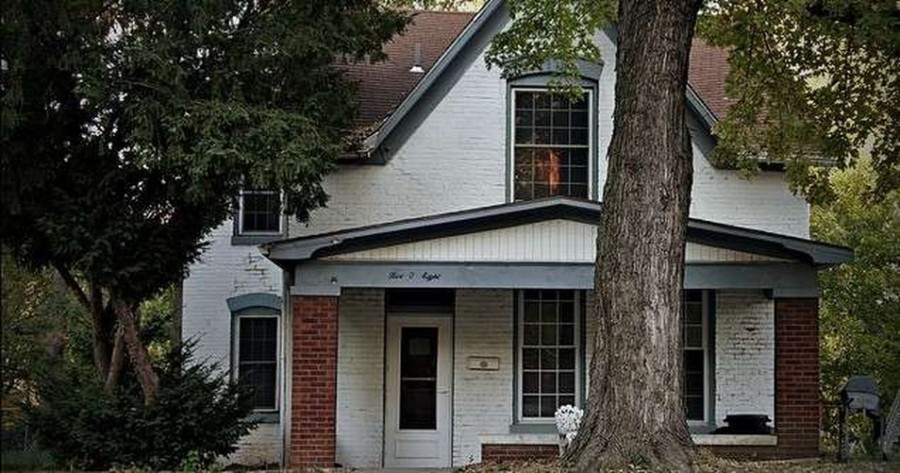 The Sallie House is unabashedly for sale as a paranormal income property, stating in their Zillow listing that the $750k asking price is supported by “proven Track record of $400 per night” rentals by paranormal investigators yielding “15% ROI at current rates.”

Built in the late 1800s, the now world-famous house at 508 N. 2nd in Atchison, Kansas eventually became the residence of an Atchison physician, as the story goes. The first floor served as office space and examination rooms, while the doctor and his family lived upstairs. One day, a frantic mother arrived carrying her 6-year-old daughter, Sallie. The child had collapsed from severe abdominal pain. The doctor diagnosed appendicitis, and believing the appendix would soon burst, the doctor began cutting Sallie before the anesthesia took full effect. Sallie’s screams suddenly stopped and she grew pale and limp. She died on the operating table – her last memories of a man whom she believed was torturing her.

Reports of Sallie’s haunting grew even more ominous in 1993, when the house was rented to a young couple, Tony and Debra Pickman. Their dog seemed to growl at nothing, especially near the upstairs nursery.  Things began to take a violent turn, however. Unexplained fires broke out in the house and Tony came under a series of sinister attacks. The operating area became cold; objects visibly moved when the young man drew near. He could feel scratches upon his chest or abdomen. But the ghost never attacked the wife or baby.

In the 2000s the house has been largely vacant and has been open for tours and paranormal investigations. Visitors to the Sallie House have had cameras, video and investigative equipment mysteriously stop working and batteries drain. They have seen objects move, have sustained scratches and bruises, physical touches, mysterious coldness. Trained guide dogs allowed to enter the house have barked outside or will not enter the nursery. Psychics have confirmed the presence of spirits dwelling in the home and many have actually communicated with them – and skeptics have left believers. Visits by paranormal investigators have provided audio, video and photographic proof of paranormal activity. The house has also received coverage on several television networks, including A&E, Travel Channel, Discovery Channel, and Syfy.