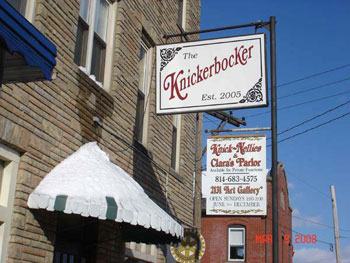 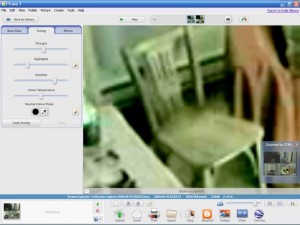 Countless paranormal teams have reported and documented activity while investigating here, and the Knickerbockers have opened their doors to television shows including A&E’s Paranormal State and Bio’s My Ghost Story. Brian Cano, of Syfy’s Haunted Collector fame, filmed a documentary here with his home team SCARED!

Meticulous research, attention to historic detail, and the general positive vibes of the place make the Knick a must-see for any paranormal enthusiast.

Lorraine Warren – Now You See It, Now You Don’t

An odd sequence of events befell paranormal legend Lorraine Warren of The Conjuring fame during one of her many visits to the Knick, on the occasion of her 81st birthday.

Warren was sitting in the dining area at a small table with her purse at her feet listening to a paranormal lecture. When the speaker concluded, she reached down to retrieve something out of her bag, only to find it missing. Bewildered and upset, Lorraine asked Peg to help her find it.

Peg gave a little smile and helped her search for the purse, knowing it wouldn’t be found through “normal” methods. Peg often refers to the Knickerbocker as if it were a living, breathing entity, with characteristics and quirks like the rest of us. When a purse, phone, pair of earrings, or set of keys seems to vanish into thin air, one must ask the building to “please give it back.” 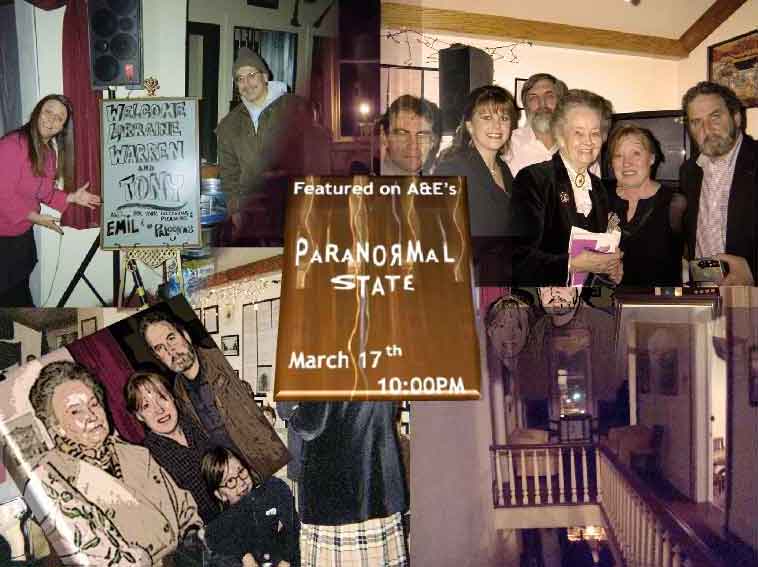 Dubious, but willing to try, Lorraine stood up and with open arms pleaded, “Building, please return the purse.” The other guests found this amusing, but Peg assured them it would work. After the room was cleared as part of the process, Lorraine quickly returned with Peg, and to her astonishment, found the purse exactly at the spot from where it had gone missing.

Object manipulation of this type is indeed rare, and the ramifications fascinating: where did the purse “go“ in the interim? Was it actually somewhere else or was its presence somehow cloaked? Was this the action of a single spirit or some sort of group effort? The world can be a very strange place.

Theresa had a similar experience in the Angel Room on the third floor, which we will recount later.

On December 3, 2009 Peg invited a small group of friends over to the hotel for the evening with the hope of introducing them to some of the Knickerbocker’s resident spirits. The group gathered for an EVP session in the Angel Room on the third floor. The session was recorded individually by several of the people present, as well as by the streaming camera’s audio and video.

After a 40-minute period of questions and attempts to communicate met with little concrete activity, Peg figured the spirits might be a bit “camera shy,” hesitant to come out with so many strangers around. She thought if everyone left the room, they could slowly come back in one-by-one, letting the spirits gradually adjust to the presence of the investigators.

On the video you see and hear Peg gently explaining to the spirits what they are doing, and as the group rises and begins to leave, Peg says, “We’re going to each take a turn…”

A pleading child’s voice replies, “I don’t want you to go…”

Some EVPs have an inhuman, even metallic timbre to them, but this voice is so human, so clear and immediate you assume it had to come from one of the group. But it didn’t.

None of the five living participants heard the voice at the time. It was, however, captured on one other video camera, and two of the four audio recorders. The fact that not every recorder picked up this EVP strengthens its validity. If the voice had been a living person, a natural sound in the room, all recording devices would have captured it more or less equally.

It was also a shockingly intelligent and intimate response to what was happening at the moment, and it was directed towards Peg, someone with whom the spirits were very familiar.

According to Peg, this is the clearest EVP ever captured at the Knickerbocker, and it‘s one of the most compelling we‘ve ever heard – the plaintive cry of a lonely ghost child.