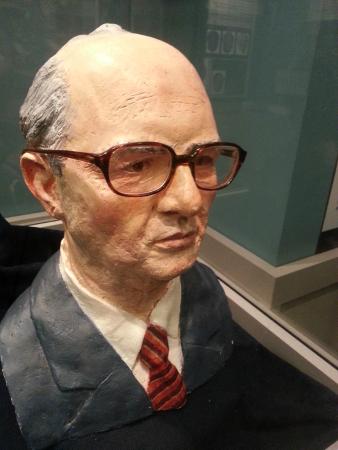 There are many types of murderers out there, but John List broke the mold of what everyone thought they knew. In fact, before List, “Family Annihilator” wasn’t a term that many people had heard of or used, but afterward – after that day in 1971 when his entire family was found murdered – no one could ever go back.

John Emil List was born in Michigan, in 1925, the only child of John and Alma List. The family were devout Lutherans. John seemingly grew up without incident, reporting a normal childhood with the exception of his stringently religious upbringing, with which he identified wholeheartedly. In 1943, John enlisted in the United States Army and served in the infantry as a lab technician during WWII. This duty fit well with John’s exacting nature, and in 1946, after his Army discharge, he enrolled at the University of Michigan in Ann Arbor, where he earned a bachelor’s degree in business administration and a master’s degree in accounting. He was also commissioned as a second lieutenant in the ROTC.

During 1950, the Korean War was in full swing, and List was recalled to active duty. At Fort Eustis (Virginia), List met a woman named Helen Taylor – the widow of an infantry officer. She was living nearby with her daughter, Brenda. John and Helen soon married and in December of 1951, they moved to northern California where he worked as an Army accountant. He completed his tenure with the military in 1952 and moved with Helen first to Michigan and then to Rochester, New York.

While their marriage began well, and they had three beautiful children together (Patricia, Frederick, and John, Jr.), Helen was an alcoholic and became more and more difficult to manage. So after Helen’s eldest, Brenda, married and left the family household, John moved the rest of them to the East Coast. He first took a job at Xerox in New York as the director of accounting. Then, in 1965, he accepted a job as vice president of a bank in Jersey City, New Jersey.  He promptly moved the entire family (and his aging mother) into “Breeze Knoll,” a Victorian mansion nearby. It was a 19-room behemoth, complete with a signed Tiffany stained glass skylight over the ornate ballroom.

Everything seemed to be going brilliantly for the List family. They lived in an opulent mansion. John was a Sunday school teacher who came to church every week with his entire family, and his mother (still a devout Lutheran). He was also the thriving Vice President of a successful bank…or so everyone thought.

The problem was that John had lost his job. In fact, he’d lost a succession of them. His lack of social skills, coupled with his extremely rigid personality made him difficult to work with. People often described his demeanor as “cold.” He wasn’t incompetent at the job – he was, quite simply, unlikable. So John decided that, rather than tell his family about his struggles, he would continue to “go to work” every day.  He spent his days at the train station reading, napping, and fretting about how to get his family out of the mounting debt that was threatening to ruin them all. He said about this later, “I grew up with the idea that you should provide for your family and to do that you had to be a success in the job that you had — or you’re a failure, and that was not a good thing to be.”

WARNING!  Some of the photos included below are actual crime scene footage and are GRAPHIC. If you do not wish to see these photos, please stop here.

So, on November 9th, 1971, List packed his children off to school and took his two handguns (a 9mm Steyr 1912 and a Colt .22 Revolver) out to the car to load them. Then he calmly walked back into the kitchen and shot his wife, Helen (46), in the back of the head while she was drinking coffee. Then he went upstairs where his 84-year-old mother was eating breakfast and shot her in the head. Next he went to the post office to stop the family’s mail, called the children’s schools to explain that they would be out for a time, visiting his wife’s ailing mother in South Carolina. Lastly, he dragged his wife from the kitchen to the ballroom, cleaned up the blood, and made himself something to eat for lunch.

When Patricia (16) and Frederick (13) arrived home from school, he dispatched of them too, shooting them both in the head as they entered the house. But, his favorite – the middle son, John, Jr – was a bit different. The elder John drove to his school to watch him play in a soccer game. Then he drove him home, and shot him repeatedly in the chest and face, emptying both guns.

After List had moved all the bodies (save for his mother), into the ballroom (placed on sleeping bags), he wrote a letter to his church pastor, and went through the house cutting his own picture out of every family photograph – ostensibly to avoid easy identification by authorities. Lastly, he turned down the thermostat, looped some classical music, putting it on the intercom throughout the mansion, turned the lights on, and departed.

The grisly scene wasn’t discovered until 29 days later, on December 7th. This was due, in part, to the excuses John List gave the church, school, neighbors, coaches, and friends (about Helen’s mother and a family trip). But, after several weeks, List’s daughter, Patricia’s drama teacher got suspicious. He and another teacher went to the List house to investigate, the neighbors saw people snooping around, and called the police. The sight that greeted them inside the home was horrific, but, by all accounts, the smell was worse. Though John had turned down the thermostat, the decomposition had begun and the pungent odor that greeted those first unlucky responders was repellent. That, paired with the eerie classical music reverberating off the walls – – the stuff of nightmares. 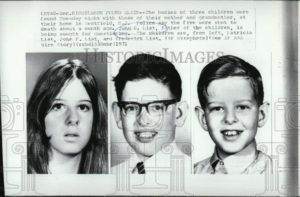 List’s final missive – the letter to his pastor – is what tipped off the police and a nationwide manhunt ensued, to no avail.

It wasn’t until 18 years later, in May of 1989 that a recounting of the murders ran on the TV show America’s Most Wanted. The broadcast featured an age-progressed clay bust that was crafted by forensic artist, Frank Bender. List was captured less than two weeks after the show aired in Virginia. He’d since married another Army widow named Delores Miller and had resumed work as an accountant. In fact, other than his name (an alias of “Bob Clark”), it was as if John List’s life hadn’t skipped a beat. He’d merely picked up and started over again, making the same choices as before.

On April 12, 1990, List was convicted of five counts of 1st degree murder. The judge imposed a sentence of five terms of life imprisonment to be served consecutively — the maximum permissible penalty at the time.  Ever the gentleman, List filed an appeal on the grounds that he was mentally impaired at the time of the crimes by PTSD (from WWII and Korea). He further alleged that the letter left at the crime scene (for his Pastor) was inadmissible, as communication between a spiritual leader and a supplicant is privileged. His appeal was rejected and he died of pneumonia at the age of 82 on March 21st, 2008. He was buried next to his mother in Saint Lorenz Lutheran Cemetery in Frankenmuth, Michigan.

Notably, Breeze Knoll was burned by arsonists in 1972 which destroyed everything – including the signed Tiffany stained glass skylight.  Estimates indicate that it was worth over $100,000 in 1971 (equivalent to $570,000 now), which would’ve been more than enough to tide his entire family over until alternative financial options were obtained.

In some ways, John List is the ‘blueprint’ for me when I think about family annihilators.  While most people see him as a cold and unfeeling monster, it’s his insecurity that stands out to me the most.  John List was afraid.  He was terrified.  You see, in John List’s mind, being a public disappointment in front of his family was a fate worse than death. And not just for him, but for them too – which qualified him as a narcissist as well.  Narcissists typically don’t have the ability to truly put themselves in someone else’s shoes. Instead they extrapolate their own feelings and put them on others. If they’re wounded, you will be too – that’s just how it goes in their fragile bubble worlds.

The final piece of the family annihilator puzzle – and likely the most important piece – is the unyielding rigid belief system.

John List’s prison psychiatrists would say that he was obsessive compulsive.  But I’d say that it went much further than that.  It wasn’t just anxiety about things being a certain way, it was a near-delusional zealotry.  When John List explained his reasoning for the murders years later, he stated that he believed he was saving his family members. He said, “I finally decided the only way to save them from that [public embarrassment and falling away from the Christian faith] was to kill them.” He went on to say, “I feel when we get to heaven we won’t worry about these earthly things. They’ll either have forgiven me or won’t realize, you know, what happened.”  When asked why List didn’t then kill himself (like many family annihilators do), he responded, “It was my belief that if you kill yourself, you won’t go to heaven. So eventually I got to the point where I felt that I could kill them. Hopefully they would go to heaven, and then maybe I would have a chance to later confess my sins to God and get forgiveness.”

It was this staunch belief system, combined with a paralyzing fear of failure and a big splash of narcissism that allowed John List to do what he did.

When I study/interview other family annihilators I always see those same traits and think, “Wow. It’s John List all over again.” And if I never see another one for the rest of my career, I’ll be happy.