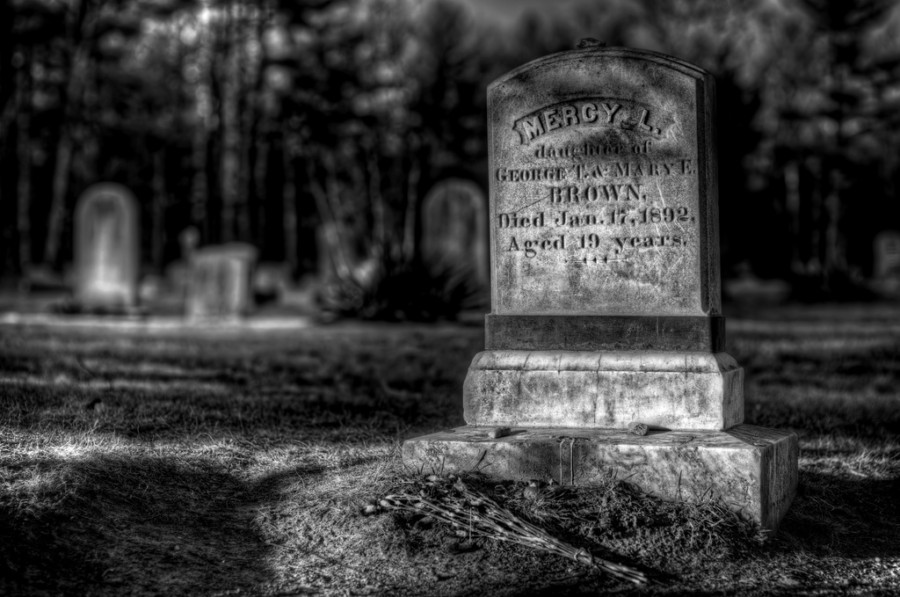 In 19th century New England, an outbreak of consumption triggered a widespread vampire terror that centered most personally on young Mercy Brown.

Consumption (also known as tuberculosis) was a leading cause of death in the 1800s; by all accounts, it was a gruesome way to die. The most common symptoms included an extremely high fever, a blood-laced cough, sunken eyes, and severe physical deterioration that made sufferers look as though the life was being drained from their bodies.

This particular outbreak spread so rampantly, and claimed so many lives, that rumors of a sinister force soon surfaced. Residents blamed the presence of vampires, mostly in Rhode Island, Connecticut, and Vermont, who spread the sickness from victim to victim.

In order to stop the problem, the corpses of those who died from consumption were exhumed. The internal organs were then burned to prevent the vampire from feeding on diseased body parts and transferring the sickness to the rest of the population.

Some of the rituals were more extreme than others. In fact, one 19-year-old girl became a veritable scapegoat. Her name was Mercy Brown.

Mercy Brown and her family lived in Exeter, Rhode Island. The area was sparsely populated and farmers struggled to cultivate the hardscrabble land. Consumption, like many afflictions, was not entirely understood by residents, and was viewed with fear. In fact, many residents regarded consumption as a dark and mysterious thief in the night. 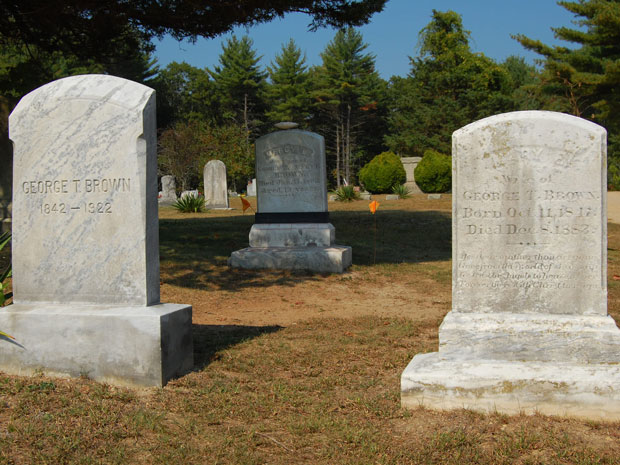 (The graves of George, Mary, and Mercy Brown)

Beginning in December 1882, the Brown family began to die from consumption in rapid succession. First was Mary Eliza, Mercy’s mother. The following year, Mercy’s sister, Mary Olive, died at the age of 20. Mary’s obituary described her suffering as having been so great that she was ready for the afterlife. Next, Mercy’s brother Edwin, known as a big and husky man, began to wither away, but quickly left New England for Colorado Springs in the hopes that a better climate would cure him.

By the time Edwin returned a decade later, Mercy herself was on the threshold of death. She had been suffering from a more silent form of consumption for years—galloping consumption—named so because of its fast transition from invisible to fatal. An attending doctor informed Mercy’s father George that medical care was useless. In January 1892, Mercy died, her simple obituary reading: “Miss Lena Brown, who has been suffering from consumption, died Sunday morning.”

Because so many Browns had succumbed, Exeter residents suggested to George Brown that his family might be cursed. Furthermore, they surmised that one of the Brown women was not actually dead, but rather undead, and feasting “on the living tissue and blood of Edwin.”

They believed that the key to Edwin’s recovery would be to figure out which Brown woman was the culprit and destroy her body.

The neighbors asked George Brown’s permission to exhume the bodies of his wife and two daughters to check for fresh blood in their hearts. He agreed, and the exhumations took place on the morning of March 17, 1892. After ten years in the ground, Mary Eliza Brown and Mary Olive Brown were little more than bones. But Mercy had only been dead a few months—and in wintertime. When her body was uncovered, there was almost no decomposition. The neighbors took this to mean that Mercy was the offender. 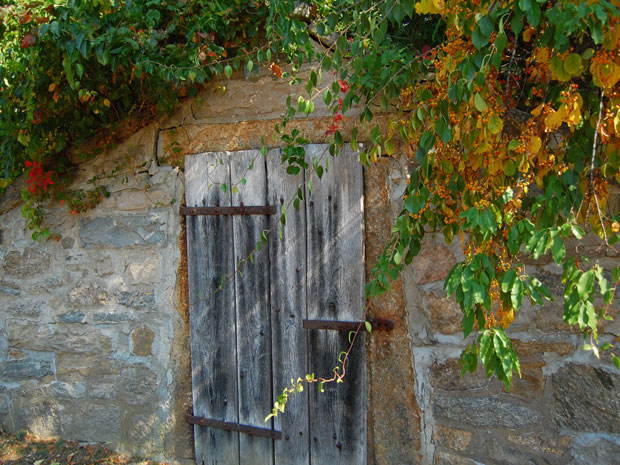 (The crypt where Mercy was kept after her body was exhumed)

One of the doctors on-site noted that Mercy was well-preserved. Her heart and liver were removed. Upon cutting open her heart, the doctor found decayed blood. An examination of her lungs indicated the dormant presence of consumption germs.

Nevertheless, neighbors were convinced they had exhumed their vampire. They burned Mercy’s heart and liver on a rock, and then fed the ashes to Edwin Brown in an attempt to reverse the symptoms of his supposed vampire attack. The ritual failed; Edwin died within two months. The remainder of Mercy’s violated body was buried in Exeter’s Baptist Church Cemetery.

In death, Mercy Brown has achieved a  a cult following of sorts, comprised of both sympathizers and vampire enthusiasts. She has been the inspiration for numerous writings, including H.P. Lovecraft’s The Shunned House, and supposedly, for the character of Lucy in Bram Stoker’s Dracula.

Depending on your leanings, a visit to Mercy’s grave will either fill you with sorrow or the cold whispers of centuries past. 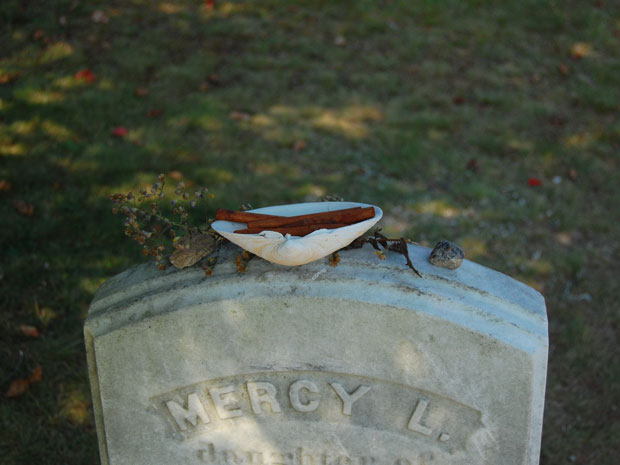 Fritz Haarmann: The Vampire of Hanover