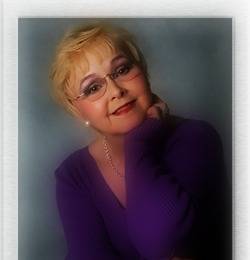 In this ecumenical edition of After Hours AM/America’s Most Haunted Radio — Thursdays 9-11pE with hosts Joel Sturgis and Eric Olsen — we speak with a woman who stands astride the twin worlds of the paranormal and horror, Patti Starr. Patti is the legendary paranormal investigator who runs Ghost Chasers International, owns and operates Lexington, Kentucky’s Ghost Hunter Shop, is maestro of the Bardstown Ghost Trek, AND she is founder and proprietor of The Scarefest horror and paranormal convention. Patti will join us in the 10pE hour – in the 9pE hour we will cover the week’s spine-tingling paranormal news, and Kirsten Klang will read your true ghost stories.

The ScareFest, now on its ninth year, is the largest, most iconic horror and paranormal convention and tradeshow in the USA, where attendees experience three days of the strange, weird and macabre. Opening day is September 30, and the event runs through October 2, 2016. This year’s theme, Camp ScareFest salutes the thematic stories and characters of the horror series “Friday the 13th.” Present every year are top celebrities from the horror and paranormal communities. The ScareFest will be held at the Lexington Center, a state-of-the-art facility and one of the largest convention centers in the state of Kentucky. 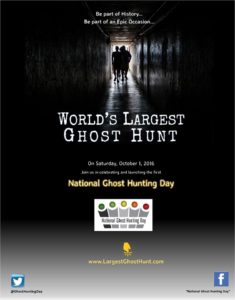 And if that isn’t enough, National Ghost Hunting Day is now officially registered to be celebrated on the first Saturday of every October. On October 1, 2016, National Ghost Hunting Day will be celebrated for the first time with the World’s Largest Ghost Hunt serving as the inaugural mega event. The World’s Largest Ghost Hunt will be centered at The ScareFest! With hundreds participating and thousands watching live and via live streaming, a shotgun start will simultaneously kick-off the search for paranormal evidence at locations across the United States and around the world. 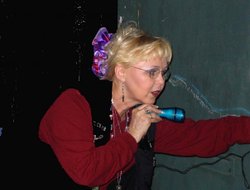 With over 30 years of paranormal research and ghost investigations Patti has captured many anomalies in photos, videos, and audio while investigating haunted locations. Her goal as a paranormal investigator is to collect evidence to support the premise that life goes on even after death. She is very active as a ghost researcher, author, lecturer, consultant, dowser, and teacher. Her book, Ghost Hunting in Kentucky and Beyond, is a must-have resource for all serious ghost hunters.

Patti’s work has been documented in numerous newspapers and magazines including the Atlanta Journal-Constitution, the Philadelphia Inquirer, Oracle 20/20, Ghost Magazine, and Southern Distinction.