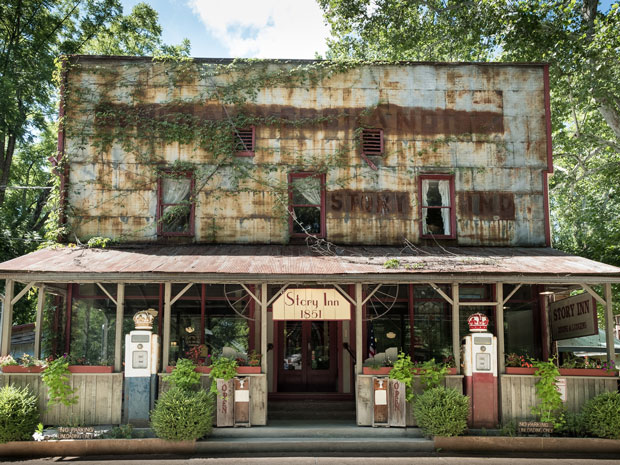 If you were to drive along South State Road in Nashville, Indiana, and pass the Story Inn, you probably wouldn’t give it a second look. With its rustic appearance, the small building looks like an antiques shop. But there is a special room at the Story Inn. Just above the general store, it has three windows, a private deck overlooking a garden, a queen-sized bed, and a large bathroom with a clawfoot tub. It’s also haunted by a specter known as the Blue Lady.

According to one legend, the village of Story was founded by physician George Story in 1851. It was a small, sparsely populated farming town, with a few main buildings and local businesses. When the railroads and highways were built, Story dwindled into obscurity. Then, when the Great Depression took hold and most jobs were lost, it transformed into a near-ghost town. Only a handful of people remained.

But in the late 1970s, a local couple purchased the general store, and jumpstarted Story’s revitalization. The couple added the Story Inn Bed & Breakfast to the store and ran it successfully for 15 years, eventually purchasing the additional 23 acres of the town along the way. The couple then sold the property to an attorney named Rick Hofstetter. In 2003, Hofstetter moved to Story.

Since then, Hofstetter has been flooded with tales of the inn’s paranormal activity. Though he initially brushed them off, the claims could no longer be ignored when Hofstetter combed through old guest books and discovered identical accounts of ghostly happenings that were decades apart. 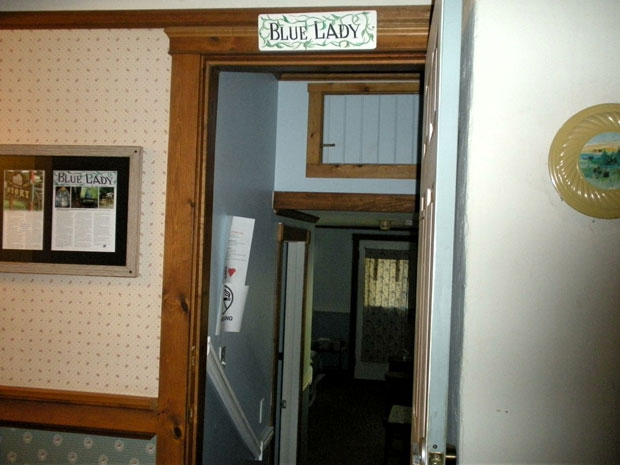 According to guests who stay in the particular room above the store, the ghost of a woman appears by the bed, in the mirror, or as a reflection in the window, if the blue light on the nightstand is turned on. Others have insisted that the blue lady will materialize without provocation. It’s not only the bedside light that’s earned her the “Blue Lady” moniker: her eyes are supposedly icy blue, and she has a habit of leaving behind blue-colored ribbons in her wake. 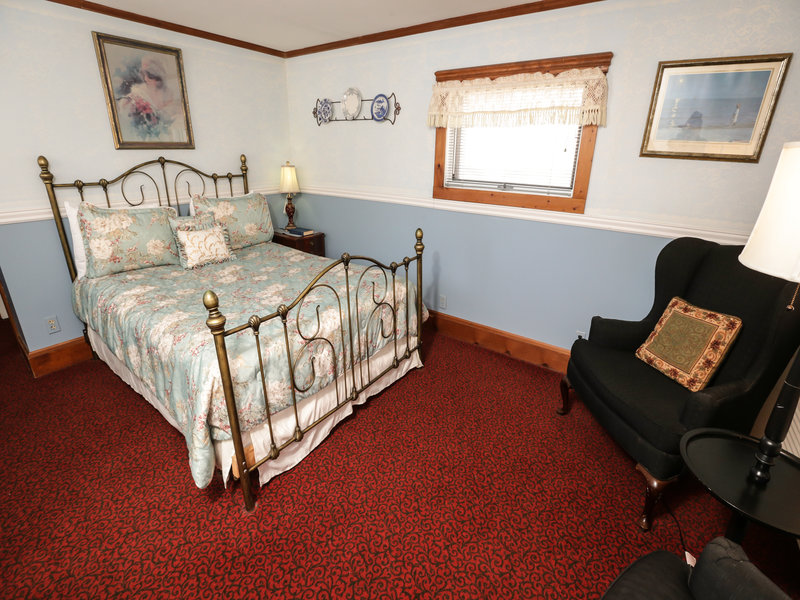 Sometimes, clad in a flowing white gown, she wanders the room as if no one else is there. Other times, she will acknowledge the guests. The smell of cherry tobacco is said to pervade the air after she makes an appearance, which has led many to believe that she is Jane Story, wife of the village founder. Apparently, Mrs. Story had a strong preference for cherry tobacco. 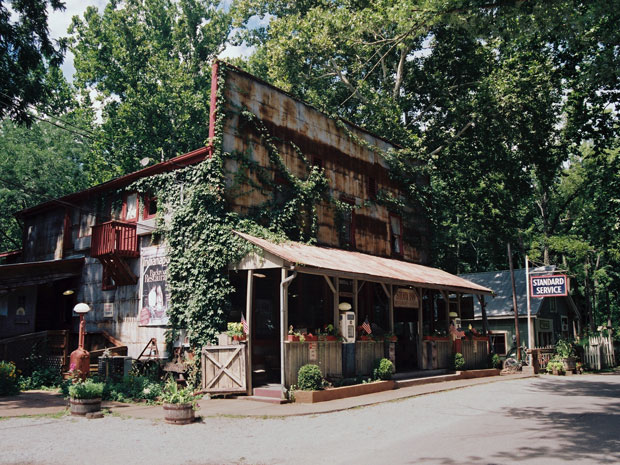 A number of paranormal investigators have descended on the inn, wanting to collect their own evidence to prove or refute the claims. One group, Hoosier Paranormal, set up camp at the Story Inn on December 27, 2005. Armed with electronic equipment, the investigation conceded the presence of orbs and other unexplained happenings. Doors opened and closed; objects rocketed off different shelves. The group attributed everything to the Blue Lady, but also to another, male, ghost. They packed up and never returned.

Though still somewhat skeptical, Rick Hofstetter has named the room at the top of the stairs the “Blue Lady Room.” He has come to accept the supernatural history of the inn, and continues the tradition of leaving a guestbook in every room so visitors can document their experiences. 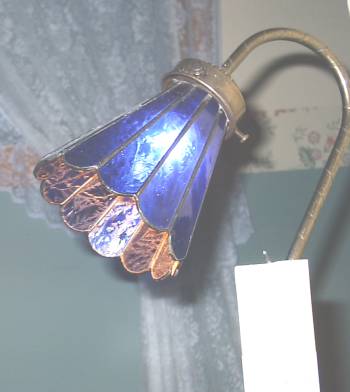 So, if you decide to visit the Story Inn, beware: you may just encounter the Blue Lady in all her glory, the smell of cherry tobacco emanating from her gown and her icy blue eyes watching you as you sleep.

Ghost on the Staircase: the Brown Lady of Raynham Hall