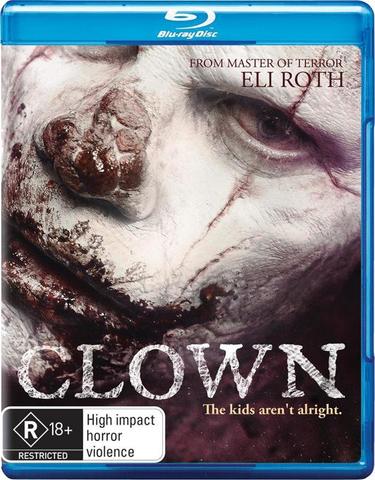 A lot of films — especially horror films — can take awhile before finally seeing the light of day. The two that instantly spring to mind are All the Boys Love Mandy Lane and You’re Next. The real question is, was it worth the wait? The latest to join the crop of delayed releases is co-writer/director Jon Watts’s coulrophobia-drenched Clown. What started as a joke is now a full-length feature film. Watts originally created a fake trailer for the film and plastered Eli Roth’s — creator of Cabin Fever and Hostel — name on it. Next thing Watts knows, Roth is on the line offering him the chance to expand his idea. 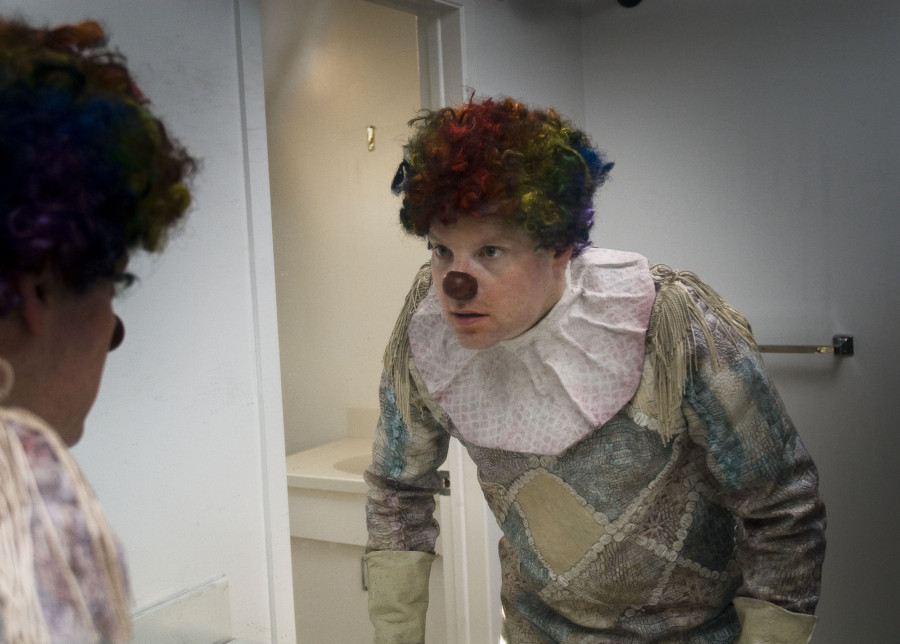 As scared of clowns as some people already are, what happens when you put on a costume and can’t take it off? Therein lies the trouble for our poor protagonist Kent (Andy Powers). What starts as a lark for his son Jack’s (Christian Distefano) birthday party, after the clown they hired cancels, turns into a David Cronenbergian nightmare. Kent’s concerned, loving, and pregnant wife Meg (Laura Allen) now gets to put the pieces together after Kent can’t take off the Clown costume and it starts to transform him into some kind of child-murdering demon. The only person who seems to be able to help them is the possibly crazy Karlsson (Peter Stormare) who knows way more about the costume than anyone should, but may also know the key to helping Meg save Kent. 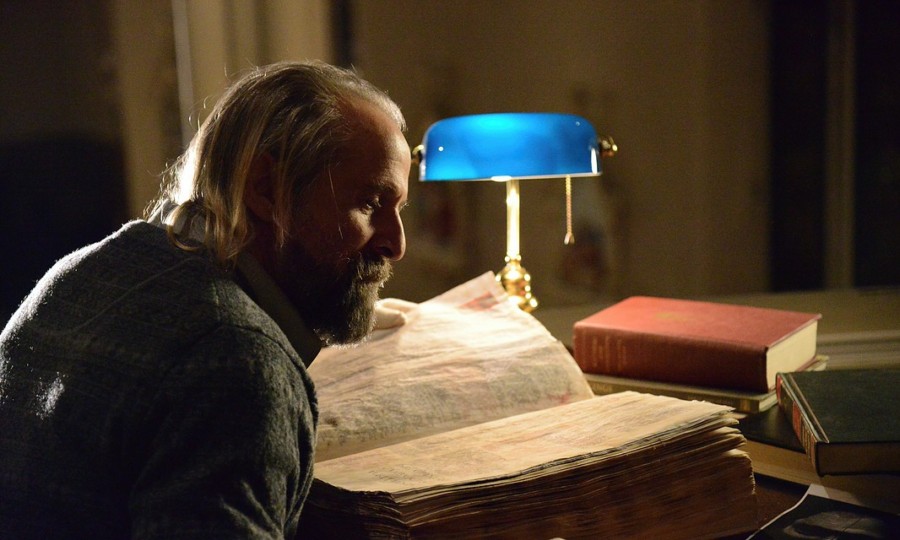 Starz/Anchor Bay transforms Kent’s descent into madness onto 25 GB Blu-ray disc that’s just the right size for a 100-minute movie with only one special feature. Colors may not be as bold as you’d expect for a movie revolving around a clown, but this is a horror film after all. Desaturation is the name of Watts’s game and, as the film progresses, so does the color palette. Detail is never quite as sharp as you’d hope, but there’s never any sign of digital tampering. No smudgy facial features here. It also helps add some extra gruesomeness to the practical effects, even if it does make some of the CGI-enhanced moments look a little hokey. Blacks never dive into crush and the faint noise on hand appears more grain-like than mosquito noise. It’s about what you’d expect a modern horror movie to look like and gets the job done. English and Spanish subtitles are available. 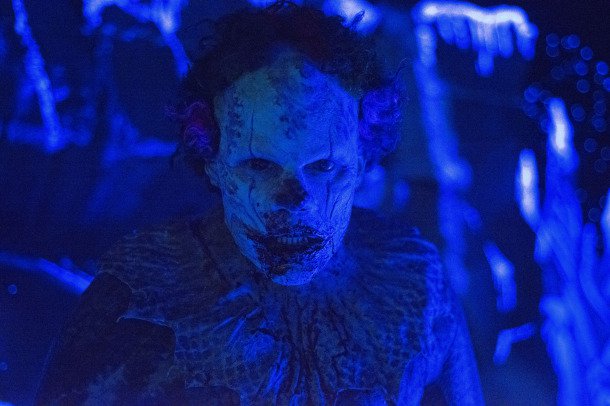 Same goes for the 5.1 DTS-HD Master Audio track. While faring a little better than the video, it’s still rather front heavy, but does kick in surround usage anytime something horrific is about to happen. Deep bass also manages to keep viewers on their toes as they await characters’ impending dooms. As for that one special feature, all we get is a quick (6:24) “Making Clown Featuring Producer Eli Roth” with the cast, and a few of the crew, talking about the story and some of the behind-the-scenes work. Roth is featured most prominently discussing how much he loved the original short and how great it was to give Watts this opportunity. A digital copy of the film is also included.

Clown may not be a new classic. It is quick, efficient, and as every bit as creepy as it needs to be. I was honestly shocked that the film features so much on screen violence directed at children, although it helps make the transformation all the more frightening. Watts and Powers put everything into Kent’s evolution into the villainous monster, and the most surprising thing is that Watts is moving on from this to Spider-man: Homecoming. Considering how far he was willing to go in this film gives me great hope for some memorable super villain(s) in the new Spider-man film.

It would have been even more interesting to see how he could have handled the remake of Stephen King’s It following Cary Fukunaga’s departure. While it is nice to see him jump genres, he really could have brought a lot to the table there. As it stands, Clown is a nice little jolt for those who like movies about killer clowns. Considering they keep making them, there’s clearly an audience for it. But let’s face it, if there’s something to be scared of, Hollywood will find a way to try and make money off of it. Since the film is nearly bargain priced, it’s worth a blind buy for interested parties; just make sure you put the kids to bed first.