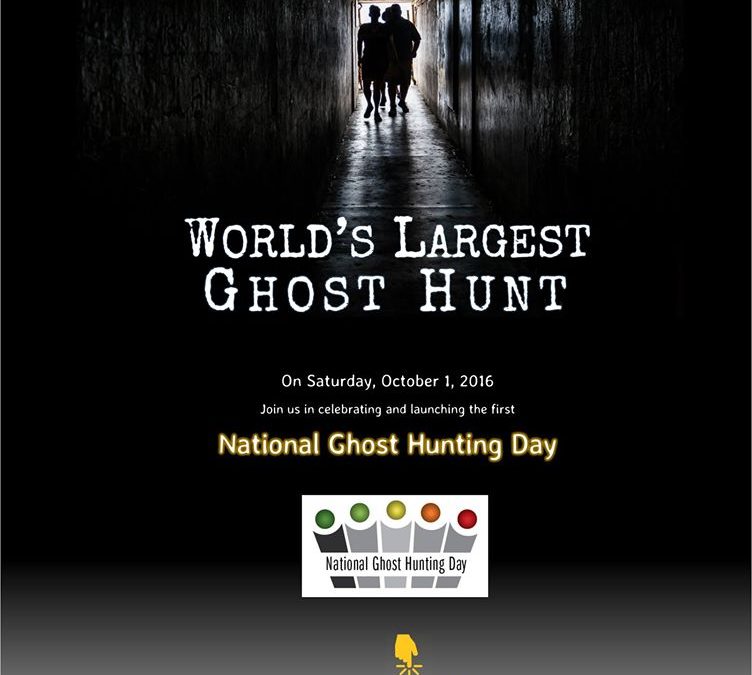 In tonight’s revelatory edition of After Hours AM/America’s Most Haunted Radio — Thursdays 9-11pE with hosts Joel Sturgis and Eric Olsen — we are proud to introduce the very first National Ghost Hunting Day, October 1, 2016, being celebrated with the World’s Largest Ghost Hunt. We will talk National Ghost Hunting Day in the 10pE hour with co-founder Bob Schmidt of Haunted Journeys, board member Mike Diamond of ParanormalWarehouse.com, and Scarefest Radio host Wes Forsythe. Scarefest will be the nerve center of The World’s Largest Ghost Hunt. In the 9pE hour Joel and Eric will wade into the week’s freaky paranormal news and banter amiably.

Since time immemorial, pondering mysteries, exploring the unknown, and peering into the unseen have been ingrained in the human psyche. In recent years, a perfect storm of media visibility, changing attitudes, new techniques and equipment, and renewed interest in our shared historical past have led to an explosion in paranormal investigation, aka ghost hunting.

National Ghost Hunting Day is now officially registered with the National Calendar Day Registry, to be celebrated on the first Saturday of every October. This celebration of the techniques and culture of ghost hunting will initiate the Halloween season annually in spectacular fashion!

On October 1, 2016, National Ghost Hunting Day will be celebrated for the first time with the World’s Largest Ghost Hunt serving as the inaugural mega event. 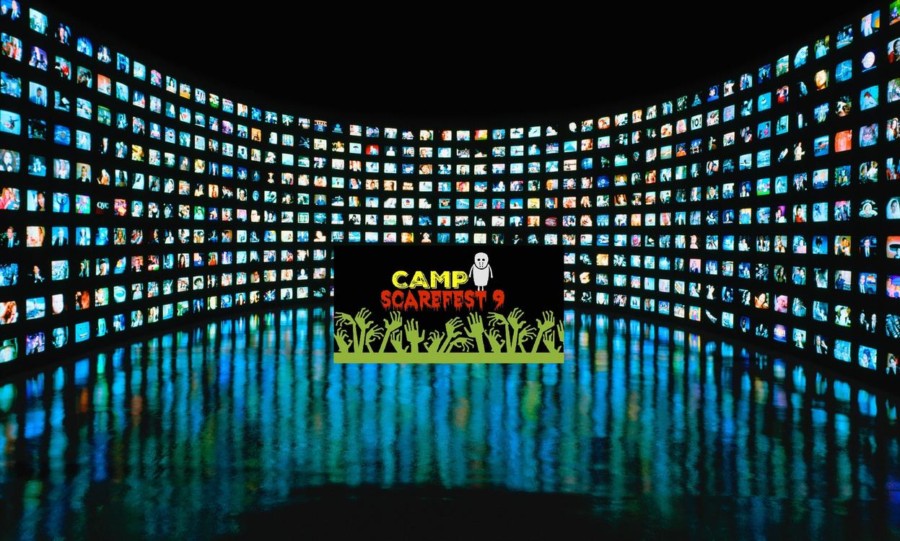 The World’s Largest Ghost Hunt will be centered at The ScareFest, Lexington, Kentucky’s iconic horror/paranormal conference and trade show. With hundreds participating and thousands watching live and via live streaming, a shotgun start will simultaneously kick-off the search for paranormal evidence at locations across the United States and around the world. Known as “satellites,” these paranormal investigations will be conducted by some of the most respected and dedicated ghost hunting teams in existence.

In addition, a paranormal experiment into the effects of collective consciousness will be coordinated by Paranormal Database and helmed by Brian J. Cano, veteran paranormal investigator, tech expert and co-star of Destination America’s Haunted Collector. Cano and Paranormal Database will — with input from seasoned paranormal investigators, gifted sensitives and clairvoyants, and the curious public — quantify, measure and catalog anomalous phenomena expected to occur during the World’s Largest Ghost Hunt.

The goals of National Ghost Hunting Day are to raise public awareness of best practices and professionalism in paranormal investigation, increase appreciation of local history and landmarks across the nation, and to unite and organize a network of ghost hunting teams in common cause to benefit local Humane Societies and non-profit animal shelters throughout the country.

Each “satellite” group will select a local beneficiary and raise funds by inviting the public to their paranormal investigation with a donation of $10 per attendee. With this affordable ticket price, attendees of all levels of ghost hunting experience will be able to have a great time exploring haunted properties safely and with professional guidance and tools.

Haunted Journeys, The Scarefest, Destination America, America’s Most Haunted, Paranormal Database, and members of the National Ghost Hunting Day board and its ambassadors look forward to a fantastic day of public education, para-scientific research, fund raising, and above all, fun exploration into the paranormal!

Bob Schmidt With a strong background in hospitality management, event management and business management, Bob brings much experience and insight  into his role of  Co-Founder and CEO of Haunted Journeys. Bob understands that historical preservation can be achieved by recognizing its essential role in the paranormal community.

Wes Forsythe, the well-known host of Paranormal Filler, has been coming to The Scarefest almost as long as there has been a Scarefest. He now brings his unabashed “attention whore” personality to Scarefest Radio. With a background in paranormal research (and farming…not that it is pertinent to this discussion), Wes has been hosting his own weekly syndicated internet radio show about that topic (paranormal…not farming) for several years. Along the way he has hosted other shows and specials concentrating on the related conventions and their guests. In 2015 he added the original Scarefest Radio recurring segment to his weekly Paranormal iCon show. Recognizing that the segment had too much potential and available content to be lost in the existing mix, he launched Scarefest Radio as an independent weekly show to showcase the stars, speakers, and vendors of the event.