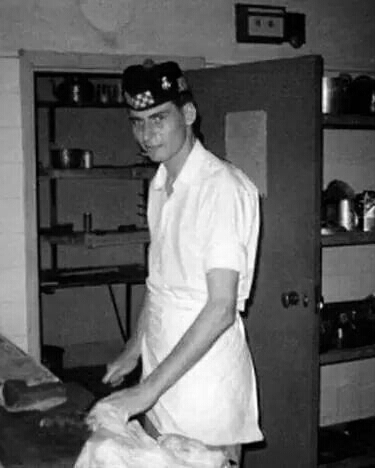 Dennis Nilsen was born on November 23rd, 1945 in Fraserburgh, Scotland, to Olav Nilsen and Betty Whyte, but, soon after his younger sister’s birth, Dennis Nilsen’s father abandoned the young family for good. This may have troubled most young men, but Dennis remained relatively unaffected, as he took to spending all his time with his maternal grandfather, Andrew Whyte, a fisherman. They spent hours walking the rough Scottish shores together, and Dennis used to thrill at his grandpa’s stories about the dangerous sea.

But suddenly, just three weeks before Dennis’s 6th birthday in 1951, his grandfather was found dead in his fishing boat. While the adults were told and mourned Andrew Whyte’s death, the news was never passed along to the children. While Dennis saw the casket, and his mother even briefly lifted him up to see the body, she didn’t explain what had truly happened, saying instead, “He’s only sleeping.”  So, for many months, Nilsen waited to his idol to return – but he never did. Nilsen stated later that this wound never healed and he was never able to fully love another person again. 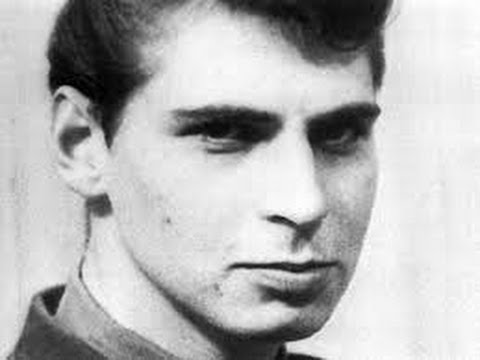 Dennis Nilson as a young man

At age 15, Nilsen decided to join the Army. For three years, he received military training in southern England. He described it as an “unusually happy” time for him. He got along well with his comrades, and felt accepted. He also became an accomplished butcher and chef for large groups of soldiers. However, Nilsen couldn’t shake the feelings that had been haunting him for several years: that he was sexually attracted to men. He went to female prostitutes several times, but found that it was “over-rated” and “depressing.”  So, Nilsen then turned to having sex with “anonymous German men.” And, yet, still there was something missing. So Nilsen began experimenting with his own reflection. He stated that he would arouse himself by lying very still in front of a mirror, with his head outside the scope of the reflection. Gazing at this view of his motionless body, he would pretend that the ‘lifeless’ figure was someone else – or even recall images of his grandfather in his coffin.

Then, in 1972, after 11 years, Nilsen left the military. He moved to London and became a Police Constable.  While this structure suited Nilsen’s personality, the contradiction between what was expected of him and his personality did not. By night he’d begun frequenting gay bars, but by day, he was expected to arrest people for homosexual activity (not de-criminalized until 1980). So he resigned after only a year on the force.

After about a year on unemployment, Nilsen was re-assigned as a civil servant, helping others down on their luck applying for work in the food industry. Nilsen also found a lover named David Gallichan.  They moved in together – Gallichan even purchased a dog for Nilsen, named “Bleep” – but the happiness wasn’t to last. After 2 years, the relationship was over and Nilsen was inconsolable. He went back to his fantasies in front of the mirror.  But this time he added a gruesome twist: he powdered his body to make it pale and used makeup to create “gunshots.”

By the end of 1978, Dennis Nilsen was desperate for companionship and picked up an 18-year-old in a nearby gay bar. They went back to Nilsen’s apartment, drank a lot, and fell asleep. But when Nilsen woke up, he was gripped with fear that his new lover would leave him. So he retrieved a necktie from his closet and proceeded to strangle him. When the boy struggled, he pulled the tie tighter, to unconsciousness, and put the boy’s head in a bucket of water to ensure death. Then he lovingly washed the corpse, and put it back in bed to “snuggle.” When rigor set in, Nilsen pried up the floorboards and stowed the body under his feet.

After a week, he pried up the boards again, and examined the boy.  While Nilsen realized he’d have to do something with the corpse eventually, his nerve failed him. He stated (of that time),“I just couldn’t do anything to spoil that marvelous body.”

With his first murder behind him, Nilsen became emboldened and initiated a 3-stage procedure for the killings to come…all 14 of them. Stage 1 was the killing itself: usually a combination of strangulation and drowning. Stage 2 was a ritual of bathing and pampering the body. Nilsen would then engage in acts of domesticity with the corpse: watching TV, eating dinner, listening to music – or sex.  Stage 3 was the disposal. This stage was Nilsen’s least favorite and he put it off until it was “absolutely necessary.”

Nilsen’s “favorite” victim was a man named Kenneth Ockenden – a Canadian who was traveling Europe and who was no homosexual. He met Nilsen in a bar, and after some drinking, Nilsen agreed to show Ockenden around the city.  This ended at Nilsen’s flat, where he promptly strangled Ockenden. However, he prized this victim, and in 2 weeks, the corpse was brought back out from under the floorboards more than four times. Nilsen also bought a Polaroid camera to take photos of Ockenden to remember him by.

After six victims were amassed, Nilsen realized that he needed to do something.  So he bought some rum, fortified himself, and began the work of cutting up the corpses. He used only a butcher’s knife – and later stated that “no saws were needed.”  Then he took shopping bags full of human heads out to a bonfire he created behind the house and burned them – along with some old wooden furniture.

This disposal method worked well – until Nilsen was forced to move to a new flat.  This one didn’t have under floor storage, so he knew he must kill and dispose immediately…but how would he make that work?

For victims 11-14, Nilsen employed various methods of disposal including boiling their heads to loosen the flesh, dismembering in the bathtub, and rendering their fat on the stove.  But when the sewer at his new apartment building backed up, his time was up.  The plumber descended into the sewer and discovered large pieces of flesh and bones – including human knuckles.

The police were called and the other tenants implicated the reclusive Nilsen.  Based on what the detectives found, they questioned Nilsen saying, “Was it one or two bodies?”

Nilsen replied, “Fifteen or Sixteen since 1978.  I’ll tell you everything.”

While awaiting his trial in jail, the officers tried to bring his beloved dog, Bleep, around to say goodbye.  Nilsen refused tearfully, stating that he didn’t want to cause her any further distress.

While most people would describe Dennis Nilsen as an unfeeling psychopathic monster, I’m not so sure that he was.

A prototypical psychopath is someone who has not only a lack of empathy, but also an interpersonal style that makes him undesirous of human affection.  A psychopath simply doesn’t crave such things.  Psychopaths feel excitement, sure – but it’s usually at the prospect of some adrenaline-soaked adventure – not at being able to snuggle and watch TV with a loved one. Psychopaths are also usually quite grandiose (“I’m the best!”); and Nilsen was anything but. Lastly, psychopaths generally exhibit a disdain for authority that wouldn’t allow them to function overly well inside a highly structured system like the military – a place where Nilsen flourished.

What’s also peculiar about Nilsen is that he had an enduring love for animals, and was explicit in saying that he didn’t want his victims “to suffer.”  He wanted death to be quick, and near painless. Additionally, while sexual gratification was a motivator for Nilsen, it wasn’t the reason for the killing.  The killing was based upon Nilsen’s desire for the victim to stay with him forever – for companionship.  A psychopath with sexual motives needs the killing to effect sexual release.  That wasn’t so in Nilsen’s case. Furthermore, the most difficult part of the process for Nilsen was disposing of the bodies. While he was able to do it, it was something that caused him tremendous distress.  He recounted retching often and having to “get drunk” in order to complete the task.

Therefore, when it comes to a descriptor for Dennis Nilsen, I wouldn’t use the term “Psychopath.”  It just doesn’t fit him; nor would I use the term “unfeeling.”  While it’s clear that he lacked empathy in the traditional sense, he was far from cold and unemotional.

Now that, I suppose, is open for debate…even Nilsen himself knew that there was something that was desperately ‘off’ about him, stating, “Nature had mismatched me from the flock.”