DON’T BREATHE Pulls No Punches And blood flows in bunches 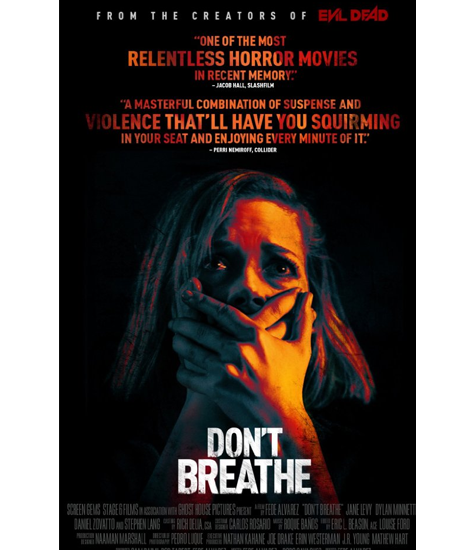 Don’t Breathe opens on the unsettling scene of an unconscious girl being dragged down the street by her hair; the surrounding scenery shows the cracked sidewalks and overgrown backyards of an abandoned neighborhood somewhere in the suburbs of Detroit. It’s a brilliant hook, one that sets an intense tone for the unnerving home-invasion flick that follows. 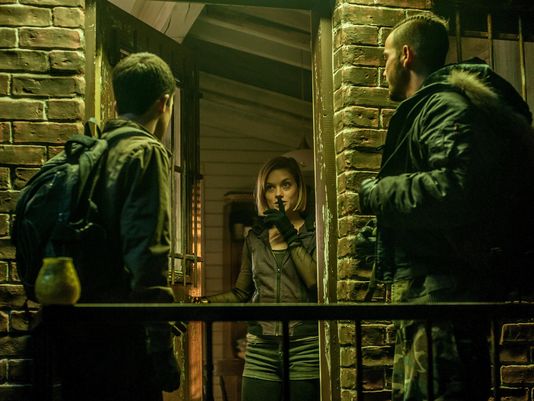 The story focuses on three down-on-their-luck millennials (Jane Levy, Dylan Minnette, and Daniel Zovatto) who have taken up burglary in hopes of stealing enough to start a new life. Despite targeting a blind Gulf War veteran (Stephen Lang), the trio are instantly sympathetic due to the extreme nature of their personal circumstances, coupled with an effort to preserve life during the course of their criminal activities. In a strange way, writer/director Fede Alvarez (Evil Dead) is able to paint them as underdogs worthy of our support – a feeling that is later confirmed when the blind vet becomes a hulking psychopath, murdering one of our heroes with his bare hands. 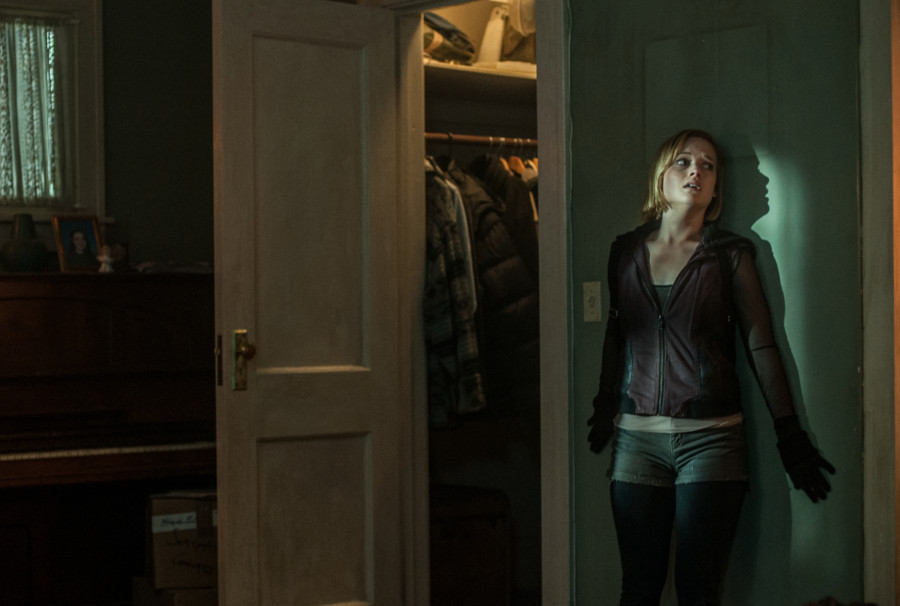 Locked in a house with a madman, noise becomes the greatest threat to survival for these surprisingly stealthy teenagers. The gimmick of having a blind enemy allows Alvarez the excuse to create moments of horror brilliance, where an armed-and-dangerous maniac stands inches from his would-be victims, waiting for them to make the slightest sound. And when they inevitably do, the vicious conflict that follows is sure to make even the most jaded horror fans twist in their seats. Bones will break, blood will flow, and Don’t Breathe pulls none of its punches.

While the cast of relatively obscure actors helps with maintaining our suspension of disbelief, it’s the direction of Alvarez that sells us on the suspense. In one of the most memorable shots I’ve seen this year, Alvarez utilizes unmotivated movement to send the camera off to explore the home, spotting dangerous hammers, blades, and guns hidden throughout the premise. We know they’ll come into play, but we don’t yet know when or how. 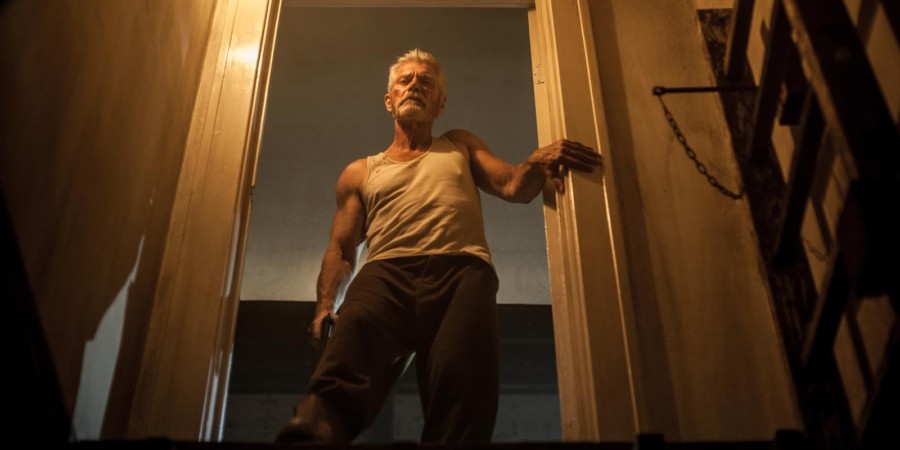 It’s the unknown that’s too uncomfortable to bare, especially since the violence comes in quick bursts, encapsulated by moments of imperative silence. Every gunshot and hammer swing feels like a blitzkrieg, sending a ripple of shock to demolish false feelings of safety. We go instantly from holding our breath to trying to catch it, not wanting the characters to succumb to the brutality. Over time, our seemingly mortal nemesis becomes a terrifying, nearly unstoppable obstacle, made even more threatening by his propensity for reticence during bouts of violent rage.

Then the unnamed threat starts to speak. From that point on, things go completely off the rails, and the effective horror film becomes an unintentional comedy of clichés. We’re forced to listen to a deranged philosopher ramble about his lack of belief in God, looming over his victim with a pair of scissors that, despite dramatic shots of clipping blades, fail to feel menacing, partially due to the super-villain style monologuing that precedes any actual snipping.

To make matters worse, Don’t Breathe characters thought dead start coming back to life in the nick of time and things devolve completely into a loud, generic chase film during the final act. The tension becomes less about a killer finding victims in the dark and more about the outrageous sexual tortures he’ll perform once he catches them – it’s such a jarring and unusual change of pace that I couldn’t help but laugh.

All of the above is capped off by what may be the lamest sequel tease I’ve ever seen. Granted, there’s a lot to love about Don’t Breathe; however, I have zero interest in a follow-up. I don’t know exactly where the story will go from here, but I imagine it with feature a blind atheist armed with a jar of freezer semen and a dripping turkey baster – and I’m sorry, that’s hysterical.