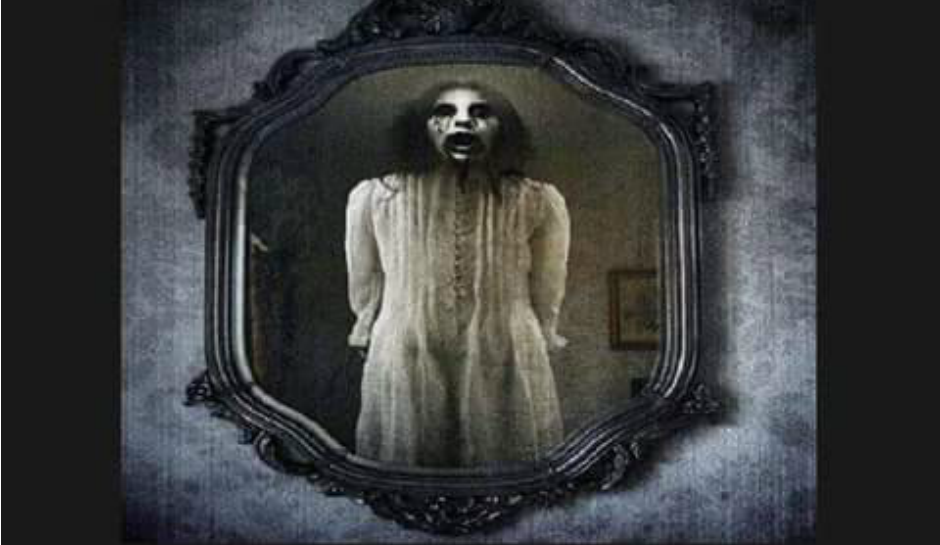 Take your pick: poisonous lollipops or murder by a Captain Hook impersonator. Each year, Halloween brings with it a few very elaborate urban legends that keep many trick-or-treaters on their toes.

The common saying “don’t take candy from strangers” dates back to the abduction of Charley Ross in 1874, who was lured into a horse-drawn carriage with a treat and never seen again. So while there is an ounce of truth to the saying, not all candy is out to do evil. Still, the annual rumors persist and run the gamut—from chocolate-covered razor blades to candy corn laced with arsenic. Moral of the story? Be a little cautious with your sweets and urban legends.

Mirrors are quite essential during All Hallows’ Eve. How else do you perfect your freaky clown makeup? But according to the most notorious of Halloween urban legends, you should be careful what you say while gazing into the looking glass. If you repeat the words “Bloody Mary” three times while staring into your reflection, an evil woman from the other side may appear and try to drag you through the mirror. And no, she doesn’t arrive with brunch cocktails. 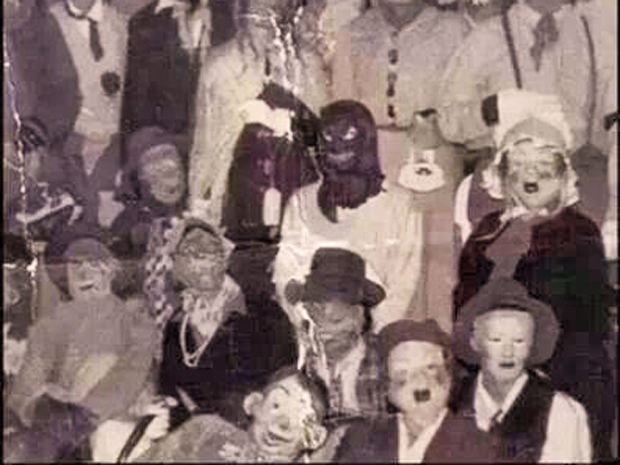 Ready, set, say cheese! Or stare devilishly into the camera while wearing a black mask. One particular photo from 1962 continues to spread a legendary story about a Halloween massacre. The plot goes that the man in the black mask in the photo above was at a costume party and decided to lock all the doors in order to attempt murdering each and every guest. Seven partygoers met their end and the man was never caught. It wasn’t until 1969 that his mask was found by the FBI. Is it true? Obviously not. But the possibility of such a slaying still sends shivers down the spines of costumed revelers everywhere.

You’re getting very sleepy, and very… trippy. This myth purports that parents should watch out for those who hand out temporary tattoos rather than candy—because surely the intent is all trick and no treat. Allegedly such tattoos are infused with hallucinogenic drugs that’ll make children feel like Alice in Wonderland—until they fall down the rabbit hole permanently. 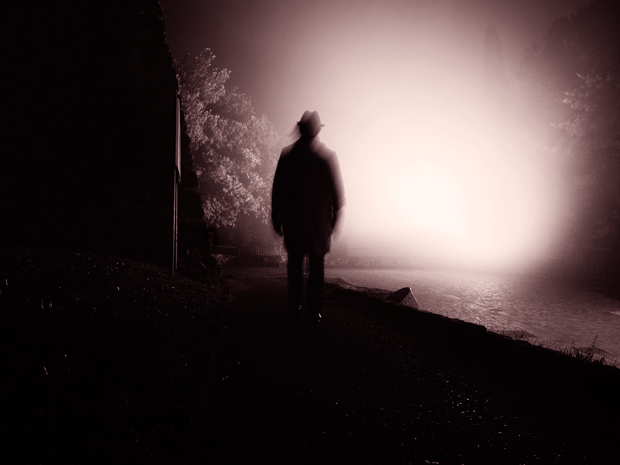 5. The Madman with a Hook for a Hand

You’re a blossoming adolescent and your hormones are rushing, so naturally you’d welcome the opportunity to make out with someone in a car following a Halloween party. But according to this tale, it may be best to keep one hand on the ignition. The story goes that while two young lovers are swapping spit, a news story comes in over the radio detailing the story of a woman who was murdered nearby by a madman with a hook for a hand. Then, suddenly, the teens hear a scratching on the hood of the car—when they take a peek, it’s the hooked man himself.

The myth of the spider wig is definitely an arachnophobe’s worst nightmare. In this story, a creative young woman is putting together her own costume with treasures from her grandmother’s attic. She sets her eyes on a dramatic witch’s hat and wig, dresses up, and heads to a party. Her scalp is a bit itchy, but she thinks nothing of it—until fellow partiers start freaking out. Out of her headgear, and crawling all over her face, are thousands of tiny little eight-legged arachnids.

The Disappearance of Charley Ross