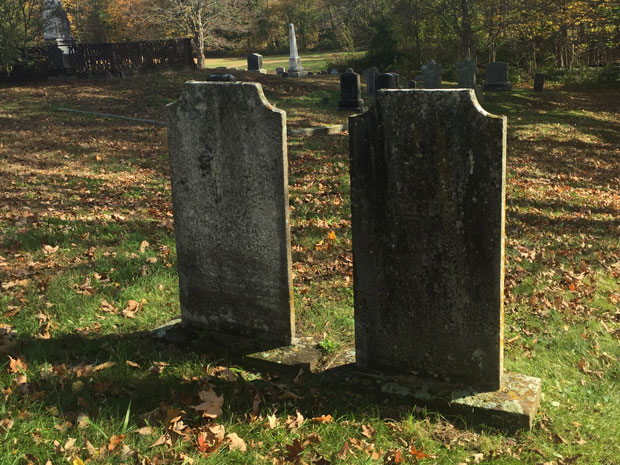 Come for the clam chowder, stay for the ghosts on every corner. New England’s cemeteries, inns, and bridges are ripe with ghost sightings and reports of paranormal activity. Here are ten of the creepiest spots. Pack your hiking boots and your EMF meter, and plan a visit to New England’s most haunted.

This inn was originally built as a homestead in 1649; and it’s been haunted for nearly as long. Rumor has it that the first owner of the inn had a daughter, Hannah, who drowned in the nearby Oyster River. Today, visitors and inn employees often report creepy activity, from missing objects and self-locking doors, to noises in empty rooms and levitating glassware. The current innkeeper believes Hannah’s spirit has stuck around since her death, to play games with guests and staff, making it one of New England’s most haunted. 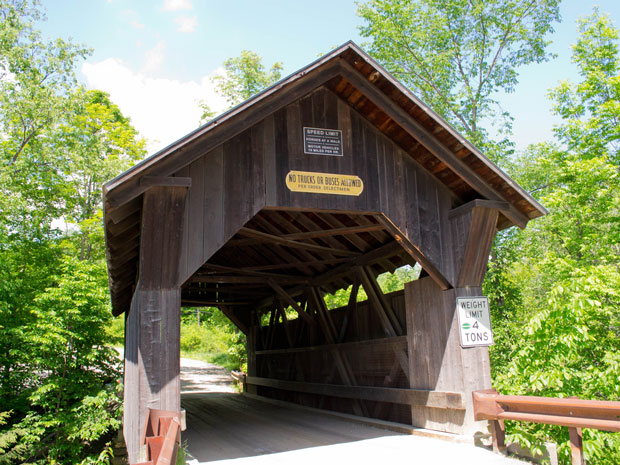 This bridge is actually called the Gold Brook Covered Bridge, but it’s known as Emily’s Bridge … because of the ghost who haunts it, of course. The circumstances of Emily’s death are somewhat uncertain—some say she hung herself after being jilted by a lover; others say she fell while riding a horse—but rumors of her haunting the bridge have persisted since 1968. The best time to get a glimpse of Emily? Park your car on the bridge between 12:00 A.M. and 3:30 A.M. (her most active hours), and you might hear footsteps, a girl’s screams, and banging … and maybe even find scratch marks on your car – surely one of New England’s most haunted locations.

The Bridgewater Triangle spans about 200 square miles and includes spots like the Hockomock Swamp and Taunton State Hospital. There’s plenty of opportunity for paranormal activity here. Visitors have reported Bigfoot sightings, UFOs, ghosts, tailgating spirits, and flying creatures all over the area. 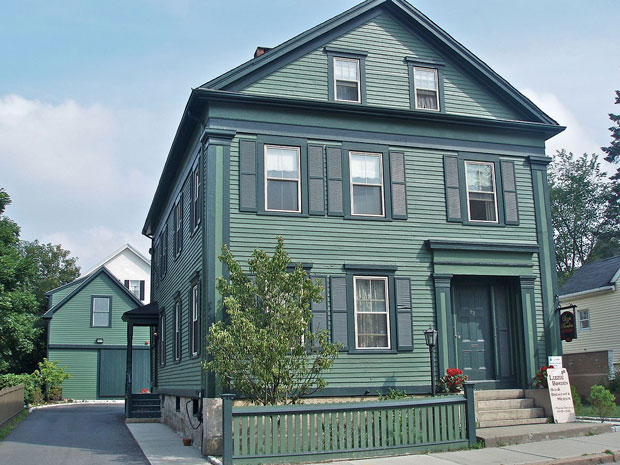 We don’t recommend staying alone at this spooky B&B. It’s the former home of Lizzie Borden, a Fall River woman accused of murdering her father and stepmother with an axe in 1892. Today, guests can stay in the master bedroom of the murdered couple and even in the room where the stepmother was found. Many have reported sightings of ghosts, as well as discovering mysterious scratches across their bodies.

Rumor has it that John P. Bowman built this Victorian mansion as a summer home for his family, but his wife and two daughters died before they could enjoy it. He remained in the house after their deaths, and dabbled in the occult in hopes of bringing his family back from the dead. He died in 1891, but some say that his family made it to the house after all and into New England’s most haunted. Visitors report seeing an apparition of a woman roaming the home and hearing the sounds of a baby crying, as well as a feeling a sense of dread when standing at the top of a staircase. 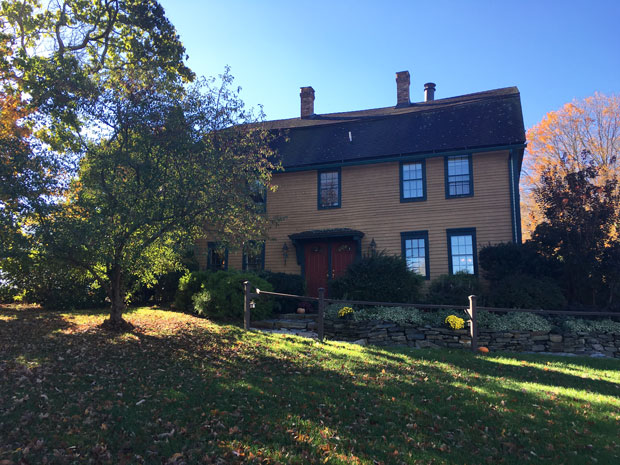 Captain Grant’s 1754 was built by Captain William Grant for his wife, Mercy Adelaide Avery, and their children. Though Captain Grant died at sea, his family lived in the home for generations. Mercy died there in her 80s, and was buried across the street, though she’s said to haunt the home to this day. If you come for a visit to this historic inn, you can even stay in the Adelaide Room, named for Mercy, and try to catch a glimpse of her ghost.

Gardner Lake is a seriously creepy location. For starters, there’s a house at the bottom, which supposedly sunk back in the winter of 1895, when the homeowners tried to move the house across the frozen lake using sleds. The family saved some of their possessions, but left heavier furniture, including a piano. People who have come to this lake to fish have heard faint piano music coming from under the water. 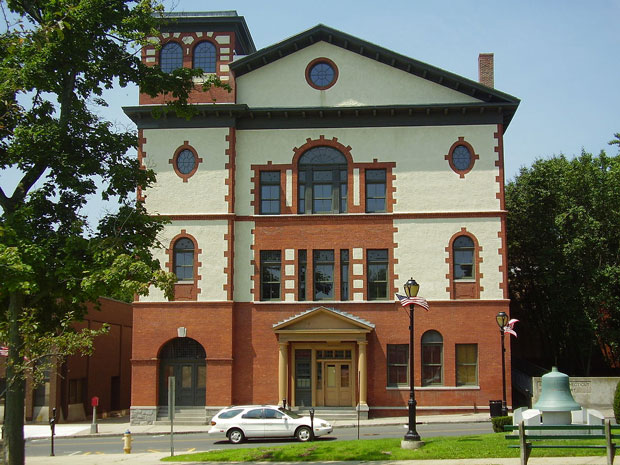 Since it was built in 1889, the Sterling Opera House has showcased the likes of Bob Hope and Harry Houdini. Today, visitors say it’s home to spirits. Paranormal investigators have reported the voices of children talking and singing, shadowy figures, orbs, and children’s handprints appearing out of nowhere.

It’s not often that an entire village is cursed, but visitors to the remains of Dudleytown say that’s the case. The village was founded by the Dudley family, who were apparently cursed, all dying off soon after settling the land. Some say that the Dudley curse extends to the rest of the village—its population quickly dwindled after the Dudley deaths. It was totally abandoned in the 1800s, though some historians believe that might have been due to lead-contaminated water sources. While little more than stone foundations remain today, visitors to the Dudleytown site report various forms of paranormal activity—like sightings of orbs—and a strong sense of dread. 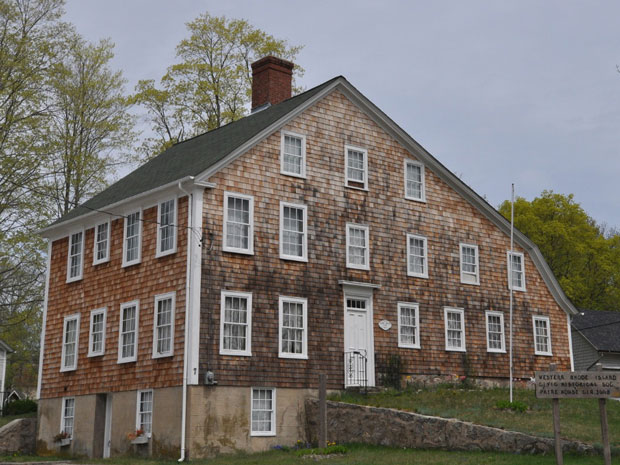 Built in 1691, this house is now a museum and historical society—but that’s not why visitors flock here. It’s apparently a hotspot for paranormal activity. Investigators report picking up voices and sounds, and being pushed and slapped by the less friendly entities in the home.

Shut in with Spirits: A Night at Captain Grant’s 1754 Haunted Inn

The Creepy Legend of Emily’s Bridge