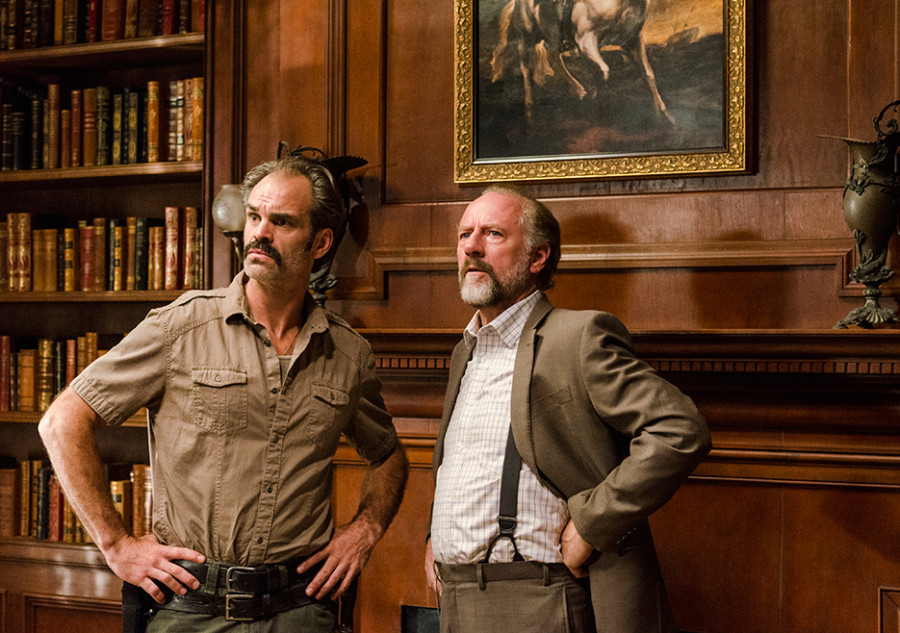 As Season 7 of The Walking Dead continues to unfold, we shuffle off to yet another community, the Hilltop Colony, after a relatively pleasant stop with Carol and Morgan at the Kingdom, a grueling visit with captive Daryl at Negan’s lair of banal evil, and the humiliation of Negan’s unexpected call upon Rick’s home base of Alexandria last week. In episode 5, “Go Getters,” we find that Sasha, true to her word, has delivered a traumatized and pregnant Maggie to Hilltop and desperately needed medical attention after the horrors of Negan’s ambush of the Ricks in last season’s cliffhanger, and its terrifying conclusion in this season’s premiere. Recall that Rick’s dash across the countryside that ended in the fateful and fatal confrontation with Negan was necessitated in the first place by Maggie’s need for medical attention at Hilltop. 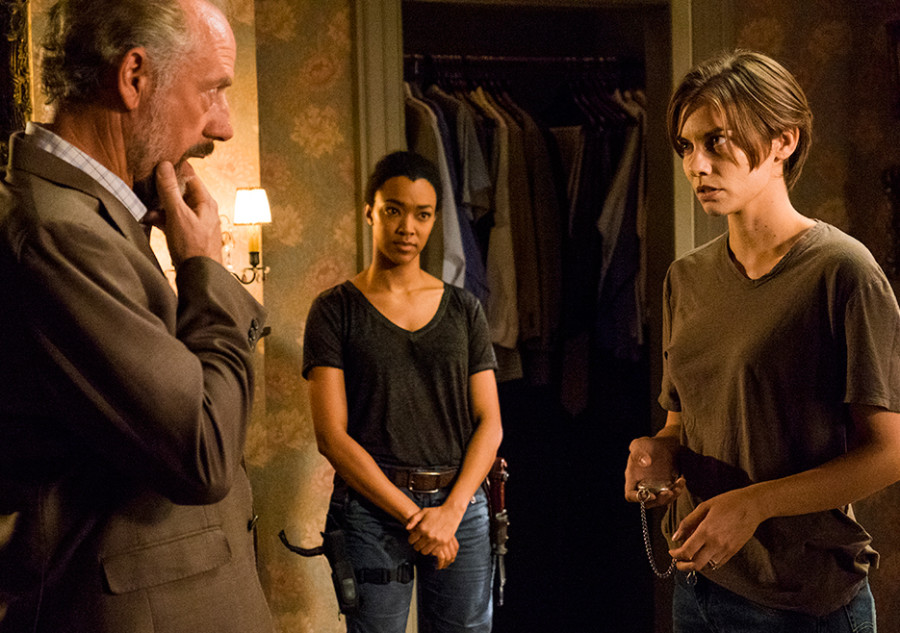 Gregory (Xander Berkeley), Hilltop’s creepy and self-serving leader, is adamant that Maggie — even in her condition — and Sasha must leave because the Hilltoppers are also under Negan’s “protection,” meaning they are being extorted out of half of what they produce under penalty of grievous violence. It was this onerous arrangement that Rick arrogantly and heedlessly assured Gregory he could remedy with the murderous commando raid on the Negan outpost late last season. Rick had assumed that the compound they attacked under cover of darkness — where they slaughtered two dozen of Negan’s Saviors in their sleep — was the entirety of Negan’s community and not a mere outpost. Oh, was he wrong.

Rick’s hubris and miscalculation led directly to the deaths of Glenn and Abraham, the captivity of Daryl, and a particularly vicious subjugation of Alexandria. Negan was astute enough to recognize that pride was Rick’s primary vice and put a lot of time and sadistic effort into driving it out of him.

Gregory is the opposite kind of leader: a smiling and sagely nodding diplomat who will say anything to appease the heavily armed Negan squad that comes to collect Hilltop’s most recent “offering” of food and supplies. In addition to his normal level of oily and craven behavior when confronted, Gregory is even more on edge out of fear that the Negans will learn of Hilltop’s complicity in the outpost attack, that Maggie and Sasha’s (who are hiding) presence at Hilltop will remove his “plausible deniability,” and the fact that he was recently stabbed in the stomach by the Negans as a brutal warning about perceived light offerings. 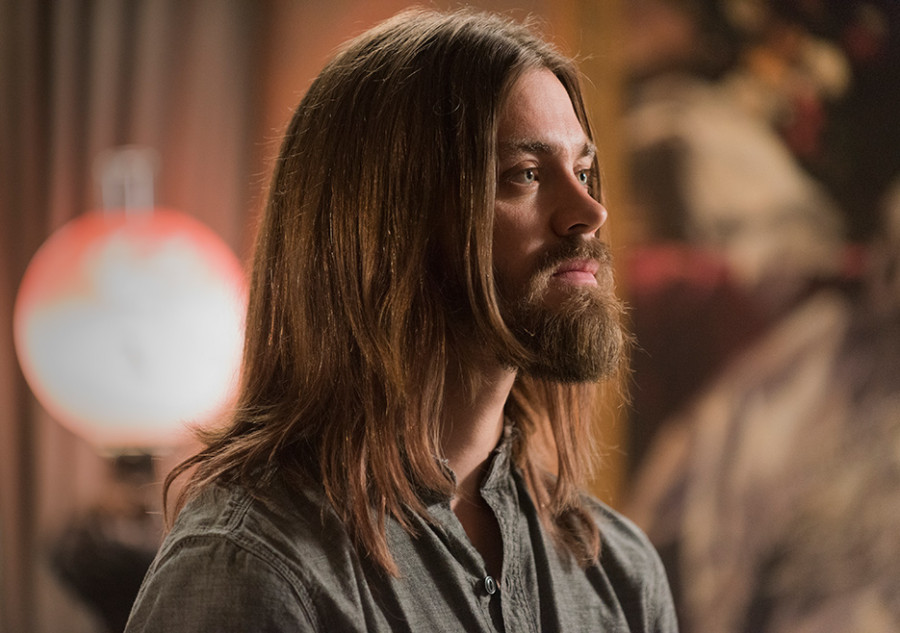 We see disgust on the face of Paul, aka “Jesus,” the benevolent ninja who has moral and tactical authority at Hilltop, as Gregory bobs and weaves his way through the conversation with a particularly emphatic Negan lieutenant, who menacingly advises Gregory that the now-dead Negan reps who used to collect Hilltop payments had grown “soft.” Gregory reassures the lieutenant that he understands the seriousness of the situation and wants nothing more than to “reach across the aisle” and cooperate. The Hilltop leader then attempts to curry additional favor by leading the men to the hall closet where he thinks Sasha and Maggie are hiding in order to turn them over in a particularly vile act of self-serving treachery. Fortunately, Jesus had moved them to a different closet, so when the Negan man opens the hall closet to find a case of Gregory’s beloved Scotch, he assumes THAT is the special offering and confiscates the whole thing, much to Gregory’s dismay. Then, on the way out, the Negan man makes Gregory kneel in a final act of subjugation.

So we know Jesus disapproves of Gregory’s entire interaction with the Negans. But until Gregory crosses the line and tries to betray Maggie and Sasha, what should he have done differently? Diplomacy is a real skill and under the circumstances — vastly outnumbered and outgunned in a very delicate, hair-trigger situation — anything less than smarmy cooperation would have resulted in certain disaster. Maybe Gregory’s knack for strategic ass-kissing is why he is still head man at Hilltop. Certainly Rick’s pride and defiance would have led nowhere good. 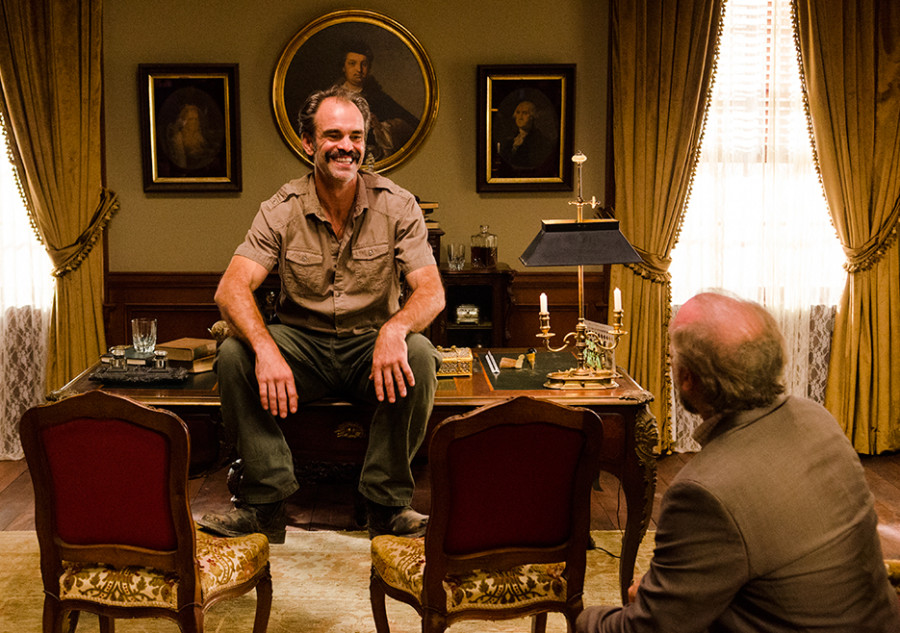 In a post-apocalyptic world where brute force is the trump card to any situation, the ability to diffuse a potentially deadly confrontation has real value. The fact that Gregory is mostly looking out for himself, that he has already hit on both Maggie and Sasha, and that he lives like some kind of colonial governor undermines his ultimate value and legitimacy, but in this particular situation his approach is the only one that made any sense.