Talking Destination America’s Controversial KILLING BIGFOOT with Jim Lansdale, Peter von Puttkamer on After Hours AM/America’s Most Haunted Radio Should Bigfoot be protected or is harvesting a body for study legitimate? 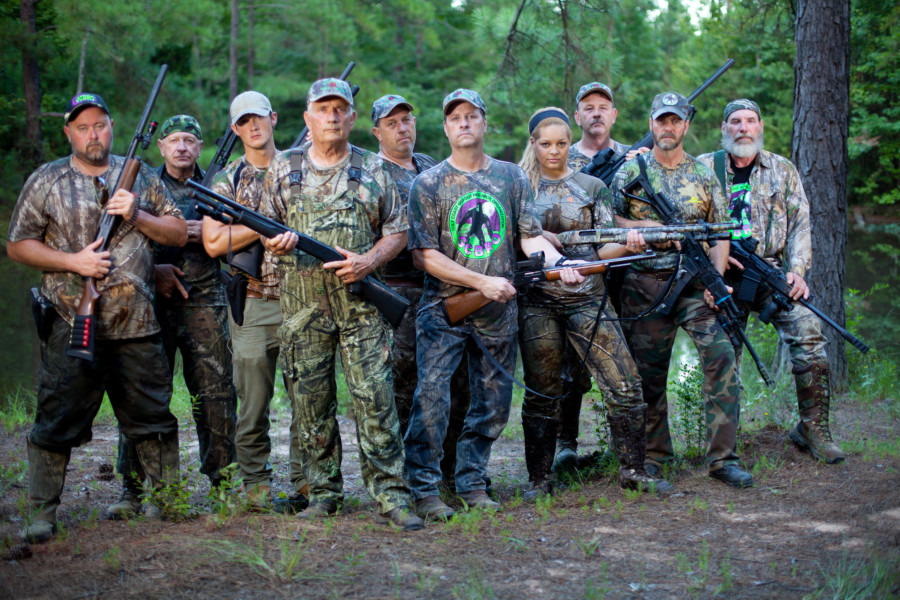 On a deeply controversial episode of After Hours AM/America’s Most Haunted Radio — Thursdays 9-11pE with hosts Joel Sturgis and Eric Olsen — we talk with Bigfoot hunter and star of KILLING BIGFOOT, Jim Lansdale, as well as creator/director of the series, Peter von Puttkamer, about their new show on Destination America. Jim and Peter join us at 10pE; at 9pE, Joel and Eric shovel out the week’s hot paranormal news and exchange bon mots.

Deep in the heart of Texas, Bobby Hamilton, his friend Jim Lansdale, and their team of monster hunters known as the Gulf Coast Bigfoot Research Organization (GCBRO), have decided to take the hunt for Bigfoot with deadly seriousness. Across the South, the hunters believe a sleeker, faster and more aggressive type of Bigfoot is attacking people’s farm animals, pets, and even threatening humans. In the all-new series KILLING BIGFOOT, GCBRO is on a mission to help families terrorized by Bigfoot and prove once and for all that the fabled creature exists by killing one specimen, and providing a body of definitive scientific proof. The six-episode first season of KILLING BIGFOOT premieres Saturday, February 4 at 10/9c on Destination America.

The members of GCBRO come from vastly diverse backgrounds including civil engineering, IT and corporate technology, and private investigation and surveillance. The team also includes former cops, National Guard and military veterans, a medical tech, and even a coroner’s “body removal specialist.” GCBRO’s main goal is to help those frightened by alleged recent encounters with Bigfoot, but however well-intentioned GCBRO’s mission may be, their controversial objective to kill even one Bigfoot puts them at odds with many in the crypto-zoological community who do not want to see one dead.

This season of KILLING BIGFOOT includes the following episodes:

Three members of GCBRO speak at the Honobia Bigfoot Conference in Oklahoma, where they meet angry resistance from those who want Bigfoot left in peace. The team is called away to Louisiana, where new evidence has been unearthed following an alleged Bigfoot hit and run: a tiny primate-like skull with teeth, which they send to a DNA lab for testing. Several locals have reported seeing a small orangutan-like creature and hearing monkey-like sounds near the woods. GCBRO organize a night hunt during which they have a frightening close-encounter and then possibly capture footage of Bigfoot itself.

A report comes in to the GCBRO of a terrifying Bigfoot encounter on the Dyess family’s 5,000-acre wooded farm in the swampy Sabine River area of southwest Louisiana. Family members have heard mysterious screaming at night and taken casts of huge, unidentified animal tracks found on the property. GCBRO steps in to try to bring peace to the Dyess farm and, in the process, has a possible nighttime encounter with Bigfoot. Meanwhile, GCBRO has a run-in with their old teammate-turned-rival Dr. Web Sentell, a neuro-psychologist and Bigfoot no-kill advocate who wants to prove he can find one of the creatures using a gentle, alternative: flute playing and food offerings. The benefits of killing or not killing Bigfoot in the South becomes a major argument between Sentell and GCBRO.

With cases flooding into GCBRO headquarters, Jim is intrigued by the reports but overwhelmed by requests for assistance. They need new hunters if they want to keep up with the demand. While Jim and Don Don visit a biker whose family had a face-to-face encounter with Bigfoot deep in the Mississippi woods, the process of interviewing new recruits begins: culminating in a series of challenging tests. The candidate search might be just as difficult as finding Bigfoot itself, but a night hunt with the most viable recruits shows off the talents they could bring to GCBRO.

The team gets excited by a report from a woman in east Texas, Anna, who claims she shot at Bigfoot in her backyard to protect her daughter and save her dog. A wounded monster should be easy to track down. GCBRO races down to meet her and check out the game camera photos she captured. Anna shows them an unidentified hair sample she found attached to her shoe that is sent away for DNA analysis. Before embarking on their night hunt back at Anna’s property, the team visits a nearby sighting eyewitness who leads the team to possible Bigfoot nests. That evening, the hunt reveals Bigfoot trails, tracks and some very close calls.

GCBRO member Don goes on a local TV show to reach out to the public to come forward with their Bigfoot sightings in the Mississippi area. GCBRO receives a report from a frightened rural family that claims Bigfoot killed several of their dogs and even attacked a young man. The team to meets Minnie and her family in a rural farming community, where they will conduct a series of night hunts to get to the bottom of the attacks. The hunt is on when another of the owner’s dogs goes missing. A hair sample is brought to Bigfoot forensics expert M.K. Davis.

Jessica and her physically challenged husband Bret live in a heavily wooded area of Texas. They say they’re being terrorized by Bigfoot pounding on the walls of their house, and screaming and wailing in the night. Bret also believes he saw a huge Bigfoot run in front of his car, and so he calls GCBRO to try and locate the creature that is frightening them. The team finds tracks around the house, including a huge handprint in the mud that’s twice the size of a human hand. The final night hunt of the season sends GCBRO in search of a giant, rogue Bigfoot. 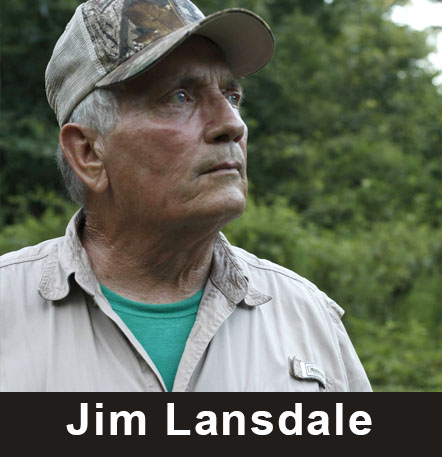 A manager of several different businesses across the US, Jim has been hunting Bigfoot for over 20 years. He is a co-founders of Gulf Coast Bigfoot Research Organization.  His experience as a soldier in Vietnam has left him with a sense of discipline and authority. He keeps the hunters in line on the hunts and on the stakeouts and maintains a strict code of gun safety on all hunts. He is head of investigations and has spent months on end in the backwoods of Louisiana and Texas. Jim first encountered Bigfoot at one of his son’s deer feeders and witnessed it take off on all fours. He says Bigfoot, at least in the South, move bipedally but when pressed, will take off and run on all fours at speed. Ten years ago, he says they wounded a monster, tracking it and then DNA sampling its blood, connecting it to the Great Ape family. But a body is still needed for ultimate proof. He takes his son Jake out on investigations and they and the rest of the GCBRO team are united by one goal: to hunt and kill a Bigfoot for science. 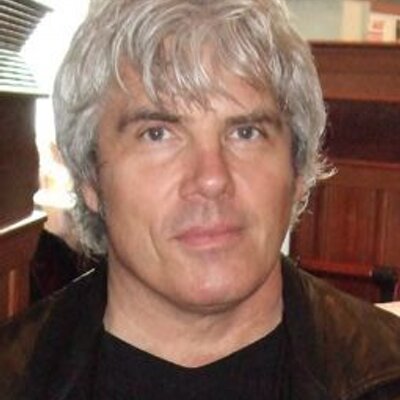