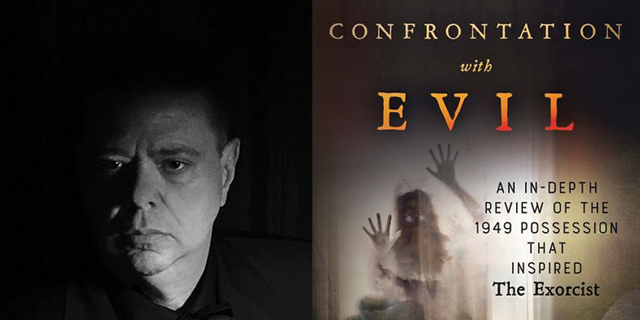 Join us for a plunge down the rabbit hole on After Hours AM/America’s Most Haunted Radio — Thursdays 9-11pE with Joel Sturgis and Eric Olsen — as we discuss the notorious 1949 St. Louis possession with author Steven LaChance, whose CONFRONTATION WITH EVIL book casts new light on the iconic case that inspired THE EXORCIST. We will talk with Steven in the 10pE hour; at 9pE Joel and Eric will cast a light into the gloom and review the week’s paranormal news.

One of the most disturbing, influential and famous cases of demonic possession in America, the story of possessed child “Roland Doe” was immortalized in the groundbreaking novel and film THE EXORCIST. Much has been written about the case, but the truth has been elusive, until now, with the publication of Steven LaChance’s CONFRONTATION WITH EVIL: AN IN-DEPTH REVIEW OF THE 1949 POSSESSION THAT INSPIRED The Exorcist.

The horror began ramping up in January 1949 with a dripping sound behind the walls of a Cottage City, Md., house. Then a crucifix on the wall began to shake unnaturally. The dripping sound gave way to a scratching noise beneath the floorboards in one of the bedrooms, which in turn yielded to high-pitched squeak and then a violently shaking bed. Within a few weeks, 13-year-old “Roland Doe” became possessed, his body battered, bruised and nearly torn broken by a spirit, leading to a brutal, extended struggle to free him. 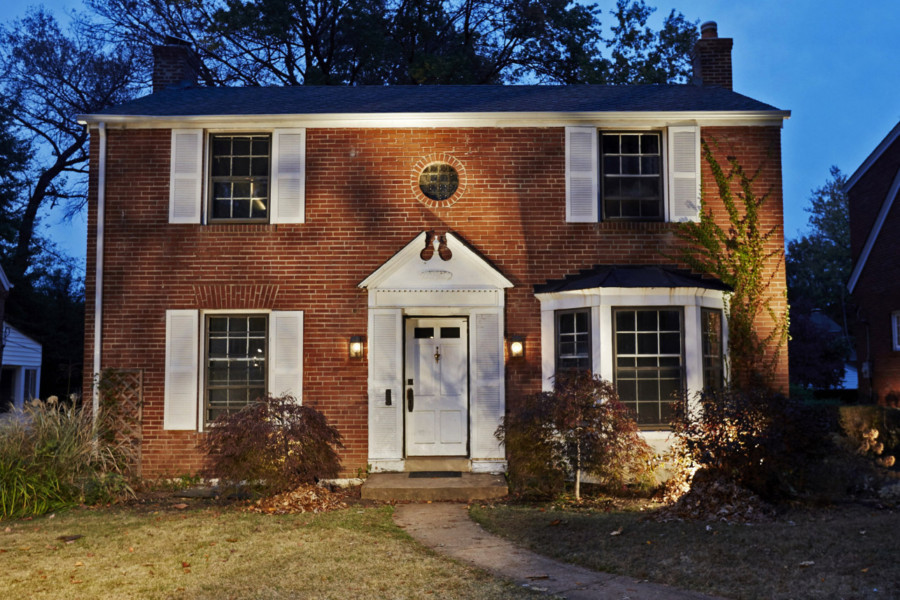 Author and haunting survivor Steven A. LaChance shares the shocking evidence for how a family’s grief over the death of an aunt progressed into a full-blown demonic possession. While the conventional story is that Roland Doe brought the demonic infestation upon himself, LaChance suggests an alternative interpretation, and provides new insights into the nature of possession itself. The events of 1949 culminated in grueling exorcism rites, but the story doesn’t end there as LaChance guides readers through the stunning aftermath that forever changed the Catholic church and the city of St. Louis.

Steven LaChance lived through what some call one of the most violent haunting cases in history. In 2012, in an unprecedented move the Roman Catholic Church issued a 156 page report calling his haunting a clear case of demonic infestation, oppression, and possession. The haunting lasted for ten years. In October 2006, the Discovery Channel premiered its third season of its hit show A HAUNTING with an episode featuring Steven, his family, and friends on the haunting titled “Fear House.” The depiction of this shows demonic clown has frightened many and is considered one of televisions most terrifying moments. “Fear House” has been seen by over 26 million people worldwide. In 2007, Steven released his first book about the haunting called, THE UNINVITED and it quickly gained critical praise and a worldwide audience.

In 2010, Warner Brothers featured Steven and others talking about their haunting cases for a documentary for the smash hit CW show SUPERNATURAL. In 2014, Steven released his follow up book on the haunting, BLESSED ARE THE WICKED, which broke records hitting the charts within 5 minutes of its digital release and received critical acclaim for its worldwide release.

Steven has appeared on numerous television and radio programs worldwide. He has been a featured guest on Fox News Mike & Juliet Show, Fox News, NBC News, CBS News, Travel Channel, Chiller, CNN, Destination America, the Discovery Channel, plus many more including his starring appearance in the Booth Brothers documentaries Children of the Grave, and The Possessed.