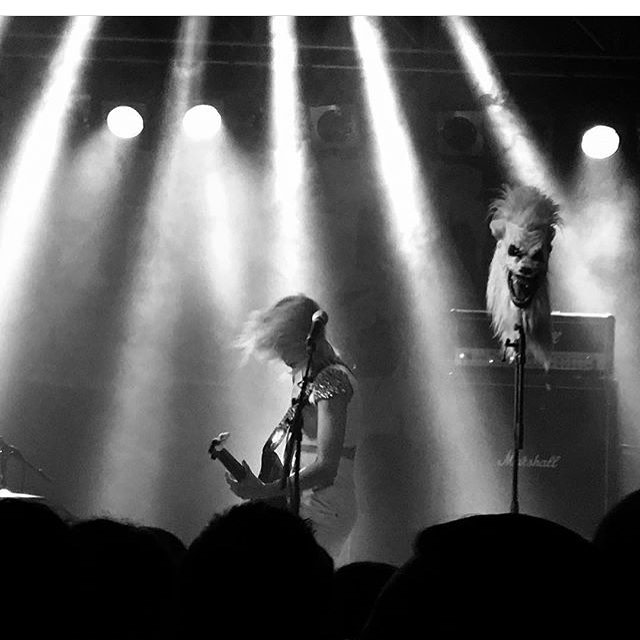 On a rocking but spooky episode of After Hours AM/America’s Most Haunted Radio — Thursdays 9-11pE with hosts Joel Sturgis and Eric Olsen — we speak with Austin rockers the Ghost Wolves, whose lead singer and guitarist Carley Wolf is in touch with her inner and outer ghosts and has had a number of paranormal experiences. We speak with Carley and Jonny at 10pE; at 9pE we cover the week’s most amazmo paranormal news.

Austin, TX based duo The Ghost Wolves met in 2011 backstage at a local music festival and have been an inseparable force ever since. To Carley and Jonny rock ‘n’ roll is an intangible spirit — an expression of absolute creative freedom, not a binding genre. Their stage show is wild, energetic and infectious. Bombastic guitar riffs, wild lyrical tales, explosive sing-alongs, scratchy acoustic cuts and slow-burning muddy grooves are delivered with glee. The songs stick in your head like a recurring dream. The Ghost Wolves simply deliver. Their second full length album, “TEXA$ PLATINUM” was released in April of 2017 by German rock & roll label Hound Gawd! Records.

With song titles like “Whettin My Knife,” it is not hard to imagine what this new album may be about. The band is Carley Wolf on guitar and vocals, and Jonny Wolf on drums, synthesizer and vocals. They formed in Austin, Texas in 2010. Some of their influences include artists like Hasil Adkins, Joan Jett, R.L. Burnside, The Ramones, The Kills, Ronnie Dawson, Death Grips, Jessie Mae Hemphill. The Joan Jett connection goes further as it was the legendary punk guitar player Cheetah Chrome (of Dead Boys fame) that signed them to their last record deal. His own backing band featured members of the Black Hearts. 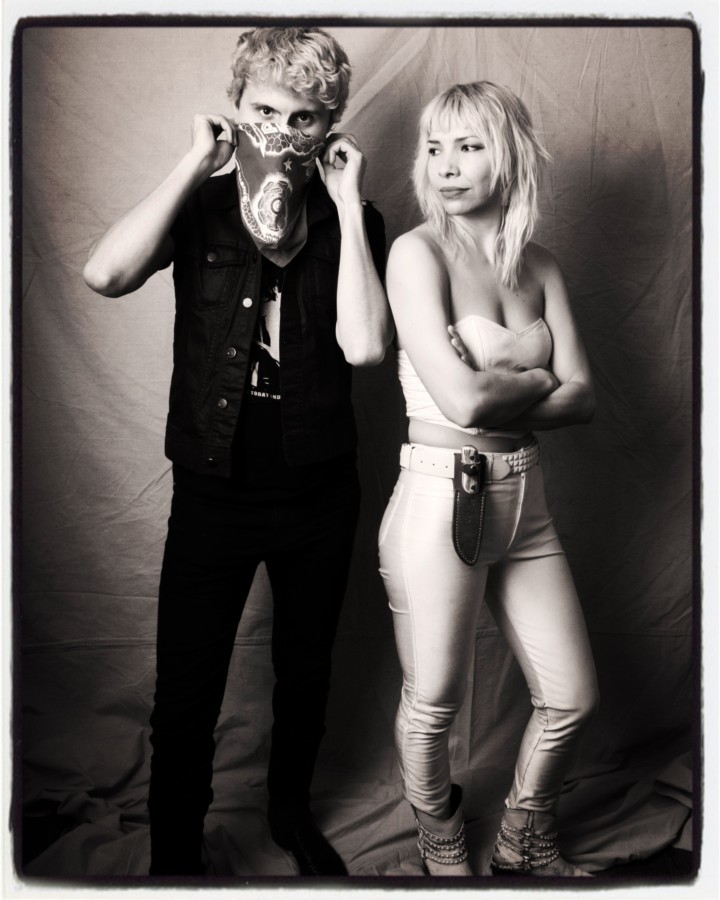 It’s no surprise that Carley Wolf’s guitar playing gets attention. She has been featured in Premiere Guitar, SheShreds, Guitar Girl Magazine and has performed live on NPR stations like WBEZ in Chicago. “The pair tour relentlessly, showing a joy in the turn-it-up that evokes the visceral virtues of rock at its most raw and elemental.” wrote legendary guitarist, producer and music critic Lenny Kaye (Patti Smith Group) for emusic.com.

Several tracks from their previous record got prominent TV and film placements including on the hit TV series Shameless; several programs on the Oxygen channel (Bad Girl’s Club, Funny Girls, Best Ink); an over-the-top trailer for Japanese martial arts film called Why Don’t You Play in Hell? Not to mention MTV’s Real World: Explosion and for Perry Ellis at Fashion week in New York.

TEXA$ PLATINUM was produced by Mike McCarthy at his private studio in Austin at the end of 2016. McCarthy has produced albums for artists like And You Will Know Us By The Trail Of Dead…, Spoon, OBN III’s. The record was mastered by Howie Weinberg at his Los Angeles facility. Weinberg also mastered Nirvana’s Nevermind album, as well as records for the Beastie Boys, The Clash, White Stripes, U2 and many others.