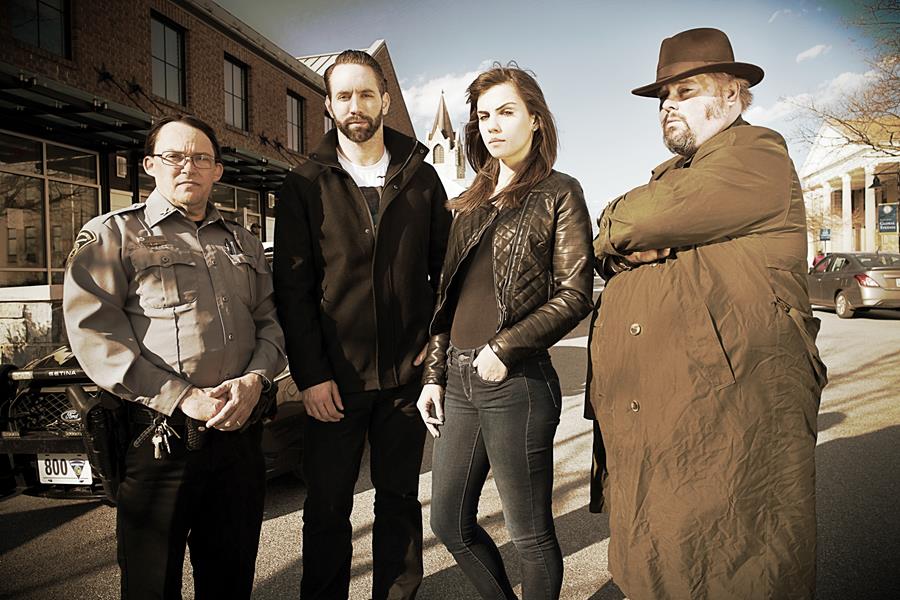 On a wildly paranormal episode of After Hours AM/America’s Most Haunted Radio — Thursdays 9-11pE with hosts Joel Sturgis and Eric Olsen — we visit with Nick Groff, Bill Hartley, and Elizabeth Saint, stars of Destination America’s GHOSTS OF SHEPHERDSTOWN, which just returned for Season 2, exploring a region exploding with haunted activity. Nick, Bill, and Elizabeth join us at 10pE; at 9pE Joel and Eric ponder the week’s top paranormal news.

In the first season of GHOSTS OF SHEPHERDSTOWN, a surge of 911 calls reporting supernatural activity in Shepherdstown, W.V., inspired Police Chief Michael King to call in the big paranormal guns to figure out why the town had become such a hotbed for hauntings. Nick Groff, Bill Hartley, and Elizabeth Saint, with the help of local historian Dana Mitchell and psychic medium Lorie Johnson, uncovered clues linking the rash of mysterious incidents to Shepherdstown’s historic waterways and a woman murdered on accusations of witchcraft in the town’s early history. The first season finale culminated in a ceremony on the Potomac River to cleanse the town of its “Witches Curse,” which seemed to settle the ghostly activity… within its own borders. Soon, Chief King began hearing from his colleagues in neighboring jurisdictions that the mysterious happenings had spread to their nearby towns, suggesting that Shepherdstown is only one piece to a much larger paranormal puzzle

In the July 10 season premiere, Groff, Hartley, and Saint returned to Shepherdstown after Chief King received reports that the paranormal activity has spread. Water is a powerful conductor of energy, and some believe that extends to spiritual energy as well. The team theorized that the rivers running through Shepherdstown are channeling supernatural forces and awakening spirits in towns along the riverbanks. The trio head to the confluence of the Potomac and Shenandoah rivers in the historic town of Harpers Ferry, W.V., to explore the John Brown Wax Museum after the manager experienced unexplained activity that made her fear being in the museum alone.

Throughout the investigation, the team discovers spirits with ties to the Civil War, a raid on Harpers Ferry, and a family that suffered tragedy. With psychic medium Lorie Johnson’s help, they attempt to rid the museum of its haunted inhabitants and start chipping away at the larger spiritual forces running amok in the region. Other towns visited this season include Charles Town, Martinsburg, and Sharpsburg in West Virginia; South Mountain, Md., and culminating where it all began, the most haunted town in America, Shepherdstown. 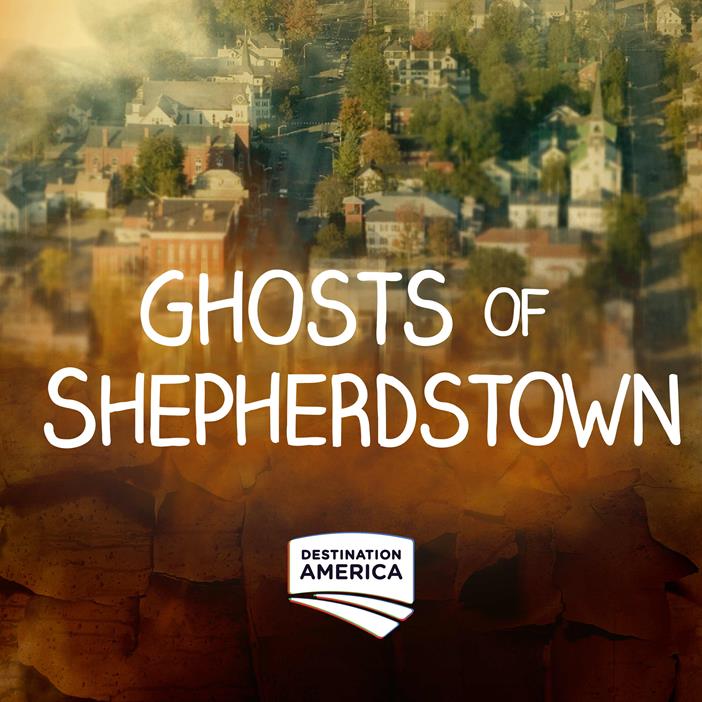 Nick Groff has been fascinated with the paranormal ever since surviving a near-death experience as a child. Now, he chases ghosts full-time with the goal of finding new evidence of the afterlife and discovering a breakthrough in paranormal research. After graduating from the University of Nevada with a B.A. in Film, Groff made his big break when he co-wrote, co-produced, co-directed, co-edited, and co-starred in Ghost Adventures: The Original Documentary. The film was a winner at the Los Angeles Film/Video Festival and was nominated for “Best Feature Film” at the Eerie Horror Film Festival. The documentary served as a pilot for the Ghost Adventures television series that debuted in 2008 on Travel Channel. Groff was an Executive Producer, co-host, and investigator on seasons 1-10. Groff is also the author of the book Chasing Spirits: The Building of the Ghost Adventures Crew. Now, Groff is the Executive Producer and star the hit series Paranormal Lockdown on Destination America.

The manifestations Elizabeth Saint first experienced as a child led her to pursue a life dedicated to explaining the unexplainable. Being struck by lightning on two separate occasions sparked Saint’s interest in the natural phenomena of electricity. While completing her B.S in Electrical Engineering, with a concentration in Electrical Systems Technology, she worked as an Engineer Technician for the Department of Defense. During this time she also deepened her understanding as a sensitive by working with Maryland Paranormal Research as a Technician and Senior Investigator. Presently, Saint is exploring her new home state of Colorado and conducting solo investigations at commercial and residential locations along the Front Range. She uses her own engineered designs, under the name Ghostly Gadgets, during these investigations to further her research of the paranormal.

Bill Hartley’s introduction to the paranormal began during childhood, growing up in a house that was rife with unusual activity. As an adult, he became a Civil War re-enactor and founded the Fighting 57th North Carolina, in which he reenacted as his ancestor 1st Sgt. Jonas Hartsell. After witnessing unusual activity at historic locations, Hartley was inspired to pursue paranormal investigation. In 2006, he founded the Greater Maryland Paranormal Society and dedicated himself to helping others living in fear of the mysterious unknown. While he does believe locations can be haunted, he remains a skeptic at the same time. Hartley currently works at one of the most haunted locations in Maryland, the Westminster Hall and Burying Grounds, that houses some of Maryland’s most historical figures including Edgar Allen Poe.