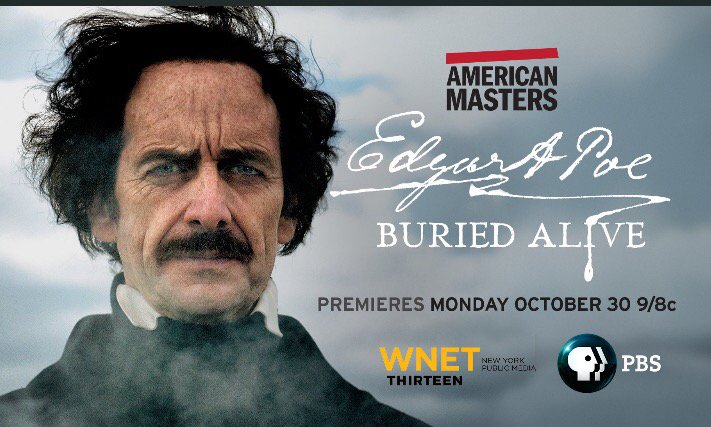 In a Halloweeny and evocative episode of After Hours AM/America’s Most Haunted Radio — scintillating paranormal talk radio with hosts Joel Sturgis and Eric Olsen, Thursdays 9-11pE — we unveil the man behind the image with Edgar Allan Poe: Buried Alive writer and director Eric Stange. We talk with Eric at 10pE; at 9pE Joel and Eric review the week’s most mystifying paranormal news from the America’s Most Haunted Twitter feed and a brand new block of four haunting tales from Mr. CreepyPasta.

In American Masters’ Edgar Allan Poe: Buried Alive, writer and director Eric Stange draws on Edgar Allan Poe’s ineffable imagery and taut plots to tell the real story of the legendary author and poet’s life. The dramatic documentary film features Kathleen Turner as narrator and award-winning actor Denis O’Hare (This Is Us, American Horror Story) as Poe; and explores the misleading, deeply entrenched caricature of Poe as morbid alcoholic madman, not unlike the narrators of his horror stories. This caricature is thanks, in large part, to a high-profile obituary filled with falsehoods, written by his literary rival Rufus W. Griswold. The film reveals the way in which Poe tapped into what it means to be an American and human being at the dawning of the modern age.

Fiercely intelligent and determined to re-invent American literature, Poe was an influential literary critic and magazine editor, inventor of the modern detective story, and refiner of the science fiction genre. Yet, he is remembered primarily for a dozen horror stories and his narrative poem “The Raven.” Fittingly, Poe died under mysterious circumstances, but the real question at the heart of this film is why Poe continues to be one of the most popular writers in the history of Western literature, and one of the most misunderstood. The film premieres nationwide Monday, October 30 at 9 p.m. on PBS and will be available to stream the following day, Halloween, via pbs.org/americanmasters and PBS apps. 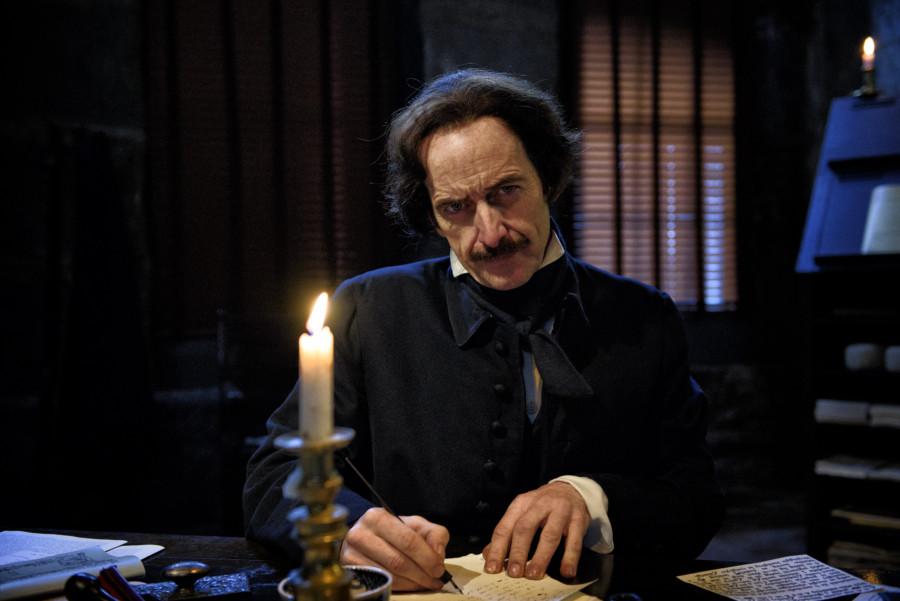 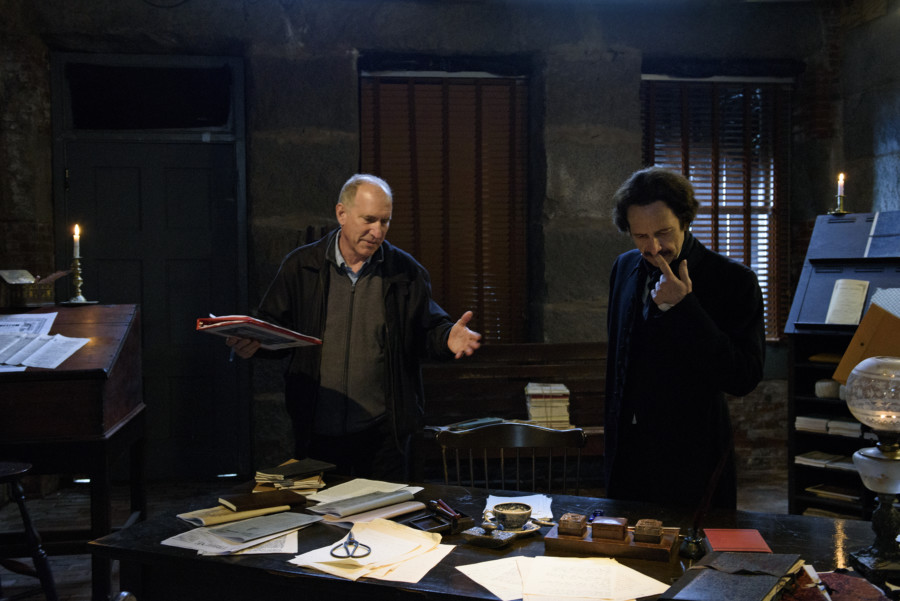 Eric Stange is an award-winning independent documentary film producer, director and writer who specializes in cultural and social history. Public television credits include The War That Made America, a dramatized documentary series about the French and Indian War; The Wall and After The Wall – a two-part series about modern Germany; and Murder at Harvard (for American Experience), a historical whodunit that explores the process of historical inquiry through a compelling murder story. He has been a research fellow at the Charles Warren Center for Studies in American History at Harvard University. He is a member of the editorial board of Common-Place, a web journal on early American history, and a visiting fellow with the Woodrow Wilson National Fellowship Foundation. 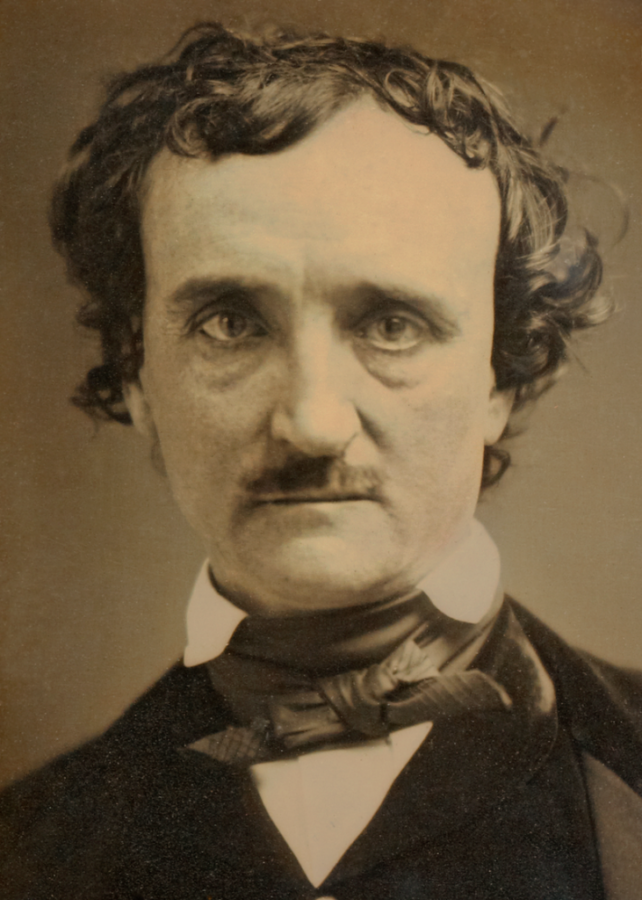 Born in Boston on January 19, 1809, Poe was the son of professional actors. Soon after his father deserted the family, his mother died of tuberculosis, orphaning him at age three. Separated from his brother and sister, he went to live with a well-to-do family in Virginia. The Allans (from whom Poe took his middle name) provided him with a strong education, but were resistant to his literary aspirations. By the time he attended the University of Virginia, he had already begun to grow apart from his guardian, John Allan.

After running up gambling debts, and becoming estranged from the Allans, Poe left college and enlisted in the United States Army. There he progressed rapidly, becoming a sergeant major. It was then that he self-published his first book, Tamerlane and Other Poems. After his discharge from the Army, Poe briefly attended West Point and then moved to Baltimore where he attempted to launch his career as a writer. In 1833, he married his thirteen-year-old cousin and moved her and her mother to Richmond, Virginia.

Throughout the late 1830s and early 1840s, Poe wrote much of his best work, including The Narrative of Arthur Gordon Pym and the stories “The Fall of the House of Usher,” “The Murders in the Rue Morgue,” and “The Gold Bug.” While other writers of the time were writing straight forward realistic representations of life in America, Poe was concerning himself with the subconscious— dreams, nightmares, and the unspoken. His work plumbed the depths of human fears and desires, often allowing the “reality” of the stories to fade away and make room for a reality only found within the mind. Though he had many admirers, the harsh conditions of the literary marketplace made it impossible for Poe to make a decent living through writing.

To support his new wife and mother-in-law, Poe moved to Philadelphia, then New York, and took a number of jobs as a magazine editor, working at publications including New York Mirror, Burton’s Gentlemen’s Magazine, and Godey’s Lady’s Book. Though his skill as both an editor and critic were exceptional, he often found himself at odds with others in the literary world. He had repeated bouts of alcoholism and rarely lasted more than a year and a half at any one job. In 1844 Poe received enormous attention for his masterful poem “The Raven.” But with the advances in his career during the mid-1840s also came the setbacks of his continued feuds with other literary figures, drinking problems, employment problems, and most of all, the ill health of his wife, Virginia – who, like Poe’s mother, suffered from tuberculosis.

In January of 1847 his wife died. After a period of mourning, Poe began once again to write, producing one of his masterpieces, “Eureka.” He undertook a lecture tour to raise money for a new magazine, and eventually landed back in Richmond, where he hoped to marry his childhood sweetheart. On a trip back north to New York in 1849, Poe stopped in Baltimore where he was found on October 3rd, passed out on a street outside a bar. He died four days later. Though some have suggested foul play, no one is certain of the circumstances of his death. Sadly, it was not until years later, with the help of French poets such as Baudelaire, that Poe’s rank as a great artist became solidified. A man profoundly ahead of his time, Edgar Allan Poe pointed to the mysteries of the psyche, to the dark truths that float in our dreams, to our unredeemable fears; and for this, generations of readers remain eternally grateful.