Listen to “After Hours AM: Jim Shedden, curator of the Guillermo del Toro: At Home with Monsters exhibit at the Art Gallery of Ontario.” on Spreaker.

On a theatrically profound edition of After Hours AM/America’s Most Haunted Radio — astonishing paranormal talk Thursdays 9-11pE with hosts Joel Sturgis and Eric Olsen — we talk with Jim Shedden, curator of the Guillermo del Toro: At Home with Monsters exhibit at the Art Gallery of Ontario. Jim joins us at 10pE; at 9pE Joel and Eric review the week’s startling paranormal news from the America’s Most Haunted Twitter feed.

Guillermo del Toro: At Home with Monsters brings together elements from del Toro’s films, objects from his vast personal collections, and objects from the permanent collections of the three institutions that collaborated on the exhibit: Art Gallery of Ontario (AGO), the Los Angeles County Museum of Art (LACMA), and the Minneapolis Institute of Art (MIA). The diverse range of media featured in this exhibition—including sculpture, paintings, prints, photography, costumes, ancient artifacts, books, maquettes and film—totals approximately 500 objects and reflects the broad and alluring scope of del Toro’s inspirations. Guillermo del Toro: At Home with Monsters debuted at the AGO on Sept. 30, 2017 and runs to Jan. 7, 2018. 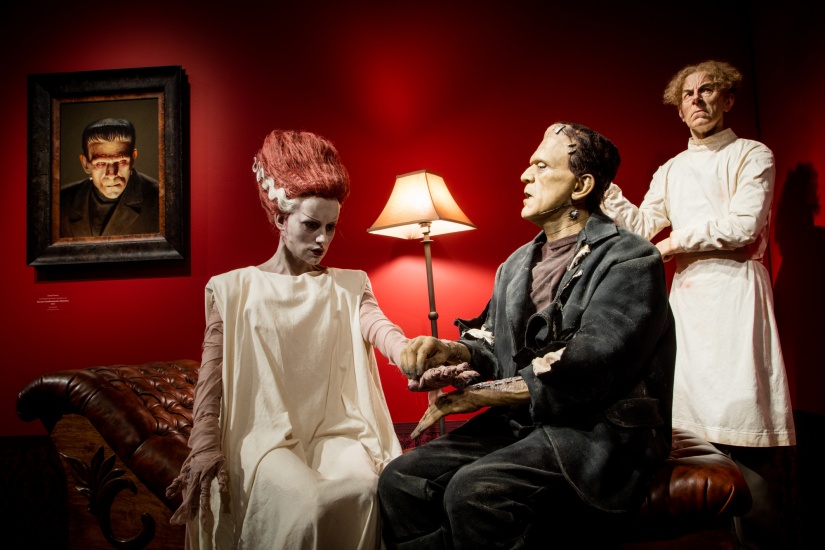 Guillermo del Toro (b. 1964) is one of the most inventive filmmakers of his generation. Beginning with Cronos (1993) and continuing through The Devil’s Backbone (2001), Hellboy (2004), Pan’s Labyrinth (2006), Pacific Rim (2013), Crimson Peak (2015), and the forthcoming The Shape of Water, among many other film, television, and book projects, del Toro has contributed to the reinvention of horror, fantasy and science fiction. Working with a team of craftsmen, artists, and actors—and referencing a wide range of cinematic, pop-culture, and art- historical sources—del Toro recreates the lucid dreams he experienced as a child in Guadalajara, Mexico. He now works globally out of a cherished home base he calls “Bleak House” in the suburbs of Los Angeles.

“To find beauty in the profane. To elevate the banal. To be moved by genre. These things are vital for my storytelling,” says Guillermo del Toro. “This exhibition presents a small fraction of the things that have moved me, inspired me, and consoled me as I transit through life. It’s a devotional sampling of the enormous love that is required to create, maintain, and love monsters in our lives.”

The exhibition is organized into eight thematic sections, including: 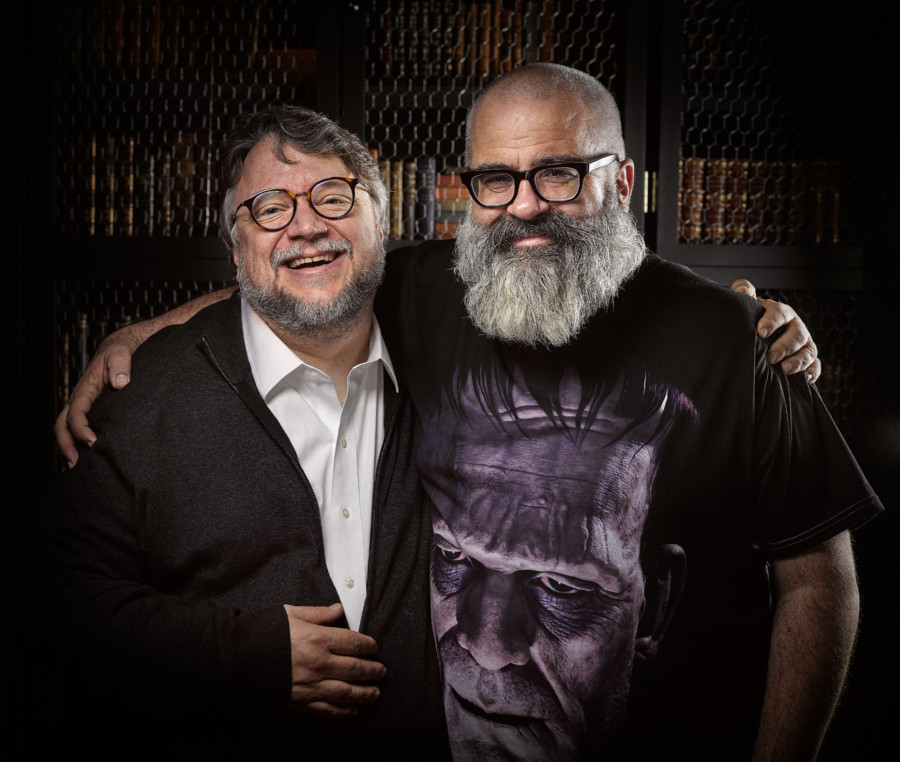 Guillermo del Toro inside the AGO exhibition with AGO curator Jim Shedden. Photo: Craig Boyko / Courtesy of the AGO.

“Guillermo del Toro believes that we need monsters,” says Jim Shedden, co-curator and the AGO’s Manager of Publishing. “To him, the imperfections of monsters are found in all of us, whether we see them or not. At the same time, despite his empathy for the tragic monster, del Toro is fascinated with truly terrifying and invulnerable monsters. By witnessing his incredible creative process, we can make unexpected connections among different genres and narratives, high art and pop culture, and blur boundaries between fantasty and reality.”

Jim Shedden is the Manager of Publishing at the Art Gallery of Ontario, where he also occasionally curates film-related exhibitions, including the Guillermo del Toro: At Home with Monsters, currently on view. In the 1990s, Shedden worked at the AGO as a film curator and performing arts programmer, before leaving for a 12 year stint at Bruce Mau Design. He has been involved in the artist-run scene in Toronto since the late 1980s. He also makes the occasional documentary film, writes extensively on music, film, video, art, and design, has published dozens of zines and small press publications and recently published a book in the form of a poster, DIY Toronto, 1975-1989. He is also editing a book on Canadian avant-garde cinema and recently co-founded ad hoc, an experimental film exhibition collective. 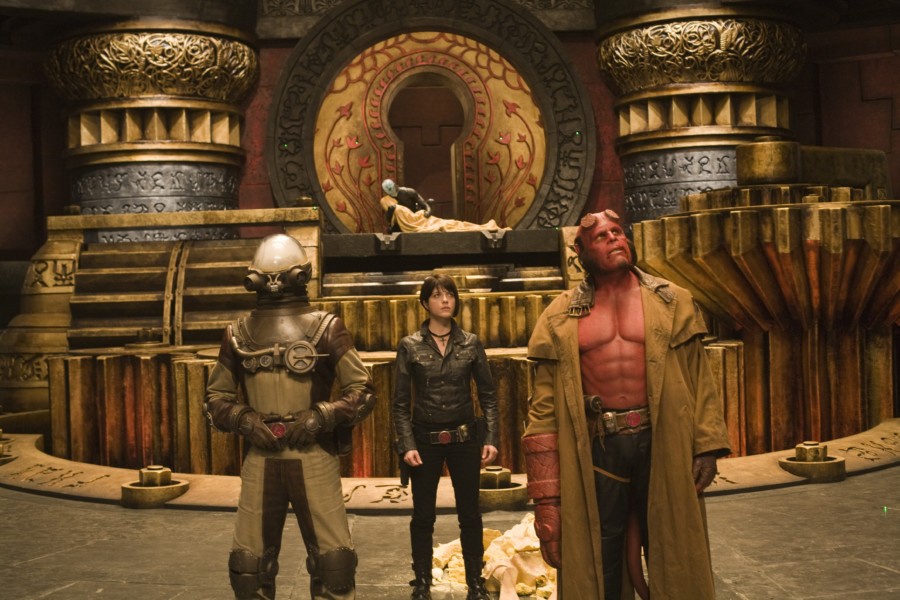 With a collection of more than 90,000 works of art, the Art Gallery of Ontario is among the most distinguished art museums in North America. From the vast body of Group of Seven and signature Canadian works to the African art gallery, from the cutting-edge contemporary art to Peter Paul Rubens’s masterpiece The Massacre of The Innocents, the AGO offers an incredible art experience with each visit.