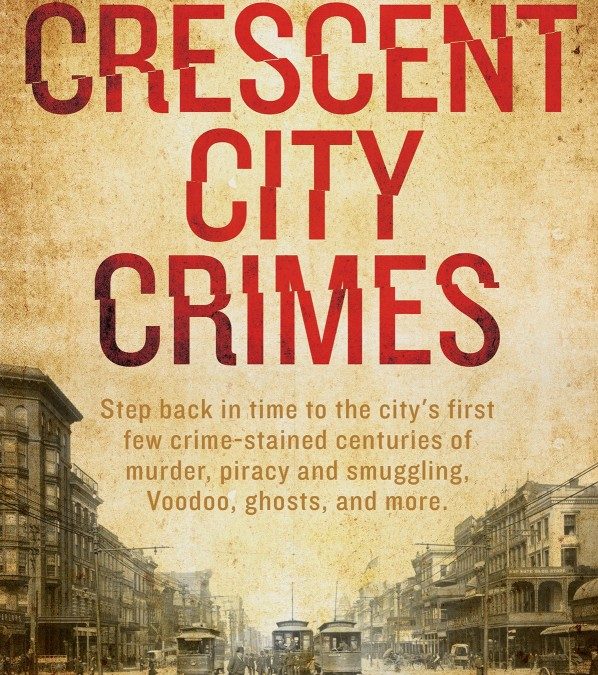 On a blood- and folklore-stained edition of After Hours AM/The Criminal Code — True Crime 9-11pE Wednesdays with Joel Sturgis, Eric Olsen, and Dr, Clarissa Cole — we tour CRESCENT CITY CRIMES with author Charles Cassady Jr. We talk with Charles at 10pE; at 9pE, Joel and Eric review the latest True Crime headlines and marvel at how bizarre people can be.

In the first 200 years of New Orleans history, the Crescent City earned a well deserved reputation for sin, temptation, intrigue, ritual-magic, that voodoo that you do, and ghosts. Step back in time to the city’s first crime-stained centuries―from 1718–1918―to explore classic tales of mischief, mayhem, and skullduggery. Arranged by topic, the reader will learn whether the heart of Dixie and the Home of the Blues beats with inherently wicked rhythms.

Meet a cast of rascals and rapscallions as you relive the era of American piracy and smuggling. Discover legendary sorcery and unspeakable rumors surrounding voodoo and ghosts. Examine ritual violence, the largest mass-lynching ever on US soil, and a unique red-light district. Remember, though, to have a jazz band or recording handy…or the famed and frightening Axman may get you! Here, the sallow specter of crime tends to stand with one foot in the annals of historical fact, the other in folklore. 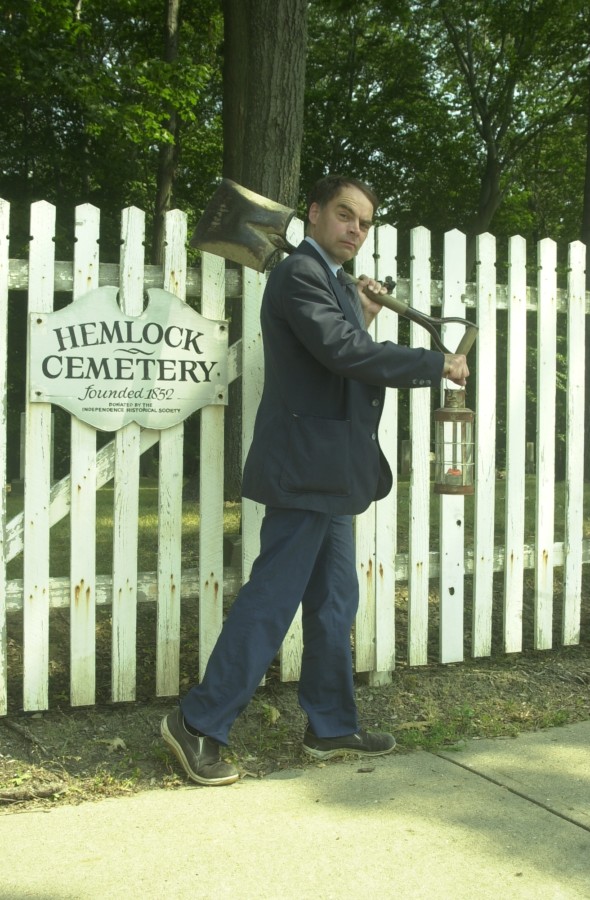 At a young and foolish age, Cleveland native Charles Cassady Jr. survived a ritual apprenticeship as a disciple of the Dark Forces to attain prestige and power. But something went wrong. Instead he found himself a twisted outcast, banished by men. shunned by women, driven from the happy places of joy, love, warmth and light. Now sustained only by an unquenchable thirst for revenge, Charles Cassady dwells in shadow realms as a foul, malformed and tortured wretch.

…In other words, a fairly typical Journalism graduate. The Syracuse University alumnus’ writings, ink-pen renderings and photographs have appeared in the Heartlands Today book series, as well as the Cleveland Free Times, Scene, West Life News and the Morning Journal of Lorain.

He has also been a film critic for TV Guide Online, the Cleveland Movie Blog, Video Librarian, the Cinebooks Motion Picture Guide, and the VideoHound and Speelfilmencyclopedie book families.

He lurks in the Cleveland-Akron notch of the Rust Belt. He is author of PARANORMAL GREAT LAKES, GREAT LAKES FOLKLORE, CLEVELAND GHOSTS, PARANORMAL MISSISSIPPI RIVER, and now CRESCENT CITY CRIMES.