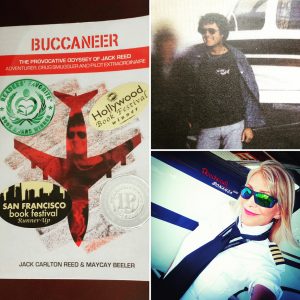 On a riveting and surprising episode of After Hours AM/The Criminal Code — True Crime Wednesdays 9-11pE with hosts Joel Sturgis, Eric Olsen, and secret weapon, forensic psychologist Dr. Clarissa Cole — we speak with pilot, TV journalist, and author MayCay Beeler about the real-life adventures that led to her book Buccaneer, about ace pilot and cocaine smuggler Jack Reed. We talk with MayCay at 10pE; at 9pE Clarissa leads us through the latest True Crime headlines.

Buccaneer is the ripping true account of the life and times of Jack Reed, an All-American boy turned drug smuggler; turned Robinson Crusoe, then prison inmate. For the first time, Jack Reed discloses his extraordinary, tabooed journey as a high flying international cocaine smuggler and personal pilot for Carlos Lehder, partner to Pablo Escobar of the Medellin Cartel. Reed flew drug runs for Lehder who handled transportation, while Colombian drug lord Escobar handled production and supply. Lehder’s cocaine transport empire was based at Norman’s Cay, an out island in the Bahamas.

When Jack was in his early 40s, he met Sheldon, a 14 year-old neighbor girl, in Huntington Beach, CA. They formed a “friendship” and ended up on the run together because her mother told the FBI she’d been kidnapped. Jack was arrested and charged with custodial interference in Georgia while working as a fry cook and living in a motel with the girl. After paying a fine and serving a brief jail sentence, he got back together with Sheldon and they moved back to Southern California. He was arrested twice more, for kidnapping.

It became obvious that a person like me was in grave danger pressing my luck with the establishment in this country. Returning eventually to Southern California where my connections were, I was looking for a way to leave this war zone (USA) and become an expatriate. That’s when, while living with Sheldon, I got the opportunity to purchase and deliver Piper Navajo N50RK to the Colombian at Norman’s Cay.

He settled in at Norman’s Cay and became the personal pilot for “Morgan” (Carlos Enrique Lehder Rivas), a Colombian drug smuggler for the Medallin (Pablo Escobar) Cartel. Jack would be referred to for business purposes as “Buccaneer.”

The trips went down thusly:

Thus, for a typical working flight on Norman’s Cay, I preflight my strong and reliable twin engine Piper Navajo the day before my intended flight to Colombia, which is a distance of approximately one thousand miles to the nearest landfall which would be the peninsula of La Guajira. In the baggage compartment, I will have stashed a folded thirty-five gallon rubber fuel bladder to be installed in the cabin over the wing and quickly coupled to the plane’s regular fuel system. This will be filled with fuel at our destination along with the plane’s normal capacity, which has a range of about nine hundred miles on economy cruise. Morgan will fly with me on these trips and be the negotiator on Colombian soil. We also carry aboard the plane an emergency locator transmitter and a compact four man life raft for the long trip over the Caribbean after passing over the island of Hispaniola. A direct flight from Norman’s Cay would take us directly over Cuba, which we avoid out of courtesy to Mr. Castro and our own safety. After departing Norman’s Cay early, we set a course for Turks and Caicos Islands, a few hundred miles south, where we will top off the plane’s regular fuel tanks. Not having any contraband aboard, this is a safe straight forward procedure. We can’t do this on the return trip; thus the reason for the extra thirty-five gallons in the bladder. With the fuel stop, this is about a six hour trip to our destination under normal weather conditions.

Now the cocaine would have to be shipped safely to the market—the United States—and that’s the service that we provided (transportation) for any dealer that wanted to pay our fee of five thousand dollars per kilo to deliver it to their agent in the U.S. At that time, a kilo of coke purchased in the Southeastern U.S. would cost no less than fifty thousand dollars. After expenses, the dealer and his group of distributors would net approximately forty thousand dollars per kilo. If the load consisted of two hundred kilos (four hundred and forty pounds), the dealer would net approximately eight million dollars. Morgan would be paid one million for arranging the transportation, and the pilot would receive two hundred and fifty thousand dollars from Morgan if he flew both legs of the trip, from Colombia to Norman’s Cay, and then from Norman’s to the states.

Things were going well – Jack and Sheldon relocated a few times and finally settled in Panama. But then on Feb 4, 1987, the DEA descended on he and Sheldon and “kidnapped” them.

This was a very high profile trial, my friend Morgan being the first Colombian cartel member to be apprehended and extradited to the U.S. to stand trial. Medellin Cartel was a name selected by the U.S. government to give the impression that there was an agreement between a group of Colombian drug dealers organized to control prices, production, and distribution of cocaine coming from Colombia; thus creating a monopoly and providing the government with reason to declare that the Cartel was responsible for eighty percent of the cocaine entering the United States. At no time was I aware of any such agreement; every producer being an independent entrepreneur, controlling their own markets and prices. The source of most of this information, which was misleading, was conjured up and furnished to the media by the shrewd prosecutor 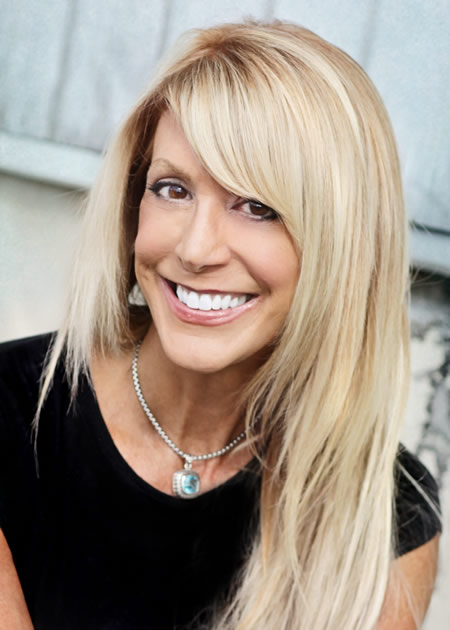 Jack was found guilty of conspiracy and given three life sentences. He was sent to a federal correctional facility in Memphis, TN. Sheldon escaped any charges, and moved on with a new boyfriend. What happened next is even more remarkable…

MayCay Beeler is a spirited and vivacious American aviatrix, record-breaking pilot, award-winning television personality, award-winning Amazon best-selling author, veteran TV host/producer/journalist, speaker, spokesperson, and FAA Chief Flight Instructor smitten with the wild blue yonder. MayCay has produced many TV features on aviation, including her personal accounts of flying with General Chuck Yeager, Dick Rutan, and Jeana Yeager of Voyager fame. Her many adventures in television include initially learning to fly for a TV assignment; competing in the Air Race Classic – an all-women’s transcontinental air race; and skydiving with the Navy Seals.