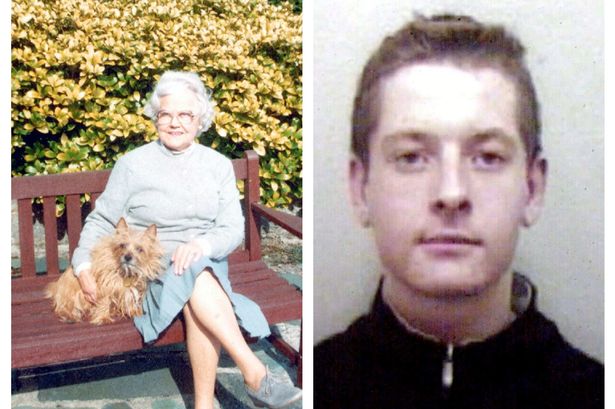 Dr. Cole begins the tale on The Criminal Code,

By all accounts, he was a “remarkably normal” teenager, doing well in school and working the occasional job, such as that of delivering newspapers to many of his elderly neighbors. He even had a girlfriend, of sorts: a German 16-year-old girl, whom he met with every now and then.

But, unbeknownst to almost everyone, Hardman had developed a bit of a fascination with vampires. The year was 2002 and while the “Twilight” franchise had yet to make it’s debut, “Interview With A Vampire” and Wes Craven’s “Dracula” had been wildly popular in previous years. So, a small preoccupation with the occult wasn’t exactly odd. He read and collected several magazine articles and searched the internet trying to figure out how to conduct a black mass. All in all, activities that a person interested in vampirism might explore.

Until he got together with his German girlfriend again in early November, that is.

They’d been kissing in her bedroom, when Harman pulled back and told her that he believed that she was one of a community of local vampires. She took it as a joke, of course, and laughed. But Hardman insisted that he believed she was because their town was “perfect for vampires” – it was veritably littered with elderly people that – if they suddenly passed away – no one would miss them!

At this point, his girlfriend attempted to pull away, but Hardman had begun begging her to bite his neck. He forced his neck toward her mouth and began to loudly plead with her to make him immortal. This scared her and eventually she got away, refusing to see Hardman again.

Click over for more on the case and be sure to listen to the program!