As Wildfires Rage Near Her California Home, Dr. Clarissa Cole Analyzes Arson on After Hours AM/The Criminal Code Why do firebugs do what they do? What are some of the most heinous cases? 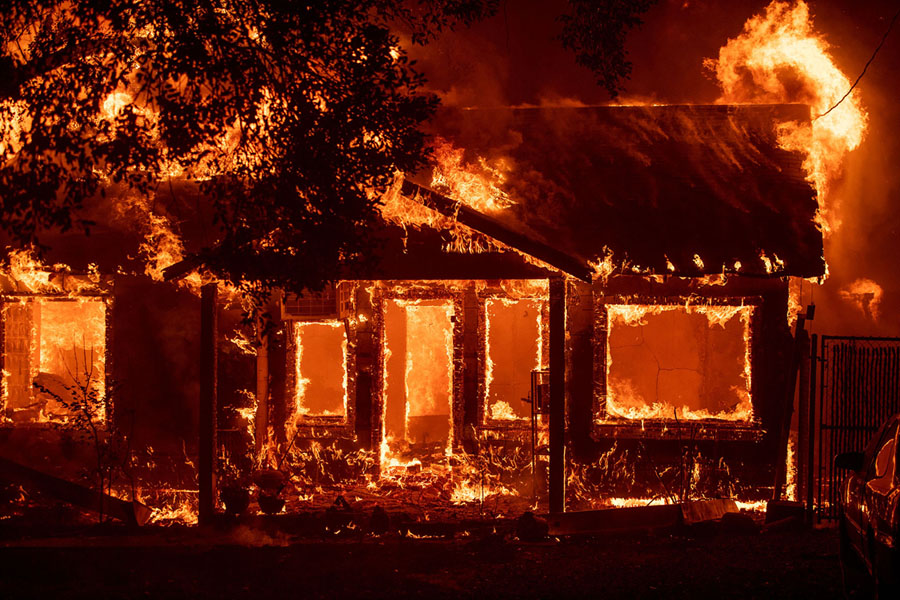 The drama couldn’t be more real. Our colleague and good friend Dr. Clarissa Cole lives perilously close to the Camp Fire raging through Northern California as we speak – she is on high alert and may have to evacuate at any moment. Rampaging wild fires might be the new norm in California and elsewhere as the consequences of climate change come home to roost, but this fire was accidental – what of those that aren’t? My brother’s home in Lake Elsinore, CA, was nearly destroyed earlier this year by a fire that was set deliberately. Staring fire directly in the face, Dr. Cole is addressing the heinous crime of arson on tonight’s episode of After Hours AM/The Criminal Code — True Crime Wednesdays 9-11pE with hosts Joel Sturgis, Eric Olsen, and forensic psychologist Dr. Clarissa Cole.

Writing on her own The Criminal Code site, Clarissa begins:

As I write this, there is a fire raging through the hills about 20 miles from here. It has consumed the town of Paradise. There are now 50 confirmed deaths and many more who are missing. To date, the “Camp Fire” is the deadliest in California history. And I fear that the number of victims will be growing before it’s over. There’s so much smoke outside that several communities have been advised to wear breathers if venturing out of doors; and, you can’t find an available replacement HEPA filter or air purifier at any store in town. The only (though admittedly very minute) redeeming part of this whole situation is knowing that the cause of the fire was accidental – supposedly a poorly maintained power line.

But what if it wasn’t? What if a fire like this was set on purpose with a person on the other side of the match grinning at the destruction he’s caused?

Such is the case in the following stories:

On March 25th, 1990, Julio Gonzalez was down on his luck. He’d been fired from the lamp factory, where he’d worked. His rent at the boarding house was two weeks overdue. And, to add insult to injury, his girlfriend, Lydia Feliciano had recently broken up with him. The day before, he’d approached her at the Happy Land nightclub in the Bronx, where she worked as a coat-check girl. She’d rejected him again, and he was heard yelling that he was going to “shut the place down” at around 3:00AM, as he left.

The Happy Land club was a small place that was unlicensed. It had incurred several building code violations including one for having no fire exits, and one for having no sprinkler system. It was ordered to be shut down in years prior. But, no one followed up, and Happy Land stayed open.  It is still unclear whether or not Gonzalez knew about these violations and what would happen…but he was certainly familiar with the club and it’s layout. 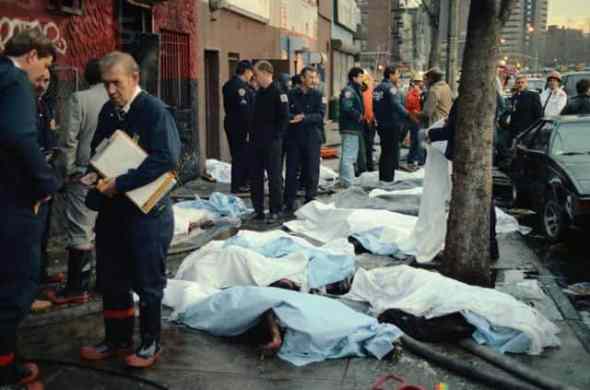 87 people died in the blaze, with only 6 escaping. Of the 6 survivors, Feliciano was one of them.

Click over for more tales of arson most foul and of course listen to the program for the full story.