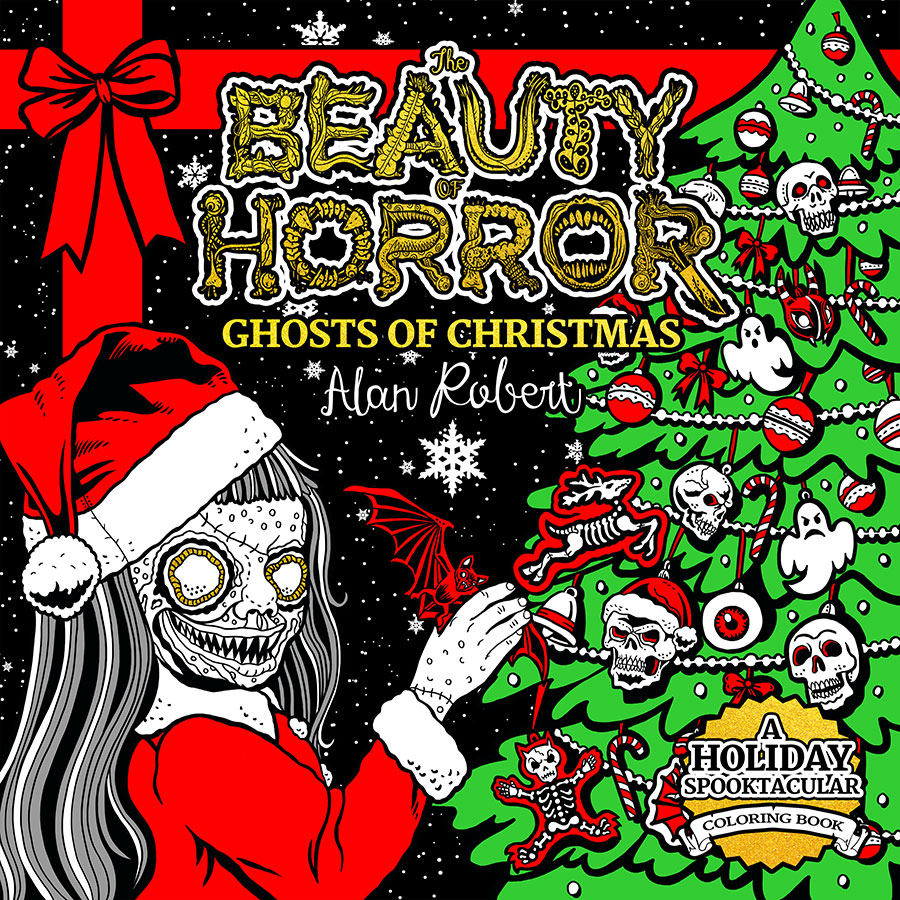 On a festive but GOREgeous edition of After Hours AM/America’s Most Haunted Radio — scintillating paranormal talk Thursdays 9-11pE with hosts Joel Sturgis and Eric Olsen — we welcome ace horror cartoonist and Life of Agony bassist/songwriter Alan Robert to talk about his new adult coloring book The Beauty of Horror: Ghosts of Christmas. Alan joins us at 10pE; at 9pE, Joel and Eric review the latest paranormal news from the America’s Most Haunted Twitter feed.

The Beauty of Horror: Ghosts of Christmas – A Holiday Spooktacular Coloring Book

May your days be scary and bright! Ghouliana sinks her fangs into The North Pole, causing all kinds of chaos and havoc on Christmas Eve with this spooktacular holiday-themed coloring book! Each perforated page is easily removable and ready for display under the mistletoe. The Ghosts of Christmas is intricately illustrated by best-selling artist Alan Robert and is overflowing with limb-filled stockings, zombified elves, burning gingerbread houses, and decaying reindeer. Even good ol’ St. Nick is terrified to turn the pages! A terrific gift idea for horror enthusiast and fans of the Beauty of Horror series. 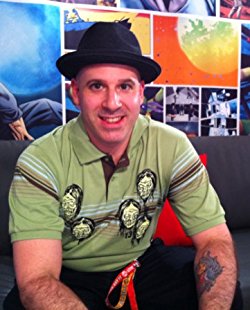 Over the last two decades, Robert’s hard rock band Life of Agony built a die-hard cult following, selling over one million albums worldwide. Life of Agony recently released their fifth studio album A Place Where There’s No More Pain through Napalm Records in 2017 to critical acclaim. Rolling Stone hailed it as “One of the Most Anticipated Albums of the Year” and it debuted at #24 on Billboard’s Hard Rock Albums chart.

The Beauty of Horror: Christmas Clay-Massacre from Alan Robert on Vimeo.