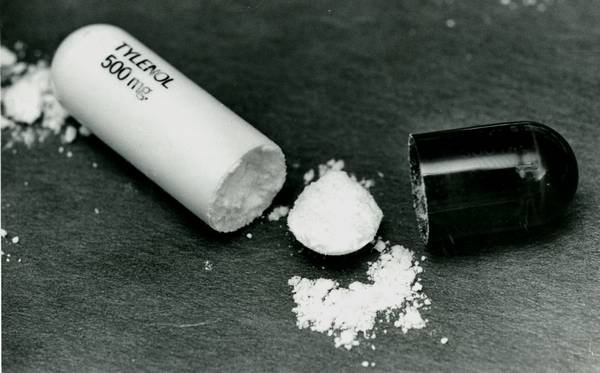 Dr. Clarissa Cole tells the tale on her The Criminal Code site:

The foil, shrink wrap, plastic bubble packaging that everything comes in today didn’t exist prior to one event in 1982: The Tylenol Murders.

ls On September 29, 1982, Mary Kellerman of Elk Grove Village, Illinois died shortly after taking a capsule of Extra-Strength Tylenol. She was only 12-years-old. A man named Adam Janus of Arlington Heights, Illinois, died in the hospital later that same day after ingesting Tylenol, as did his brother Stanley and sister-in-law Theresa (took pills from the same bottle). Within days, Mary McFarland of Elmhurst, Illinois, Paula Prince of Chicago, and Mary Reiner of Winfield all died in similar incidents. 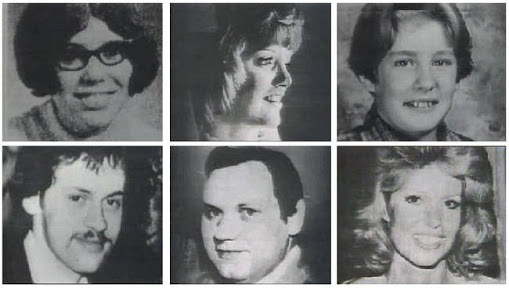 Each of the decedents had ingested Tylenol laced with cyanide.

Once authorities understood the gravity of the situation, warnings were issued via the media, patrol cars using loudspeakers were sent out, and everyone was warned to discontinue use of Tylenol products immediately. Obviously, a nationwide panic quickly ensued.

McNeil Consumer Products, a subsidiary of the health care giant, Johnson & Johnson, is the manufacturer of Tylenol. The company took an active role from the start by recalling more than 31 million bottles of Tylenol in circulation. Johnson & Johnson did testing and discovered only a few more bottles, relegated to the Chicago area. Fortunately they just hadn’t been sold to consumers yet…

Now, what is the actual profile?

It is a disgruntled adult who can see no way out of a life that they feel they are trapped in. Specifically, they feel trapped by either a spouse, a child, or an elderly parent. They’re the caretaker – or, at least, they see themselves that way.

They do most of the shopping (both grocery and medicine), and they provide stability for the source of their grievances. The beneficiary of their efforts is wholly ungrateful, abusive, or perceived as such.

One day, this person hatches a plan. It’s a simple plan…

Click over to The Criminal Code for the rest of the story and, of course, listen to the show!