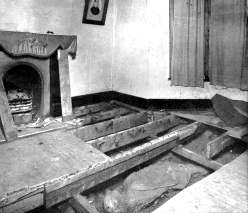 On a disturbing but mesmerizing episode of After Hours AM/The Criminal Code — True Crime 9-11pE Wednesdays with hosts Joel Sturgis, Eric Olsen, and secret weapon, forensic psychologist Dr. Clarissa Cole — we examine the murderous ways of mid-century British strangler John Christie. Clarissa leads us through the Christie examination at 10pE, and through the latest True Crime headlines at 9pE.

Young John was born the 6th of seven children near Halifax in England in 1899. He was described as a “quiet lad” by his peers in school – a boy who didn’t socialize much with others, and wasn’t very popular. But despite not having many friends, John excelled in school, sang in the church choir, and was a boy scout. Later on, he began a job as a cinema projectionist.

In 1916, young John was called up by the British Army to serve as an infantryman. His service was satisfactory, but he suffered a mustard gas attack at one point that put him in the hospital for a month. He claimed that this attack left him unable to speak loudly (little more than a whisper) for the rest of his life.

John’s intimate relationships were apparently crippled as well. He was known as “Can’t-Do-It-Christie” during his late adolescent years for his inability to sustain an erection. This continued into his adulthood, and he relegated himself to performing well only with prostitutes. Even though he eventually married Ethel Simpson, he was often unable to perform sexually with her either. The couple struggled as Christie rotated in and out of prison for the next decade on convictions for various crimes including stealing postal orders, larceny, and assault. 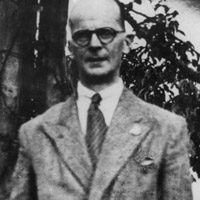 However, by 1937, the Christies seem to be on a better track as they moved in to a flat at 10 Rillington Place in Notting Hill (a working-class area of London). Though the conditions were far from ideal, Christie secured employment as a foreman at the Commodore Cinema in Hammersmith. He then joined the War Reserve Police at the beginning of the second World War (he was reportedly accepted to this position because his criminal record wasn’t checked).

Christie began his killing spree with victim Ruth Fuerst, age 21. She was a prostitute that he invited back to his home on the eve of August 24th, 1943 (when Christie himself was 44-years-old). Christie stated that he impulsively strangled her with a length of rope (his wife was off visiting relatives at the time). Then Christie buried Ruth’s body in the back garden behind the rowhouse. 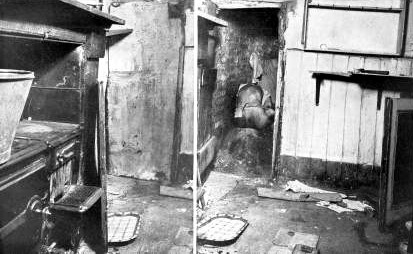 Click over to Dr. Cole’s Criminal Code site for the rest of Christie’s heinous crimes and her perspicacious analysis of the killer’s psyche.