People in positions of trust and authority — priests, doctors, therapists, police — have inordinate influence over our inner and outer lives and we must rely on their good will for them to do their jobs. But as we know, not everyone in these positions is worthy of our trust and some even use their positions to prey upon the unsuspecting and vulnerable. We rightly hold these violators in special contempt. One such violator was Gerard Schaefer, Florida police officer and suspected serial killer.

Gerard Schaefer was born in 1946 in Wisconsin to parents Gerard, Sr. and Doris. The elder Schaefers stayed in Wisconsin until 1960 when they moved the entire family to Fort Lauderdale, Florida. It was at around this time, when Gerard Schaefer, Jr. was an early adolescent, that the troubles began. 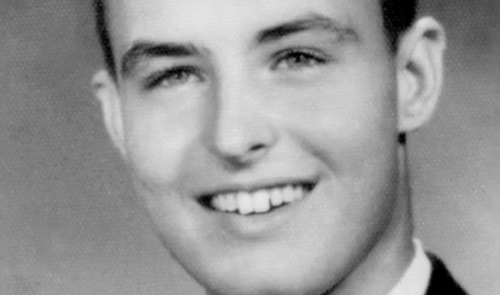 The young Schaefer developed an early fascination with ‘spying’ on unsuspecting women in the neighborhood, and became an unrepentant peeping tom. In particular, he focused on a girl named Leigh Hainline. He collected underwear that looked like hers and even wore the underwear from time to time. In fact, it was supposedly this period of ‘cross-dressing’ that got him out of having to serve in the military during the Vietnam war era. Later, Schaefer would recount that he’d always wished he’d been born a girl because he felt that his father favored his sister so much.

It was also in his early teens that Schaefer began to experiment sexually in odd ways. He noted that he would tie himself to trees, get sexually excited, and then do something to hurt himself. He also masturbated to fantasies of doing the same (and worse) to women.

….Schaefer applied to the Broward County police unit, but was rejected because he failed the psychological test. But Wilton Manors Police Department hired him despite this – they were a small station and chronically understaffed – so hiring an applicant after a hiccup like failing the psych test didn’t seem like the worst option…. But Schaefer was fired within a year. While official accounts vary, it was said that he was fired for using traffic stops as a way to “meet women,” i.e. look up their information, find out where they lived, and “ask them out.”

Out of a job, Schaefer picked up and moved to Stuart, Florida. On the glowing recommendation of his former boss, Bernard Scott, he got hired on quickly to their police force. Once there, he picked up two girls
17-year-old Pamela Wells and 18-year-old Nancy Trotter, on the highway near a local beach. He drove them home in his cruiser and said they shouldn’t be out hitchhiking because it was illegal. He then offered to pick them up and take them to the beach safely the following day. 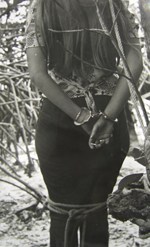 On July 22nd, 1971, he arrived in the morning to pick them up. But, instead of driving them to the beach, he took them to swampy Hutchinson Island instead. He forced them out of the car at gunpoint, put nooses around their necks, and made them stand on tree roots – if they fell off, they’d strangle themselves. Then, just when it looked as though Schaefer was going to do something even more horrible, a call came in over his police radio. He left, but promised to return.

Fortunately, the girls escaped, but what did Schaefer do next, and what had he already done, thus far undetected? Click over to The Criminal Code for the rest of the story and listen to the show for more info and analysis!