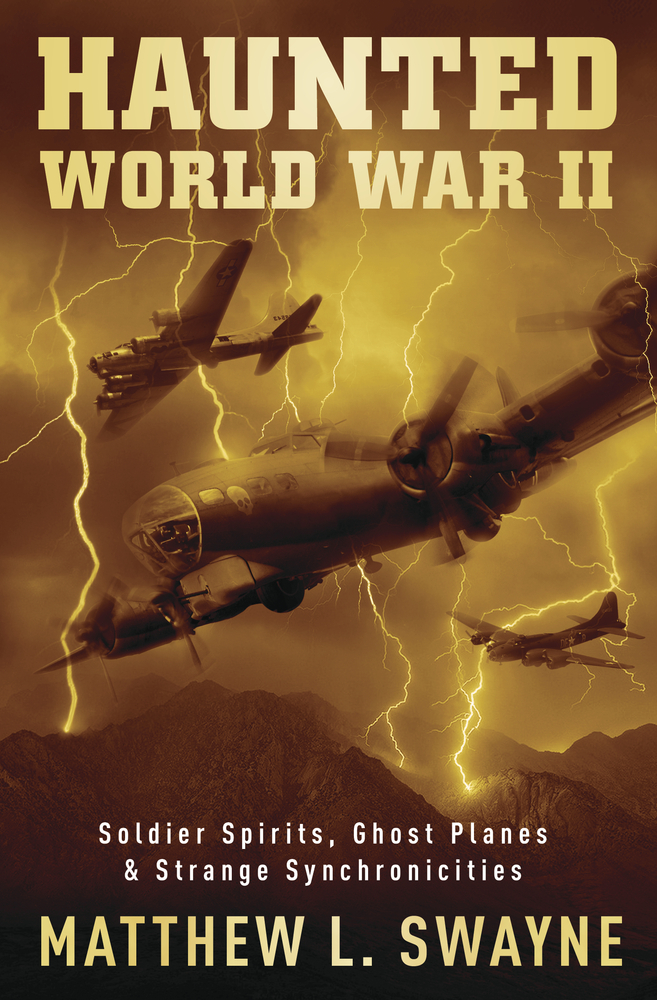 On a fascinating and chilling episode of After Hours AM/America’s Most Haunted Radio — scintillating paranormal talk Thursdays 9-11pE with hosts Joel Sturgis and Eric Olsen — we investigate Haunted World War II with author Matthew L. Swayne. We speak with Matt at 10pE; at 9pE, Joel and Eric review the latest paranormal news from the America’s Most Haunted Twitter feed.

The legacy of the Second World War still captures the world’s imagination. In Matthew L Swayne’s Haunted World War II, readers encounter battlefields in Europe and the South Pacific where the spirits of soldiers, sailors, and civilians return again and again to recreate their last moments, unable—or unwilling—to let the past go.

Learn about the ghosts that haunt the battleships and aircraft carriers that now serve as floating museums. Discover eye-witness reports of phantom World War II fighter planes and bombers forever flying their final missions. Visit the famous battlefields where infantrymen still soldier on long after their heroic deaths. Haunted World War II is filled with paranormal phenomena and unexplained mysteries that will send chills up the reader’s spine.

This book also shares fascinating stories of supernatural warfare. Learn about wizards and witches in England casting spells to hold the Germans at bay; Dion Fortune and the Fraternity of the Inner Light working magic in support of the Allies; and Aleister Crowley waging a psychic campaign to capture high-ranking Nazi, Rudolf Hess. Haunted World War II explores the high strangeness and haunted aftermath of the most devastating clash of nations in world history.

Matthew L. Swayne is a journalist who currently works as a research writer at Penn State. He has also worked on writing projects with Paranormal State‘s Eilfie Music. Matthew is the author of five books, including Haunted World War II.