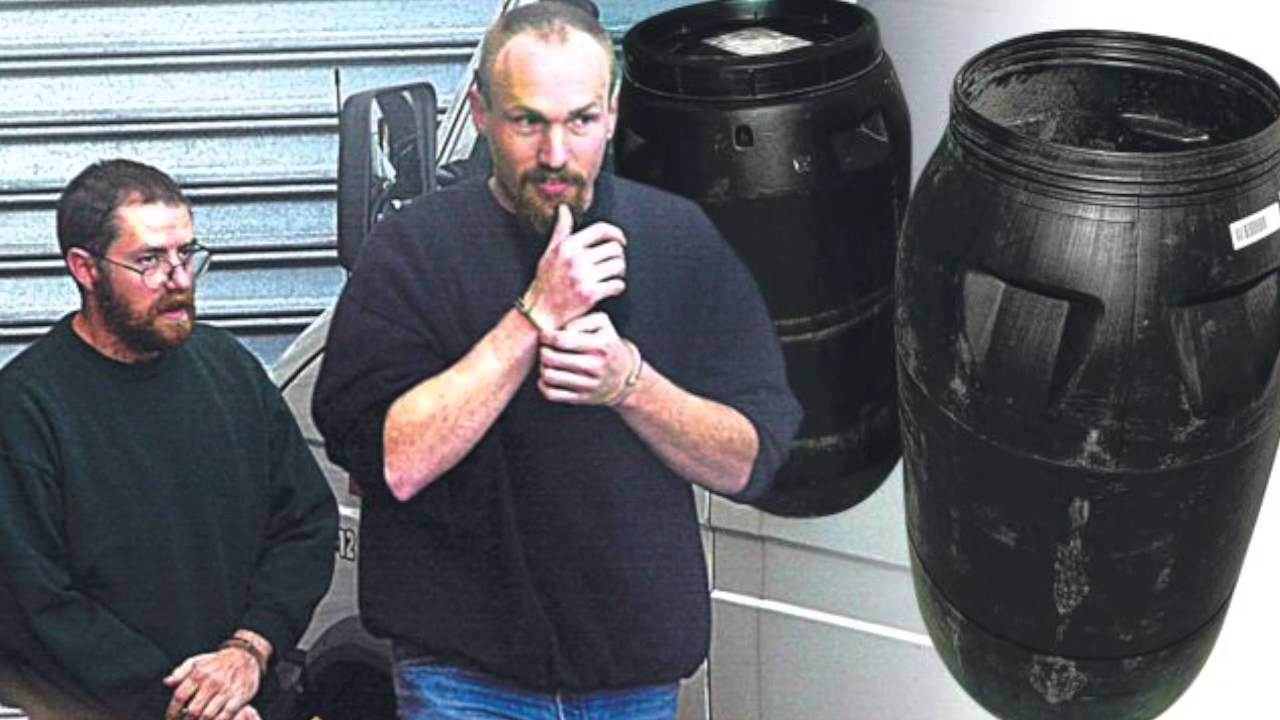 Many Americans have not heard of the bizarre, cultish murders led by John Bunting that took place in the ’90s near the Australian city of Adelaide, variously known as the Snowtown Seven, and the Bodies in the Barrels Murders. Dr. Clarissa Cole lays out the case on the Criminal Code site:

John Bunting was born on September 4, 1966, in Inala, Queensland, Australia, without a sense of smell. At age eight, he was brutally beaten and raped by the older brother of a friend. Throughout his teen years, Bunting found interest in general anatomy, photography and weaponry of all types. At age 20, he found work in a crematorium. He spent each shift working with Human cadavers. At the age of 22, he began working at S.A. Meat Corporation, where his work included the slaughtering of animals. He bragged about this to anyone who would listen, saying how much fun it was. During this period of his life, he shared a house with Kevin Reid and Reid’s girlfriend. One day, Bunting had the thought to kill his housemate’s bull terrier. So, he did…

In January, 1989, Bunting took up a metalworking class. Also in the class was Veronika Tripp, who, in September of the same year, married Bunting. She had a teenaged son, James, from a previous relationship. However, while she moved into the home which Bunting still shared with Kevin Reid, other arrangements were made for James. Finally, in December, 1991, the happy couple found their own home, in Salisbury North, a low-rent suburb of Adelaide.

In August, 1992, Clinton Trezise became Bunting’s first known human victim. Believing Trezise to be a pedophile, which Bunting supposedly hated due to his own victimization as an 8-year-old, he invited the man to his home. Apparently giving no pretense, Bunting accused Trezise of acting out against children, then immediately subdued him and crushed his head with a shovel/hammer/beating. Then, Bunting disposed of the corpse. Thereafter, Bunting referred to Trezise by the moniker “Happy Pants.”

Oh, it just gets more complicated, vile, and murderous from there as Bunting assembles a motley crew of minions, sycophants, and killer cultists — the Snowtown Seven — and goes on a fatal spree from which no one — including fellow travelers — seem safe. Click over for more of the heinous tale and tune into the show for the whole bloody mess and Dr. Cole’s cogent analysis!