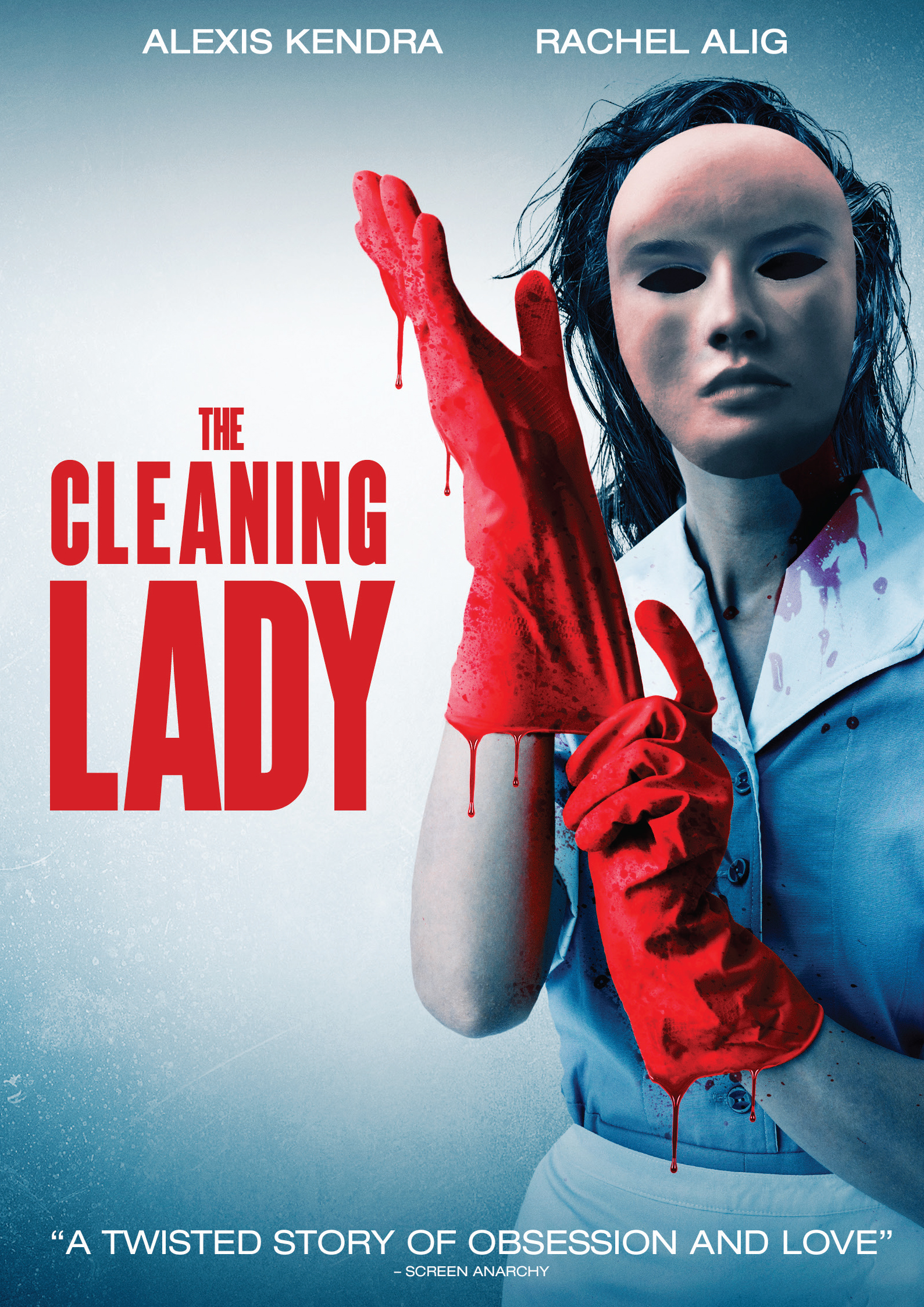 On a taut and twisted edition of After Hours AM/America’s Most Haunted Radio — scintillating paranormal talk Thursdays 9-11pE with hosts Joel Sturgis and Eric Olsen — we delve into new horror thriller The Cleaning Lady with star/co-writer Alexis Kendra and exec producer Jim Nelson. Alexis and Jim join us at 9pE; at 10pE Joel and Eric discuss latest paranormal news from the America’s Most Haunted Twitter feed.

On the surface, Alice seems like a woman who has it all: a gorgeous apartment, a booming career, serious hotness, and a handsome boyfriend. The only problem is he’s married to someone else. Looking for a way to simplify her life, Alice hires Shelly, a burn victim, to clean her house.

RLJE Films releases THE CLEANING LADY On Demand, Digital HD, and DVD on June 4, 2019. The shocker is directed by Jon Knautz, who also co-wrote the script with Alexis Kendra. Kendra stars in the film alongside Rachel Alig, Stelio Savante, and JoAnne McGrath.

As Alice begins to confide in Shelly about her illicit affair, their friendship grows… and so does Shelly’s twisted obsession with her new employer. It soon becomes clear that Shelly has motives that reach further than a typical cleaning lady. Shelly wants to cleanse Alice’s entire life and will stop at nothing until she’s done.

Alexis Kendra graduated from the American Academy of Dramatic Arts in Hollywood. She then joined the midsummer Shakespeare program at Oxford, accredited by UCLA and run in association with UCLA and Yale School of Drama where she joined productions of Romeo and Juliet, Twelfth Night, and The Taming of the Shrew.

Other theater credits include Michael Weller’s Moonchildren, and Tennessee Williams’ Summer and Smoke. Alexis has also appeared in several notable TV shows and feature films including Criminal Minds, Days of Our Lives, Big Ass Spider and Goddess of Love, the latter of which she co- wrote, produced and starred in. Alexis recently wrote and produced the film Viper starring Missi Pyle and Omar J. Dorsey. Interestingly, The Cleaning Lady began life as a short she wrote, produced and played the burn-victim antagonist Shelly in.