Scientists at the University of California, Los Angeles discovered new Nazca lines. Although not exactly in Nazca, but in the Chincha Valley, located in the vicinity of Nazca. The geoglyphs are associated with the Paracas culture, which was located around 350 kilometers south of Lima, and is 300 years older than the Nasca culture. (About 400 – 100BC). 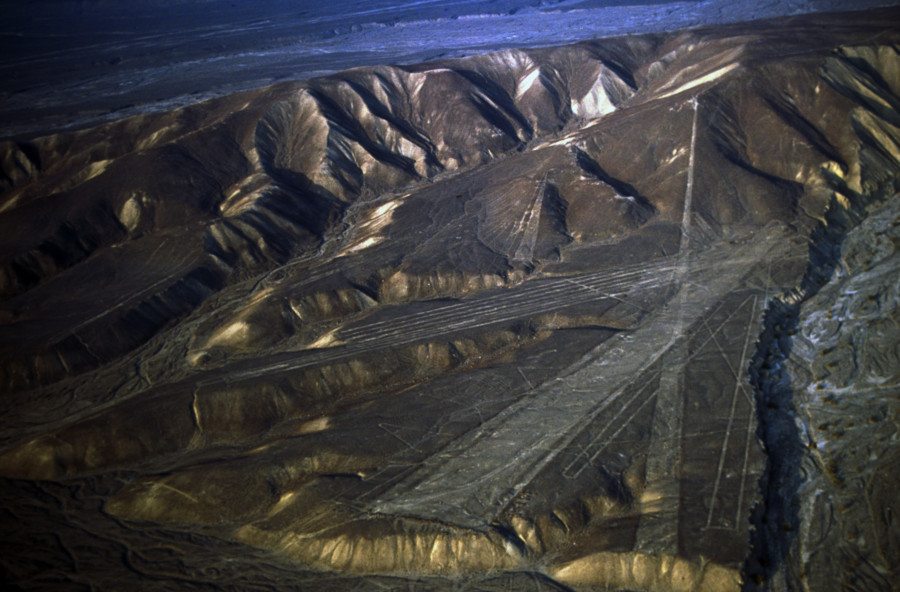 In the “proceedings” of the US National Academy of Sciences [1], Charles Stanish, the head of the academic team, reported about 71 geoglyphs, all spanning across platforms and pyramidal, running along lines reported to be several kilometers in length. Phenomenal! And because the new lines are older than the network of Nazca, the mystery is finally solved. The Nazca Indians simply copied what had already been done by their predecessors of Paracas.

This could be. There are several scientific datings of the Nazca geoglyphs, which point to the lines being fairly young (between 200 and 600 AD) [2]. But none have found which line is the oldest, or which is the origin of all the lines so to speak. Who began the lines and when? And why did the later generations copy the exhausting work in the hot desert? Experts note that many of the new lines in the area of Palpa aim toward a point where the sun went down 2300 years ago on December 21. It was part of ritual acts. The Paracas cultures created an artificial landscape in the desert to celebrate recurring social events. 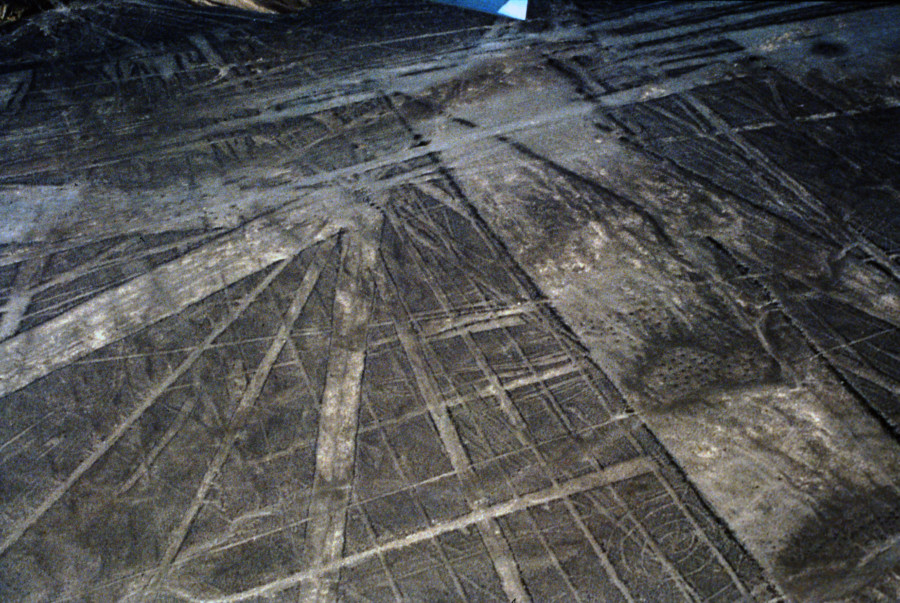 Once again, it comes to the calendar. To operate their agriculture, the “social societies” needed to know when the climate changed. As if they could not read out on a wooden stake, a rock wall marker, or simply the annually recurring changes of nature. And if you already have a kilometer-long line on the angle of the winter sun or another turn, why build hundreds more of them? Also, it’s not only about lines – narrow in width, with similar slopes – but also figures that can only be seen from the air: spider, hummingbird, monkey, or a 29 meter-high figure carved into a hill. The latter is not far from the city of Ica, in the Paracas area, where the natives hammered a giant helmeted figure into a rocky plateau so that it is visible only from above. Lastly, many of the Nazca Palpa lines are not on a calendrical point at all. So what were they doing? 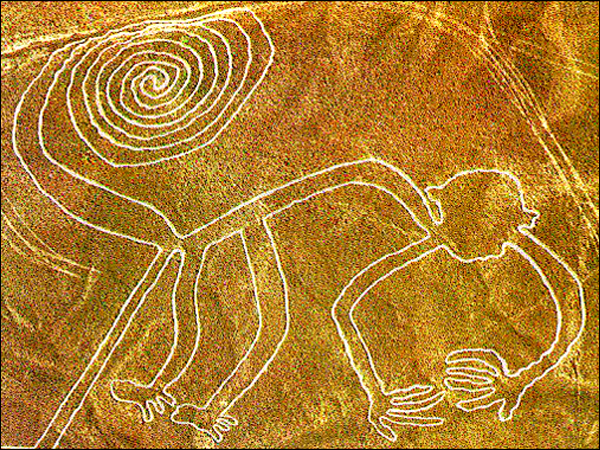 The calendar option and the “social events” may be honorable proposals, but they are not scientifically as important as other lines and skyward-oriented figures that are not included in the model. The most important part of Nazca Palpa is excluded. Sure, there are some lines on calendrical points. I do not dispute that. But what about the skyward-oriented geoglyphs in Jordan, Saudi Arabia, the Aral Sea, or South Africa? What about the hundreds of figures from the Colorado River (United States) to Mexico? From the Rockies to the Appalachians on the north side of America? Worldwide, this involves tens of thousands of lines, characters, figures, and wheels [3]. Many cultures, which were not related, who knew nothing of each other, created huge figures in the ground. Did they all have the same needs, the same whimsy? When will we finally understand the global nature of this phenomenon?

Surely it cannot be true that the thousands of carved drawings on other continents be compared with the Nazca? And how long will it take the academic world, how long until clever scientists finally involve the ancient texts? Especially those texts, which came from many ancient cultures and report prehistoric aviation? [4, 5]. The images, lines, and figures on the ground were clearly reflected in ancient literature. The relationships are obvious and the texts compelling. I suppose the ideologies of our Stone Age ancestors were similar all over the world. These were always signs for the gods to signal those who were moving in the sky.

Scientific statements should be compulsory – but with respect o the Nazca however, they are not. On one hand, it is unscientific to make the proper assessment by showing some lines on calendrical points, while on the other hand excluding the questions about why the Palpa Indians leveled an entire hilltop and then carved a zigzag line on the flattened surface. Additionally, this wide Pista zig-zag line has no calendrical cardinal point. Years ago, geomagnetic measurements proved strong magnetic changes under this Pista along the angled lines. A quote from the scientific report states: “the geomagnetic measurements revealed clear indications of subsurface structures that differ from the surface geoglyphs. The high-resolution geoelectric images show unexpected resistivity anomalies underneath the geoglyphs down to a depth of about 2 meters.” [6] These additional scientific findings, published in Science magazine, find no resonance of social events.

They leave us with calendar and social cults as explanations, while revealing something mysterious in the soil along several lines. We are left to wonder what methods and tools the indigenous peoples used to chip away at the mountaintop. What was their motive for the hard work, and where is the excavation material? And the same science that delivers the eternal calendar conclusion cannot tell us why lines were created that are entirely unrelated to the calendar.

In Nazca Palpa, academic archaeology always turned a blind eye when it came to the gods. Involving gods in their model simply does not fit with their ideological thinking. Or flying crafts that once actually existed and have nothing to do with their religious-psychological dream models. We are not spirits that merely nod and assent if the offered answers are unsatisfactory. We keep researching and the drill continues. 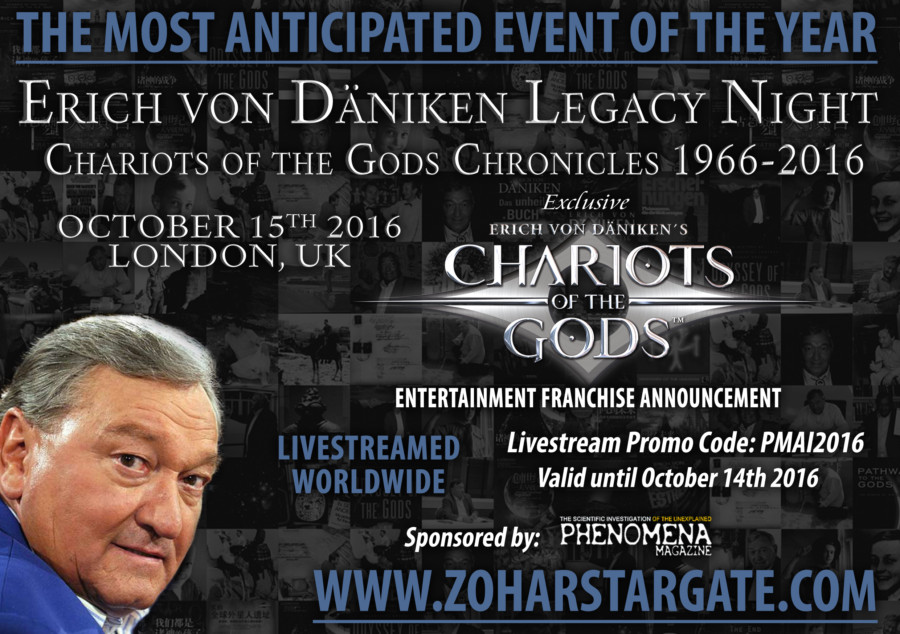