After Hours | AM Storytellers 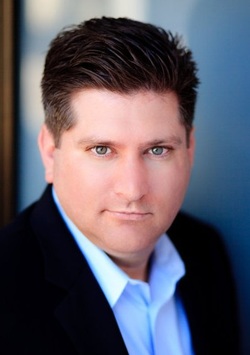 Marc worked at Scientology’s secret desert compound, which houses all Scientology management, for 15 years, from the age of 16. The 500 acre property is located deep in the California desert. It is the location of a multi-million dollar home for L. Ron Hubbard, built two decades after his death. It is the home of Scientology’s current leader, David Miscavige, and a multi million dollar building built just for him. So what really happens at the Int Base? How does Scientology conduct management of its day to day operations? Since Marc wrote his book, many ex scientologists have come forward and corroborated Marc’s testimony of armed guards, weapons, staff beatings, and razor wire fences at scientology’s headquarters. How could a facility like this exist in modern day America? Hundreds of staff tried to escape over the years. Some succeeded but were never seen or heard of again, most failed. Why were people kept here? What really went on at the headquarters of Scientology?  Marc is a published author and recognized human rights activist. His writings and public speeches have been broadcast on the Internet, TV & print media all around the world.  Marc has been exposing Scientology abuses since he left in 2005, including attending governmental symposiums to educate officials on the subject of scientology abuse.   Marc now designs and installs cutting edge  audio visual systems for museums and memorial libraries across the US,  He lives in Colorado with his wife and three sons.

Become an America's Most Haunted insider!