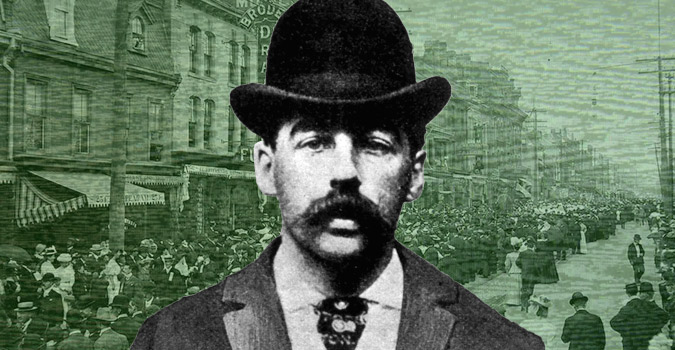 In a typical psychological profile, it’s ideal if I have access to the patient. I want to talk to them extensively and possibly even speak to collateral sources like family members, living victims, etc. But, in the cases I’ll be dissecting here, the perpetrators are generally…well…not available for comment. So while this is still a profile, of sorts, it reminds me more of a “psychological autopsy” in that I’m reviewing the records available to me to make after-the-fact hypotheses about why someone like H.H. Holmes behaved the way he did. 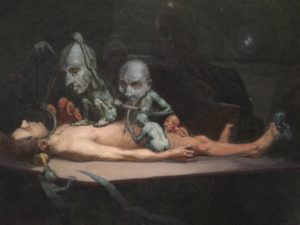 Let’s start with H.H. Holmes’ history. There are certain risk factors that can be seen in people who have acted violently and might be expected to do so in the future. In Holmes’ case, he scored on almost all of them! There was violence in his life before the murders – his father beat him; he had trouble with relationships – no real friends, a broken first marriage; he was fired from jobs; he had traumatic experiences; and violent attitudes toward others, as corroborated in his later testimony that he “hated” his parents, wishing them dead, and that he experimented on live animals for fun. This certainly set up Holmes for a life that was unlikely to be ‘easy’ or ‘charmed.’

Though he was certainly very smart, he wasn’t taught the basics of how to love another person – not by his family, or friends, or anyone else. He was groomed to be cold, calculating, and reserved about his desires – prominent family who guarded their reputation. In some ways, it was the perfect storm…

Add to this the fact that Holmes was also a born psychopath, and the stage was set for the cataclysmic events that he put in motion.

As an experienced forensic psychologist who has come into contact with hundreds of inmates and read evaluations of thousands more, I can count the others I’ve seen that are the likes of H.H. Holmes on one hand. As much as he was terrible, he was unique in that he was psychopathic, extremely intelligent, charismatic enough to fool most others, creative (various M.O.s), and prolific. This is rarely, if ever, seen in real life. My only conclusion is that people like Holmes are either exceedingly rare, or simply never get caught.

But I don’t want to fool you into thinking that I have him “all figured out.”  While it’s enticing to think that I could hop into a time machine, sit h 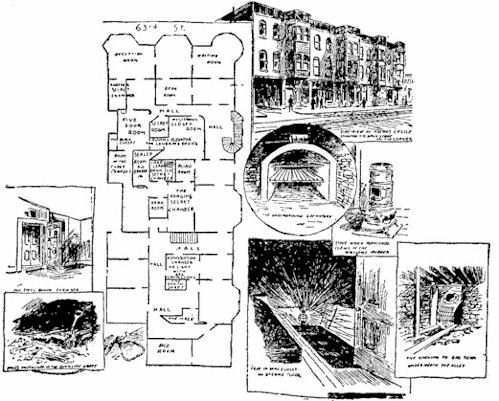 im down, and open up his brain to see all the nasty gears that made him tick. I actually know that his crimes aren’t what I’d want to be asking about anyway.  There’s only one thing about Holmes that I just cannot understand.

A piece of the puzzle that just doesn’t fit.

He did this while committing murder after murder in a castle of horrors that he had built for specifically that purpose. He did this while he chose to murder three of Benjamin Pitezel’s children in cold blood. And for the life of me, I can’t figure out why.

Narcissists sometimes think of children as an extension of themselves – and Holmes was surely a narcissist. In fact, he had long left a son (Robert Loverling Mudgett) behind in New Hampshire with his first (and only legal) wife, Clara. But he didn’t communicate with him…not like the contact he had with Lucy. And, yet… perhaps it wasn’t anything special about Holmes at all.

Maybe it was something about her.

Against all conceivable odds, Lucy turned out to be as kind as she was beautiful.  As a youngster, she wrote her father a heart-rending goodbye letter and sent it to Death Row in Moyamensing Prison (Philadelphia). Then she grew up to find employment with the rural county school system. During WW I, Lucy became the secretary of the local Red Cross, and wrote a play for school children about organizing Junior Red Cross workers to create aid packages for both civilians and soldiers.

Next, Lucy volunteered to teach in war-ravaged France just as the war concluded in November, 1918. She went on to marry twice, dying in 1956, now resting in a plot next to her second husband. But perhaps the most impressive thing about Lucy Holmes was that she was one of the few who were completely impervious to Holmes’ darkness. She was living proof that H.H. Holmes didn’t poison everything he touched, and that his DNA wasn’t a blight or a curse.

She is proof that life is what you decide to make of it.