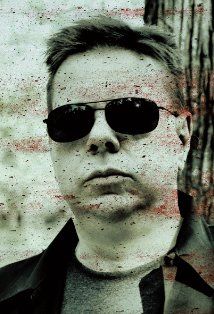 Steven A. LaChance is a renowned writer, broadcaster, speaker, producer. and director. His foray into the paranormal world came unexpectedly after moving his family into an oppressively haunted house.

The terrifying ordeal that Steven and his children lived through propelled him to found Missouri Paranormal Research, co-found the Paranormal Task Force, and develop the Humanistic Approach to investigation in order to help others.

“Fear House” is the account of his harrowing experience that premiered on Discovery Channel’s A HAUNTING in 2006. This story of the Union Screaming House became one of the highest-rated episodes of the popular series.

Steven’s book THE UNINVITED (Llewellyn Worldwide, 2008) is a documented account of what he and his children survived. His experience and quest for knowledge of the field gained the respect of his peers and he became a sought after contributor for other paranormal media projects.

Steven has been a part of numerous documentaries, including the Booth Brothers’ highly acclaimed films CHILDREN OF THE GRAVE and THE POSSESSED.

Steven has made a number of television appearances including on Fox News’ Mike & Juliet Show, NBC News, CBS News, and The Discovery Channel; and has been a featured guest on radio programs throughout the United States, Canada, UK, Australia, Asia, and South Africa.

The multi-talented LaChance has many credits as a stage actor, and his voice-over work includes commercials for Wendy’s and Shoney’s. He himself has interviewed people such notables as Geraldo Rivera, Anne Rice, Jay Barbree, and Mary Jane Popp.

His latest book, CRAZY, is being called one of the best paranormal books ever written, and Steven is releasing his third book, BLESSED ARE THE WICKED, through Llewellyn on September 8, 2014.